Potterheads Rejoice! You Can Now Have Your Very Own Collectible Quidditch Set 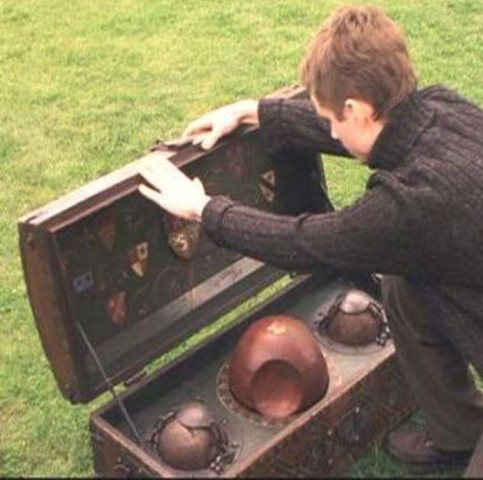 Love Harry Potter? Well, then you probably also love quidditch and wish you could take to the sky on your broom and hurl some bludgers at some chasers and seekers! Sadly, you can’t do that (well, you could – but it’d be on the ground), but you can have your very own quidditch set!

Running Press has the very first, officially licensed Harry Potter Collectible Quidditch Set, which will be available for purchase TOMORROW! The intricately designed cardboard box features the symbols for all the Hogwarts houses and a metal lock that you can actually lock with a set of keys that come in the box. Inside rest a quaffle and two bludgers. There’s even a Golden Snitch, although that’s the only part of the set that can’t be removed.

The set also comes with a 16″ x 24″ Quidditch poster. Wanna deck out your work space and show off your Potter Pride? The box itself fits nicely on a desk top, and you can hang the poster on your wall or cubicle. No one will doubt your allegiance to the Wizarding World again. 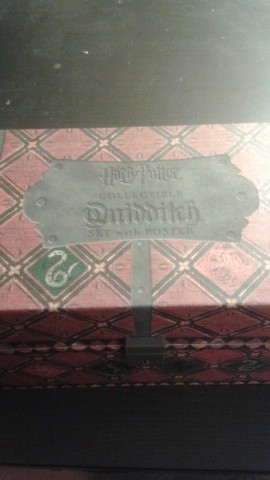 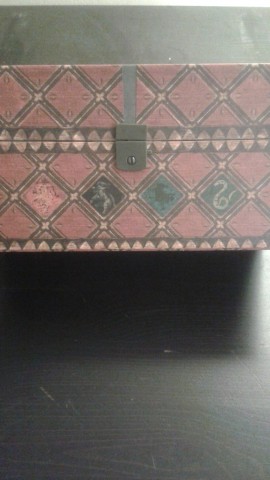 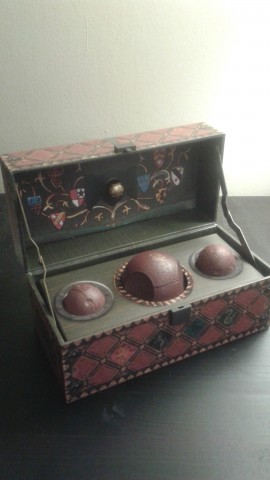 I love the attention to detail on this set, both outside and in. If you look at the photo above from Harry Potter and the Sorcerer’s Stone, you can see how close to screen accurate this little collectible is. The snitch, for example, is exactly where it should be in the lid of the box. Though it doesn’t come out, the area around it is painted to make it look like the snitch is coming out from behind the Hogwarts insignia.

The other three balls do come out of the trunk, and they are all super-sturdy and detailed. 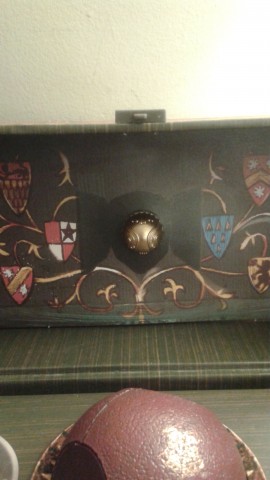 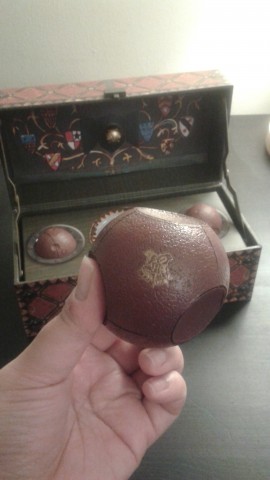 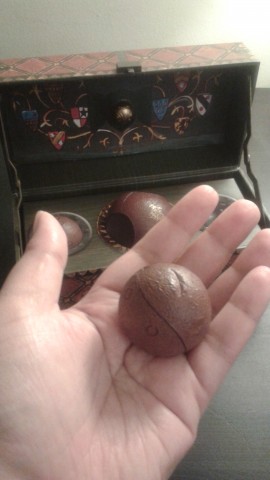 The level of detail on the the bludgers is pretty amazing. They’re all dinged up as if they’ve been hurled at countless quidditch opponents. So, this isn’t a brand new quidditch set; it’s a quidditch set that’s been to the Quidditch World Cup several times.

I have to say that, while this is pretty cool, there are certain things that I wish it had. Obviously, I wish they’d been able to include a snitch that could be removed from storage. I kinda wish there was a miniature Nimbus 2000 in there. I also wish the box itself were made of wood instead of cardboard. However, at a $29.95 price point, you get a high-quality product that will be a cool conversation starter wherever you decide to keep it.

Head on over to Running Press’ website if you want to snag one of these for yourself!