Review: Colette Is Everything You’d Want in a Queer Period Drama and More 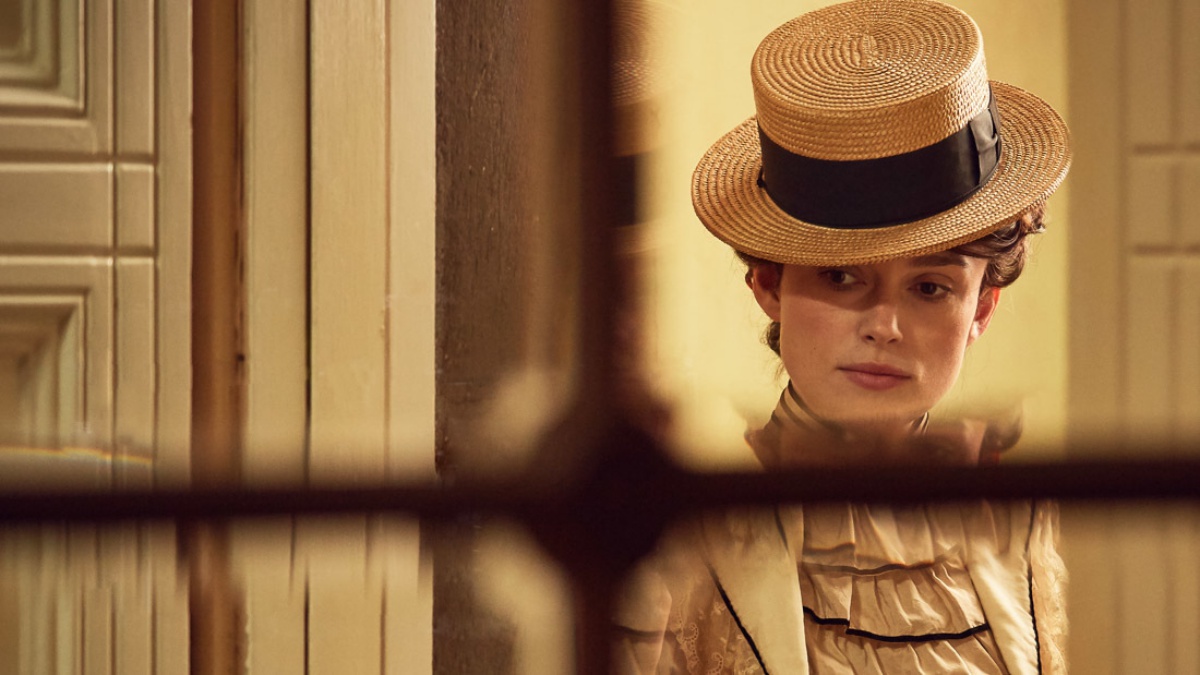 I was already excited about Colette. A period drama starring the queen of period dramas, Keira Knightley, playing one of France’s most iconic writers and bisexual icon of literature, Colette, spoke to me on every level. Getting to see the movie was a phenomenal experience that left me both moved by the acting and story of an icon, but also by just how fantastically gay it was.

Keira Knightley stars as our heroine, a young woman who falls in love with Henry Gauthier-Villars (Dominic West), known by his nom-de-plume “Willy,” a writer and publisher from Paris and part of libertine French intellectual circle. At first, Colette very much appears as a country girl outsider, but after an early conflict in their marriage where Willy promises to have her be a proper part of his life and inner circle, we get to see Colette grow into herself as a woman and as a creative.

Willy asks Colette to write a novel based on her childhood stories as a way to make money after his publication house struggles to turn a profit under the burden of paying employees (who write under Willy’s name) and supporting his own louche lifestyle. After initially dismissing the novel as “too feminine” they come back to it and release the books under Willy’s name, and Colette’s “Claudine” series becomes a massive success.

Keira Knightley is phenomenal, and it can not be understated how well she carries the movie. She masterfully transitions from metaphorical childhood into adulthood, not to mention capturing the charm and intelligence of someone like Colette. She is excellent and every outfit she wears deserves all of the awards. There is a scene where she walks in a suit and tie, and I felt my gay soul float above the ground for a moment.

Dominic West as Willy is also perfect, being at both the kind of intellectual mentor that is both alluring and infuriating. I turned to fellow TMS staff member Kaila Hale-Stern after the film as said: “I hate that he’s both the kind of man I despise, but also deeply attracted to.” Willy may be an antagonistic figure, but that is because as progressive he may be about sexuality and women overall, he enjoys and uses his power as an elite white man in society to get ahead. Colette may be his intellectual equal and his superior in writing, but when he needs to control her that doesn’t matter.

Colette’s bisexuality is treated with romance and not just sexual intimacy, especially through her relationship with Missy (Mathilde de Morny, played by Denise Gough). Missy is one of the most interesting explorations of sexuality in the movie, because although the era Missy lived in did not have the language for it, he (that is the pronoun used in the movie) lives his life as a man. It is debatable if that is a proper depiction of Mathilde de Morny (hence why I don’t personally take umbrage with a cis-actress in the role, but I leave final judgment to trans activists on that issue), but the movie does treat Missy with dignity and not as a substitute romance for Colette.

The director, Wash Westmoreland, is himself a gay man and when interviewed by Variety he told them: “I am a queer filmmaker, and with my partner Richard Glatser, who I wrote this with, we always looked for stories that combined the straight world [and] the queer world. There are queer people throughout history, and they have relevance, and they have agency, and this is their story.” In addition to Westmoreland and his partner, this movie was co-written with Rebecca Lenkiewicz, who co-wrote the Oscar-winning foreign film Ida.

Even more so than capturing a piece of history from the viewpoint of a woman and a bisexual woman at that, what also connected with me was listening to how Colette talked about writing. It was a grueling process for her and while she loved it and felt compelled to do it, it was also emotionally draining and crushing at times. There is a part when she talks to another writer and asks if he likes writing and he responds: “God no, I do it to keep me from going mad.” That got me. That duel desire to create, but also hating the process of making that monster take form.

Colette is a smart, funny, gorgeously shot and costumed drama that tells the story of a fascinating woman in Western literature who is both well-known, but underappreciated. I do wish we could have seen Colette in her messy years, but still, it ends on the high note of Colette’s future independence, and that is powerful.