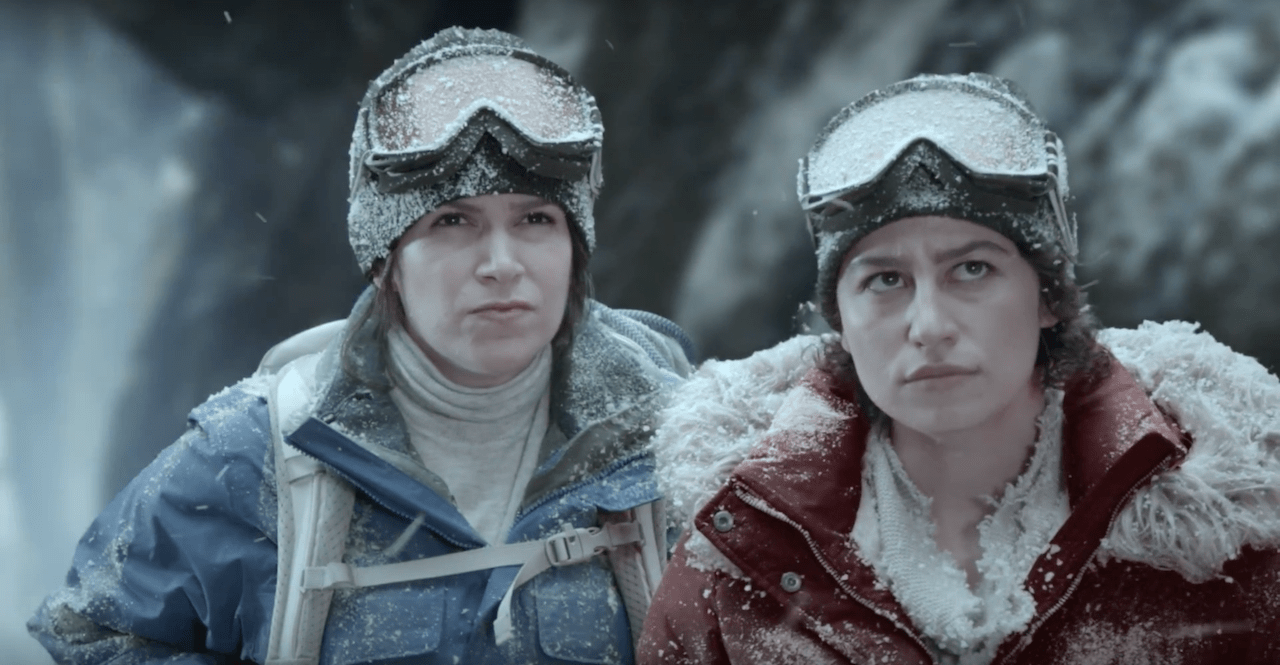 As reported by Revelist, Broad City co-creator Ilana Glazer was doing a set at a Lower East Side club Wednesday, when she felt compelled to warn women in the audience about a New York man she’s heard tries to pick up girls by claiming he’s a writer on her and Abbi Jacobson’s show.

Glazer pointed out that “there’s, like, four” writers on Broad City, and ”Abbi and I are, like, two of the four,” so when she heard someone mention this man’s name in connection with the Broad City writers room, she knew something was up.

In addition to allegedly telling women he writes for the show, Glazer says this man also repurposed pictures of the cast, as well as an image he found of the Broad City office, to make his lie more convincing. You can hear Glazer’s account of the tale here.

I totally understand why Glazer was so squicked out by this news. Broad City is a show made primarily by women, about women; it’s groady to think a guy might be not only taking undue credit for their work, but also using it to trick ladies intro trusting him.

There’s also something very disconcerting about a man recognizing Broad City‘s appeal, but, rather than going “hey! women enjoy comedies that see them as humans; maybe I, as a man, can learn something from that,” instead he chose to use the show’s success to manipulate people. If what Glazer has heard is true, this guy thought it made more sense to build a lie so elaborate he needed fake evidence to support it, than to try and learn how to develop healthy relationships with women.

I’m not interested in shitting on this guy in particular (although, if you are a New York woman and a man hits on you by saying he works for Broad City, do your research before taking it further). What’s more important to me than shaming one man is pointing out that, although his decision to concoct a fake Broad City job to impress girls sounds pretty far out there, the mindset behind this type of creepy, manipulative behavior isn’t uncommon.

In my own anecdotal experience, most of the communities I’ve belonged to in my life have included at least one guy who was a serial cheater, liar, or dick-pic-sender. Often, women on the receiving end of those behaviors believed it was an isolated incident, or even that they were somehow to blame—until they were able to compare experiences with each other.

That’s what’s important about this story, in my opinion: when women talk to other women, men’s bullshit gets dragged out into the open. That’s why “gossip” has so many negative connotations. If women in a community talk openly and without shame about their experiences, serial douche-canoes know that their pattern of bad behavior will emerge. Men rely on gossip-shaming to keep women silent and ‘polite’. Of course, women are capable of being repeatedly terrible to their partners as well, but I’d argue there’s less gendered pressure on men to stay quiet or accept the blame when someone they’re involved with turns out to be a liar or a creep.

If you’re a man who habitually lies or otherwise manipulates women, let this story be a cautionary tale, a reminder to get out of the game while you still can. When the women you’ve wronged talk, they’ll put two-and-two together, and you probably won’t like the results—especially if one of those women has a friend who’ll call you out on your bullshit on-stage.