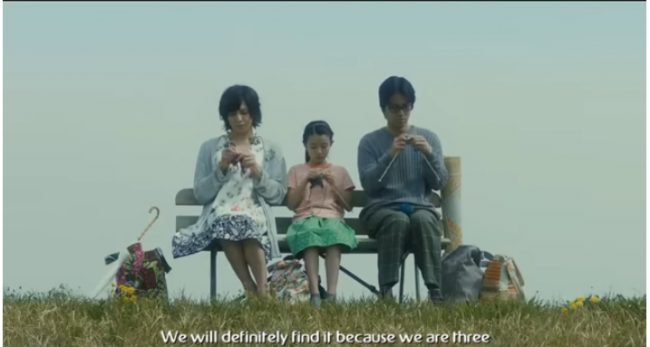 Japan just premiered one of its first mainstream LGBTQ movies about a trans woman, and the response has been pretty positive overall.

Close-Knit centers on the story of one young girl, Tomo, who moves in with her uncle Makio and his partner Rinko, who identifies as a trans woman. Things are a bit rough at first, but eventually the three settle into building stronger bonds with each other. The film is a touching portrayal of life as a trans woman, and it’s because of this tenderness that it’s seen as something of a pioneering film in Japan.

Representation of gender non-conforming individuals in Japanese pop culture often comes by way of hyper-feminine, flamboyant, almost caricature-like portrayals in movies, television, and video games. For a mainstream title to try to take on such an issue is nothing short of groundbreaking.

That aside, it certainly bears mentioning that they cast Toma Ikuta, a cis male actor, in the role of Rinko. As you and I and all of us here already know, casting a cis male to play a trans woman is problematic at best and could be, at worst, highly damaging to the greater acceptance of trans women within society at large. This is something that the director, Naoko Ogigami, is fully aware of. She explained her reasoning behind the casting to Fusion’s Isha Aran, saying, “There are some transgender TV stars like comedians and people accept them, but I couldn’t find any transgender actors in Japan. It’s still very hard for them to come out, and I couldn’t find any transgender actor as good as [Ikuta]. That was very a big problem. But I think he did a good job.”

As someone who’s written about trans representation in media before (and as a trans woman myself), I find it a bit difficult to drop too much praise on the film because of this fact. I’m fully aware of how differently Japanese culture treats LGBTQ people versus how we do over here, which is why I find myself riddled with hesitation.

I can appreciate and fully enjoy the fact that the film itself is a groundbreaking one, and its story could very well do loads to help with wider acceptance of trans people in Japan (and hopefully beyond). But that being said, I’m still put off by the fact that such a groundbreaking film still just so happens to carry with it the very dangerous subtext that plagues the films we have here, which is that trans women are still male in some way, shape, or form.

I’m glad that Japan has a mainstream movie to look towards that has a respectful, thoughtful portrayal of a trans woman. I can only hope that this means the door to wider acceptance is opening more for trans women, and thus, trans women actresses. I certainly look forward to the next mainstream film with a similarly well thought out story that stars a trans woman.