“Clean Up Your Mess, Kevin”: Rep. Hakeem Jeffries Tells Republicans to Worry About Themselves 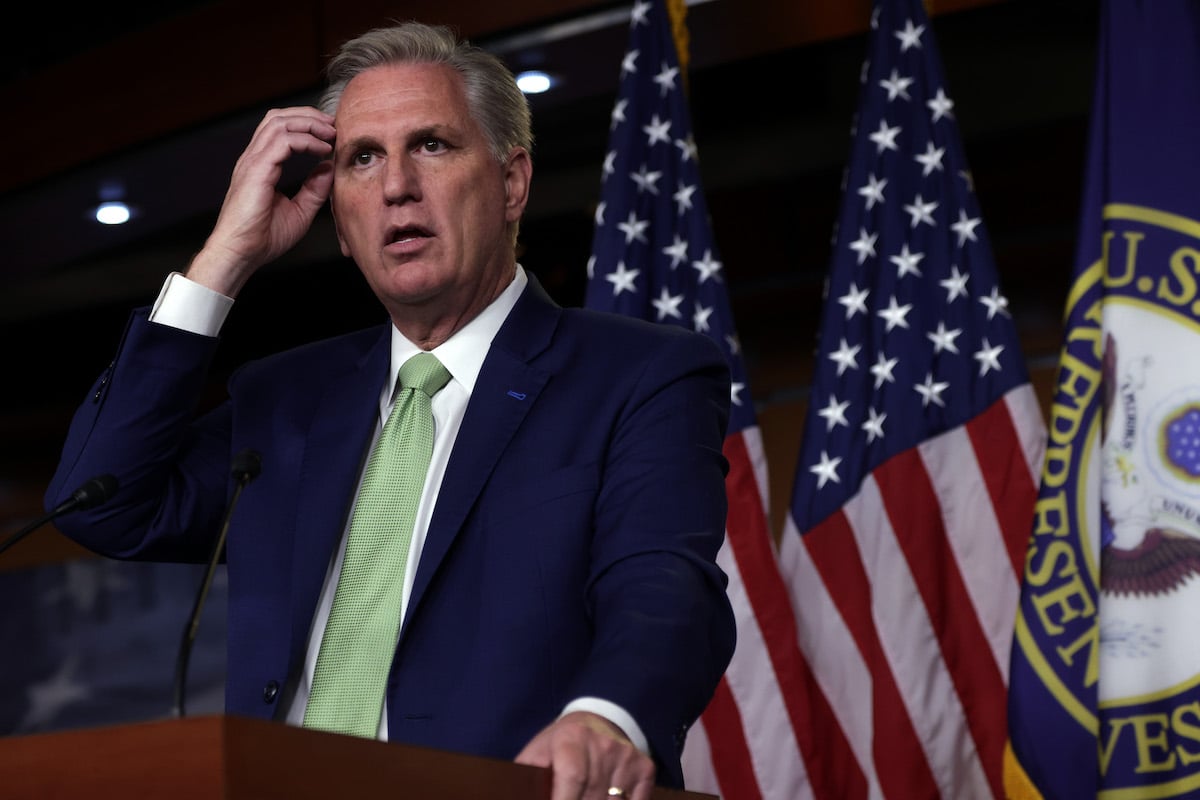 House Minority Leader Kevin McCarthy is pushing for a House vote to formally censure Rep. Maxine Waters over comments she made this weekend while visiting Brooklyn Center, Minnesota to show support for protesters.

“We’ve got to stay in the street and demand justice,” Waters told reporters, per CNN. As the country waits for a verdict in Derek Chauvin’s trial, Waters said, “We’re looking for a guilty verdict” and that if that doesn’t happen, “then we know that we got to not only stay in the street, but we have got to fight for justice.”

He also criticized Waters for breaking the city’s curfew, but as Waters pointed out, a police-imposed curfew to silence people protesting police violence is an unjust rule and doesn’t deserve to be heeded.

Still, McCarthy and other House Republicans are pushing for a vote to censure Waters, likely to happen Wednesday. It’s absolutely ridiculous for so many reasons. These are the same people who did semantics backflips to convince themselves that when Donald Trump told his protesters to “fight,” he wasn’t calling for violence, even though they immediately went and violently breached the Capitol building.

But when Waters says protesters need to be “confrontational,” they assume she means violence. The double standard is hypocritical, it’s racist, and it’s in total bad faith.

.@AOC on Republican effort to censure Rep. Maxine Waters: “For a bunch of people who care so much about alleged cancel culture, they’re out here trying to censure everybody in the book for anything they don’t agree with.”

Moreover, it’s just incredible that these Republicans feel the need to condemn Democrats, given the state of their party–the party that includes Matt Gaetz, Marjorie Taylor Greene, Lauren Boebert, and so many more toxic trash fires.

Wait, they’re going to censure Maxine Waters, but a guy who walked around showing pornographic photos on the floor of the House is just hunky-dory?

Speaking to reporters, Jeffries said McCarthy “should focus on his own conference, because the Republicans in the House are a mess right now.”

“When you’ve got a situation where Lauren Boebert is a mess, Matt Gaetz is a mess, Marjorie Taylor Greene is a mess–Clean up your mess, Kevin,” Jeffries said.

“Sit this one out. You’ve got no credibility. Here, we support peaceful protests.”

For the record, in an interview with The Grio, Rep. Waters clarified what didn’t really need clarifying for anyone but those interpreting her words in bad faith: that she is “nonviolent.”

She also said that she is “not intimidated” and she is “not going to be bullied” by Republicans because this is just what they do anyway, all the time, no matter what.

“Republicans will jump on any word, any line and try to make it fit their message and their cause for denouncing us and denying us, basically calling us violent … any time they see an opportunity to seize on a word, so they do it and they send a message to all of the white supremacists, the KKK, the Oath Keepers, the [Proud] Boys and all of that, how this is a time for [Republicans] to raise money on [Democrats] backs,” Waters said.