"They're scientists or soldiers, in addition to being people. And then, also, they're women." - Clark Gregg 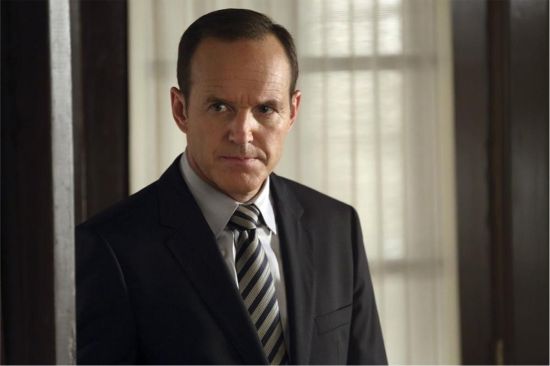 In an interview with CBR, Clark Gregg opens up a bit about his view on how Marvel has been handling its portrayal of female characters. He also shared a bit on where Agent Coulson is now versus where he was when he first hit the MCU.

If you’ve been keeping up with Agents of SHIELD, you’ll know that there’s recently been some serious changes in the agents’ lives. Skye is Daisy Johnson is Quake, Simmons is trapped in a Kree artifact, and Coulson is now minus one hand (minus two if you count poor, poor Victoria). But perhaps the biggest change in this past season has been the growing prevalence of super-powered beings on the show, namely the Inhumans.

Balancing superpowers with the human element is something Gregg is conscious of. When asked about his feelings around the Inhumans being incorporated into a show that was initially introduced as a show focusing on the non-superpowered perspective, he said:

I think the reason we have a show is, much to Marvel’s surprise, a character like Phil Coulson, that they introduced in the first Iron Man movie, who is a person who was very normal. He had a lot of skills and a background that was a little bit surprising when it finally got revealed, but he’s a person whose character and his wits are the only thing unique about him. And that turned out to be something that made fans feel like he was their representative in a way that was very resonant.

I think that’s what’s so special about our show is that, still, the core of the show is humans. Even many of the Inhumans are far from immortal. They’re very killable. And to have the person who he comes to care about most in the world is someone who helps to engineer a transformation for, that’s a very unique position to be a person who’s organizing these new people, these Inhumans into an elite team to either protect or contain them as they arise.

In addition to some badass superpowered Inhumans, Agents of SHIELD has consistently done its best to promote and highlight the achievements of its female characters. They’ve also added a new character, one working opposite Coulson’s aims of finding Inhumans, played by Constance Zimmer. To Gregg, Marvel has done well in its portrayal of female characters. He said:

I like the fact that it doesn’t so much identify them in a way that plays into any clichés about what a woman character might be like. They’re professionals who have to kind of weigh the balance between heart and a job. Morality, and kind of a larger picture that makes them have to make very difficult choices. They’re scientists or soldiers, in addition to being people. And then, also, they’re women.

To him, they’re strong characters first. They face a unique set of challenges, to be sure, but he seems confident in the way Marvel has been handling their portrayal. While we have our own viewpoints on that, it’s still nice to hear good sentiments being echoed from the other side of the curtain, as it were. Do check out the full interview over at CBR for more!