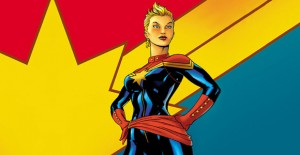 News has come out of the Marvel retreat, a semi-annual editorial event in which writers and editors brainstorm and plot out the next several years’ worth of storylines in the Marvel universe–and the info we’re getting now is intriguing. Past retreats have allowed writers to come up with the famous story arcs “Civil War”, “Age of Ultron” and “Winter Soldier”. (Sound familiar? These were all adapted into movies in the MCU.)

Marvel writers such as G. Willow Wilson (Ms. Marvel), Dan Slott (Amazing Spider-Man) and Brian Michael Bendis (Jessica Jones) were joined by Ta-Nehisi Coates, who is officially joining the Marvel writers’ club with his authoring of the Black Panther comic. Bendis and Marvel editor-in-chief Axel Alonso revealed what we can expect in “Civil War 2”, which will be the follow-up to the “Civil War” arc that’s been adapted into the movie coming out May 6.

A mysterious new Marvel character comes to the attention of the world, one who has the power to calculate the outcome of future events with a high degree of accuracy. This predictive power divides the Marvel heroes on how best to capitalize on this aggregated information, with Captain Marvel leading the charge to profile future crimes and attacks before they occur, and Iron Man adopting the position that the punishment cannot come before the crime.

Hmmm. Seems like Mr. Stark is the common denominator in all of these Civil Wars–but anything that provides Captain Marvel a chance to really step to the forefront as a character is promising, especially given the recent delay of her solo film to a 2019 release.

It also looks like the plot of “Civil War 2” is going to involve the death of a major superhero–but which one? Obviously, that’s under wraps for now–but given that Marvel has used these brainstorming sessions before as a way of plotting out some of the best storylines, hopefully this newest arc will be something the readers will connect with.