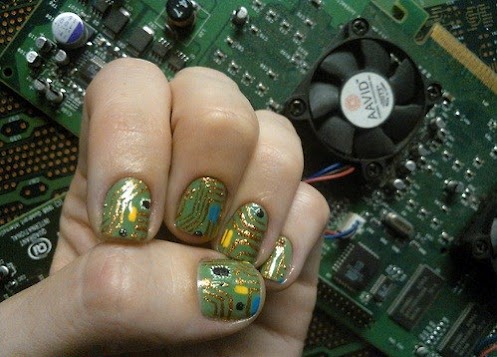 Nail Pop offers no tutorial, no how to, and no explanation for these fabulous nails, so I am forced to conclude that they did it by black magic.

Just kidding, the more likely explanation is that they’re robots. I mean, look at those nails!