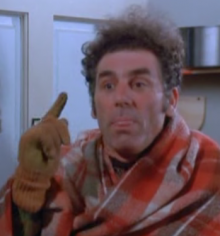 It’s no coincidence that you pop wide awake just moments before your daily alarm buzzes to life: Humans, and possibly all other living creatures, have an internal circadian clock that ticks along 24 hours a day. This clock controls everything from sleep cycles to migration patterns, and has even been found in life as basic as algae.

Scientists previously assumed that these rhythms were connected to DNA and genes, but a new study from the Institute of Metabolic Science at the University of Cambridge has pinpointed the origin of the circadian clock to red blood cells (which don’t contain DNA). The study was conducted by isolating red blood cells and observing their peroxiredoxin protein levels, which were then discovered to be responsible for the 24 hour clock. Much like we need an internal clock to chaperone our bodies throughout the day, individual cells need a clock to plan out their own routine.

Leader of the study, Andrew Millar of the University of Edinburgh’s School of Biological Sciences:

“This groundbreaking research shows that body clocks are ancient mechanisms that have stayed with us through a billion years of evolution. They must be far more important and sophisticated than we previously realised. More work is needed to determine how and why these clocks developed in people – and most likely all other living things on earth – and what role they play in controlling our bodies.”

Determining the source of our circadian clock is crucial to comprehending numerous medical problems linked to disrupted sleep cycles, for example, cancer, diabetes, and other metabolic disorders. This newfound knowledge will give way to improved therapies, and enhance our understanding of one of the most fundamental facets of life.