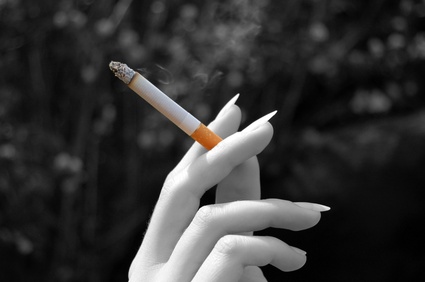 Smoking is bad for your health. We’ve known that for decades. Now, the focus is turning more towards “how bad is it”  and “when is it the worst,” either so smokers who can’t give it up can smoke “safely,” or just because we’re curious. According to a new study in CANCER, the journal for the American Cancer Society, the answers to those questions, respectively, are : “It’s really bad” and “it’s even worse first thing in the morning.”

Now, if you talk to a smoker, they’ll probably tell you cigarettes are the best in the morning, and at lunch, and right before bed, and after a few drinks, but the study shows that compared to smokers who wait an hour before pulling out the pack, smokers who light up within 31-60 minutes after waking up are 1.31 times more likely to develop lung cancer, and smokers who smoke a bogey in the first 30 minutes are 1.79 times as likely.

The study suggests that “[i]t may be a combination of genetic and personal factors that cause a higher dependence to nicotine.” That statement lays bare what might be the underlying logic of this discovery. After giving some thought to our good friend post hoc ergo propter hoc, it makes sense to think that maybe it’s not the act of smoking in the morning that raises risk, but rather the fact that people who are likely to smoke early in the morning probably have a more intense nicotine dependence and just smoke a lot more often. Still, I suppose if you are going to sit down and smoke 7 cigarettes at once, you might as well wait until you’ve been awake for at least an hour, and are near a bathroom. Can’t hurt anymore than doing it in the first place.