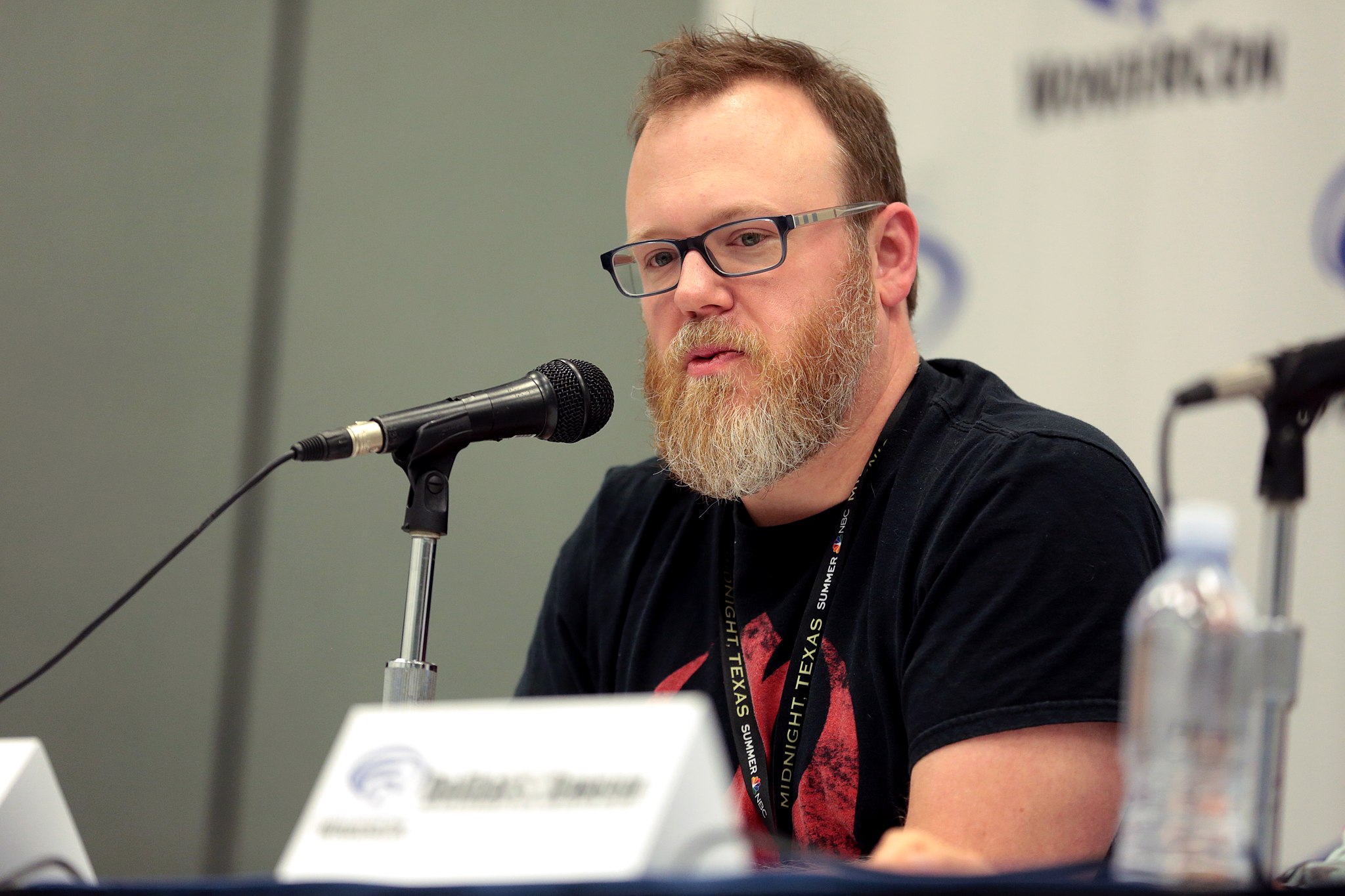 Chuck Wendig isn’t going anywhere. Despite his controversial firing from Marvel Star Wars comic Shadow of Vader, he’s still turning out fantastic project after fantastic project. Today, Entertainment Weekly released a first look at his upcoming novel Wanderers, which is set to be published on July 9 of next year.

“Shana wakes up one morning to discover her little sister in the grip of a strange malady. She appears to be sleepwalking. She cannot talk and cannot be woken up. And she is heading with inexorable determination to a destination that only she knows. But Shana and her sister are not alone. Soon they are joined by a flock of sleepwalkers from across America, on the same mysterious journey. And like Shana, there are other ‘shepherds’ who follow the flock to protect their friends and family on the long dark road ahead. For on their journey, they will discover an America convulsed with terror and violence, where this apocalyptic epidemic proves less dangerous than the fear of it. As the rest of society collapses all around them — and an ultraviolent militia threatens to exterminate them — the fate of the sleepwalkers depends on unraveling the mystery behind the epidemic. The terrifying secret will either tear the nation apart — or bring the survivors together to remake a shattered world.”

Along Shana’s journey, she will encounter a rock star, a devout religious radio host, and a disgraced scientist. The article on the book teases that Shana, or possibly her sister, might be the last, best hope the country has. Wendig’s Star Wars Aftermath trilogy is a damn near perfect ensemble piece, with each character going on a rich journey.

These characters detailed for Wanderers have the signature Wendig uniqueness about them already, and I know next to nothing about them. Wendig’s greatest strength might be his character work, so I’m excited to fall in love (or love-to-hate) with the characters inhabiting this America.

The article also includes an excerpt of the opening of the novel. It’s excellently moody and atmospheric, like the air before a proper Midwestern summer storm. Wendig crafts enough detail to make Shana and Nessie’s relationship already compelling, and Shana’s protective streak, as well as Nessie’s hopeful nature, shine through. I already need to know more about Nessie, and about what makes Shana tick.

The way Wendig describes the strange affliction affecting Nessie is also riveting. We, as the readers, know from the summary that it will not be easy to wake her up, but it’s hard not to find humor in Shana’s attempts to bring her back. I already have to know exactly what’s affecting her—the mysterious comet that flew overhead, maybe?—and what it means for the country.

Wendig’s politics also intrigue me when it comes to this book. The general state of the nation is starting to spill over into our fiction, and given that Wendig’s political views tend to fall in line with mine, I’m excited to see how this manifests in his novel. If he could write a meditation on healing in a post-war world that made Star Wars a richer place, then his take on a modern America is bound to be downright fascinating.

(As a fan of his work, writing this past tense also makes me curious as to what he’s planning with the novel, as his other books that I’ve read tend to be in present tense. Is it a clue, or simply a stylistic change?)

Count me in for the novel and any adaptations that might come forth from it.