Time to dig into those conspiracy theories. 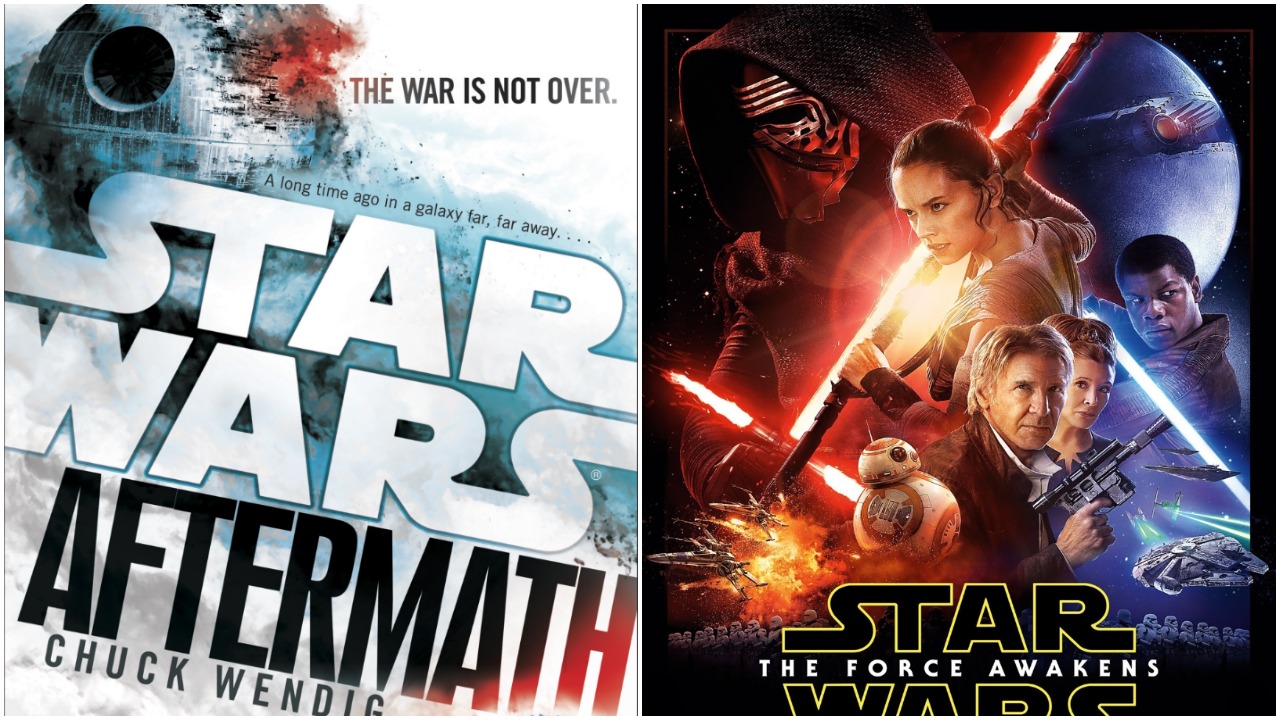 I am a huge fan of the Star Wars novels for both their diversity and the way they explore the Star Wars universe. From novels centered on existing characters like Leia (Bloodline and Leia: Princess of Alderaan), Padmé (Queen’s Shadow), and Han (Last Shot), to those centered on original adventures (Lost Stars, Inferno Squad, and Twilight Company), these stories explore the world in new, exciting ways, filling in gaps and teasing the future. My favorite of these stories has always been the Aftermath series by Chuck Wendig.

While I love the characters and inclusion in the book, I’ve always wondered if the series had any bearing on the future of the films. The books have three subplots that feel incredibly tied to the sequel trilogy: Palpatine’s contingency plan, Leia’s pregnancy with the future Kylo, and the Acolytes of the Beyond. The books also culminate in the famous last stand of the Empire over the planet Jakku. You know, Rey’s home.

Now, before we go any further, the obligatory disclaimer: this is speculation, and I don’t know myself how much oversight the story group or Lucasfilm had with these books. I also based my Snoke theory on these books and I was highly wrong about that. Still, things seem to be coming into place, and if these books have foreshadowed some of Rise of Skywalker, I’m going to be really happy.

Palpatine’s contingency plan is something put into place by Gallius Rax, a counselor to the Emperor who was found on Jakku 42 years before as a child himself. Rax was intent upon fulfilling the Emperor’s last wish, which meant engaging in an ancient ritual near the core of Jakku as the Empire staged a battle overhead. Many Sith artifacts were collected in the “Observatory” on Jakku, and a former advisor wearing some of these artifacts was thrown into the core, igniting a chain reaction.

However, Rax was killed, and the chain reaction was stopped before it could destroy the planet. The woman who killed Rax, Grand Admiral Rae Sloane, then fled to one of Palpatine’s Star Destroyers hiding in the Unknown Regions, therefore founding the First Order.

What does this have to do with the sequel trilogy? Outside of the backstory on the First Order, it’s also set on Jakku, the home of heroine Rey. The contingency plan implies that Palpatine had a feeling that he would be de-throned after a while, and wanted to be ready to get his revenge by taking out both Empire and Rebellion. Given that Palpatine is making an appearance in The Rise of Skywalker, it would make sense that his contingency plan somehow comes into play. Maybe the desert planet we see in the trailer is Jakku?

The Acolytes of the Beyond are also related to the obsession the books have with Sith artifacts. The Acolytes are Dark Side fans seeking relics—namely Vader’s saber—in order to resurrect the Sith Lord himself. They might be the precursors to the Knights of Ren, who are rumored to appear in this film. Given that Kylo speaks to the burned helmet of his grandfather, could he be an Acolyte himself?

(Now I’m wondering how Kylo came to possess the helmet in the first place; was it found and given to him, or did he retrieve it from Endor, where the remnants of the second Death star probably crashed and where Rey and friends might be headed in The Rise of Skywalker?)

Leia’s pregnancy also, of course, ties into the sequel trilogy. As I talked about in my first theory post of the day, Aftermath: Life Debt features Leia sensing a dark presence haunting her still unborn child. The popular assumption is that it was Snoke, but what if it was Palpatine’s malevolent energy haunting the Skywalkers after his death? He could have been continuing to manipulate the Skywalkers towards destruction, but never expected a child, yet another Jakku orphan, who might rise up as the Light.

I’ve wondered if Rey’s “nobody” parents might not have been former Imperials. Perhaps Rey came from the Dark Side, though not from any known family. We could keep the Last Jedi parentage twist while still adding to her legacy, especially if Palpatine is involved and there is a return to Jakku. Though I have to admit, the more time passes, the more I like her being a nobody.

One thing is for sure: we won’t get any answers until December. But if you’re looking for theory fodder (and great characters), then there are worse places to look then the Aftermath books.