I wasn't aware "buddy" was gendered? 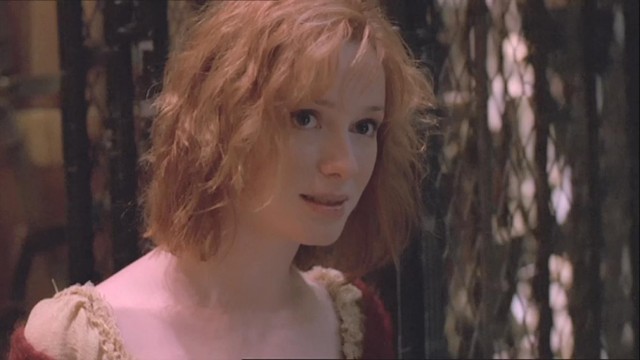 I didn’t know that I wanted, nay, needed a singing Christina Hendricks in my life, but that’s the magic of movies, folks. It’s all about anticipating demand.

According to ScreenDaily, Mad Men‘s Hendricks is attached to star in The Hurricanes, a buddy comedy about a struggling former pop star attempting to get her band back together. Here’s ScreenDaily’s description:

The script follows Kim Ayers, who twenty years earlier was the perkiest member of a hit 80s girl-band, The Hurricanes. Today, she works as a children’s entertainer and struggles to raise her daughter alone. But things seem set to change when an iconic Hurricanes tune is sampled by top rapper MC Freak and shoots straight to number one.

Kim tracks down Freak but soon discovers that a dodgy contract proves he owes her nothing. Nonetheless, struck by her fighting spirit, he offers her a lifeline. He will let her perform with him, but there’s a catch. He wants all three of the ‘The Hurricanes’.

So Kim must locate estranged band-mates Nicky Bliss, last seen in rehab and Alex Moon, now an angry feminist poet, and persuade them to resurrect their once chart topping band. ​

To be honest that description does nothing for me (and actually sounds slightly problematic), but considering The Hurricanes will give Hendricks and her female co-stars a chance to show off their musical and comedy chops, I’m still excited. The script was also highly buzzed about at the Toronto Film Festival, so fingers-crossed that the execution will be just as awesome as the concept.

The Hurricanes will be directed by Jonathan Lynn (My Cousin Vinny, Clue), so if nothing else, any and all ’80s flashback scenes should deliver.