Christian Bale Is on the Set of Thor: Love and Thunder 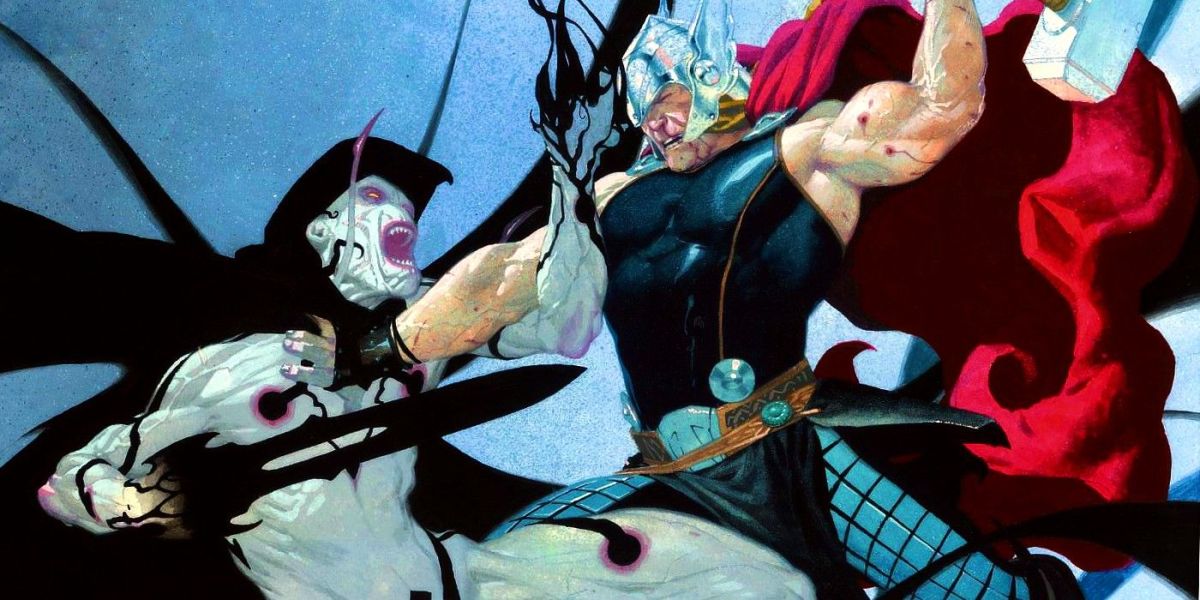 Christian Bale heading to the Marvel Cinematic Universe is something that personally excites me. Once a Jack Kelly fan, always a Jack Kelly fan. But now that we’re seeing the first images of him arriving on set, I have some questions.

Bale is playing Gorr the God Butcher in Thor: Love and Thunder, and while I understand shaving your head to make it easier to get into makeup (like Karen Gillan did for Nebula), I just have to know if that means he’s … going to actually look like Gorr while filming?

For those who haven’t been confronted with Gorr the God Butcher yet, prepare ye selves. 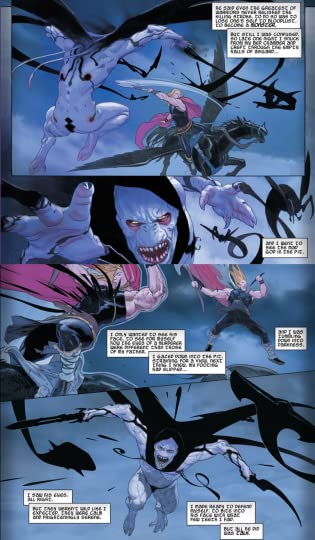 Gorr the God Butcher came from a planet with no name and encountered Thor after killing an American God. But I’m more interested in his sharp teeth and black cape vibe that I’m assuming Christian Bale is going to have? Does that mean … they’re going to just paint Bale to look like Gorr in the movie? I figured, much like Vision, that some of it would be CGI, but if Bale shaved his head, he probably finds it easier to get in the makeup instead of using a bald cap like many of the MCU stars do?

Sure, my questions are centered around this right now because trying to unpack exactly what Gorr the God Butcher is doing in Love and Thunder with Thor and Jane Foster is almost too much, but still, I just want to know what Bale is going to look like as Gorr because I am … a little nervous.

What we know of Thor: Love and Thunder seems just as absurd as Thor: Ragnarok, and I’m entirely here for it. I didn’t dislike the first two Thor movies; I just love the absurd humor of Ragnarok a lot better, and if Love and Thunder continues that, I’m not going to be mad about it. How is Gorr going to play into it, though? That I have no idea about. But one thing I’ll say about Christian Bale is that he normally understands the vibe of a project and his character, so I’m not too worried about how he’ll take on Gorr or working with Taika Waititi.

I just want to know what is going on in this movie. Every new set picture throws another twist into the mix and keeps us all guessing, but if I trust anything, it’s that I know whatever Waititi is planning with Chris Hemsworth, Tessa Thompson, and the cast of Thor: Love and Thunder, it’s going to be a wildly fun time. I do hope that someone gives Gorr some pants, though. We can add pants to the God Butcher. It’s totally okay to do so. I give you permission.