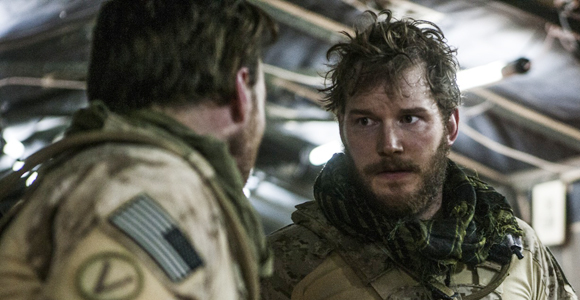 Names like Josh Brolin and Idris Elba had been rumored previously but now it looks like Parks & Recreation’s Chris Pratt might get the chance to be eaten by dinosaurs.

Recently, Bryce Dallas Howard confirmed she’s ready to chase some dinos next year and Ty Simpkins, the young star of Iron Man 3, had officially been cast in the film. Nick Robinson is still in talks to play his older brother.

The Hollywood Reporter says Pratt, already wrapped on his big Star-Lord role for Marvel’s Guardians of the Galaxy, could take on Jurassic World’s male lead, “a rugged ex-military man.”

Well, he’s already got that type down thanks to Zero Dark Thirty. They also say he’ll be Howard’s foil in the movie, which leads me to believe he’s totally going to be dino-dinner. But you never know, they could change things up on us.