LEGO Batman Director Chris McKay on Making Gotham Look Like “A Real City,” Not Just “A Bunch of White Guys” 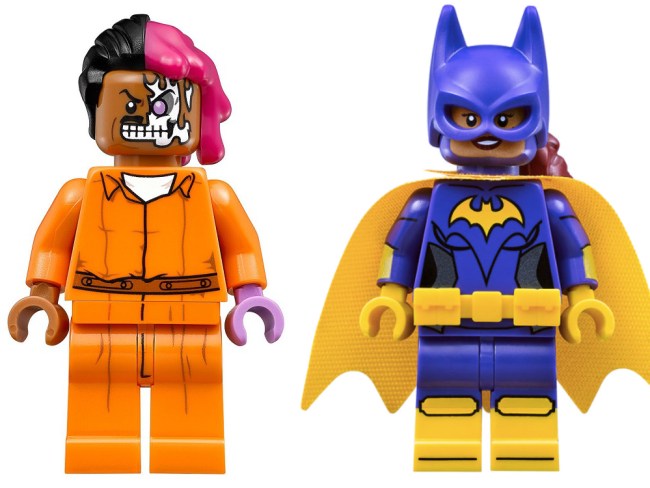 In watching the trailers for LEGO Batman, we’ve all been pumped about how much life and joy the movie appears to have. The jokes are fun, and the characterization of Batman is a lot campier while still reinforcing the intense loneliness that encompasses Bruce Wayne’s life and choices. And, of course, the movie looks like it aims to mine that loneliness for further comedic gold.

Here’s something else we’ve noticed: LEGO Batman looks like a much more diverse take on the Batman world. For example, Rosario Dawson’s iteration of Barbara Gordon has been designed to look just like her. Same goes for Two-Face, who will be voiced by Billy Dee Williams—probably best known for playing Lando Calrissian in Star Wars, but who also has played Two-Face previously in the 1989 Batman. Even some of the smaller bit parts have subverted expectations, such as Mariah Carey getting cast as the mayor of Gotham.

It sounds like some of that was Chris McKay’s doing; he served as director for LEGO Batman, having previously co-directed The LEGO Movie, as well as directing and editing tons of episodes of Robot Chicken and Moral Orel. McKay told Film Journal that he’s a lifelong Batman fan, and that this movie was a total dream come true for him: “I’ve got a Catwoman tattoo on one arm, Superman tattoo on the other. I am super into making this movie.”

Still, McKay sees the flaws in the Batman franchise, acknowledging, “The cast of characters in Batman is a sausage-fest. It’s a bunch of white guys, for the most part.” He went on to say that he wanted to ensure that LEGO Batman‘s version of Gotham “looks like a real city,” with all the metropolitan diversity that tends to entail, like in “Chicago or New York or Los Angeles. That was really important [to me], to find ways of making the world look like it looks outside and sound like it sounds outside.”

That meant casting actors like Rosario Dawson and Billy Dee Williams in familiar roles, but McKay also gave a shout-out to Mariah Carey’s performance as well: “She called up to say she wanted to audition for Barbara Gordon. She didn’t necessarily work for Barbara, but I thought she had such an interesting, great voice … She’s got a little bit of New York in there. She sounds like a hard-won, battle-hardened big-city mayor. It was a lot of fun. Every day that we recorded her, she always came to play.”

What sounds most promising is McKay’s excitement that this will be a Batman movie for the whole family–just like the family-friendly superhero shows he grew up watching, like Super Friends, re-runs of Adam West’s Batman and, in the ’90s, Batman: The Animated Series. As McKay points out, “it’s going to be some kid’s first Batman movie,” and this version of Gotham will be the one that they remember. It’s exciting to hear that this will be the version of Gotham City that those kids get to see.

(via Film Journal, images via LEGO Wiki for Two Face and Batgirl)