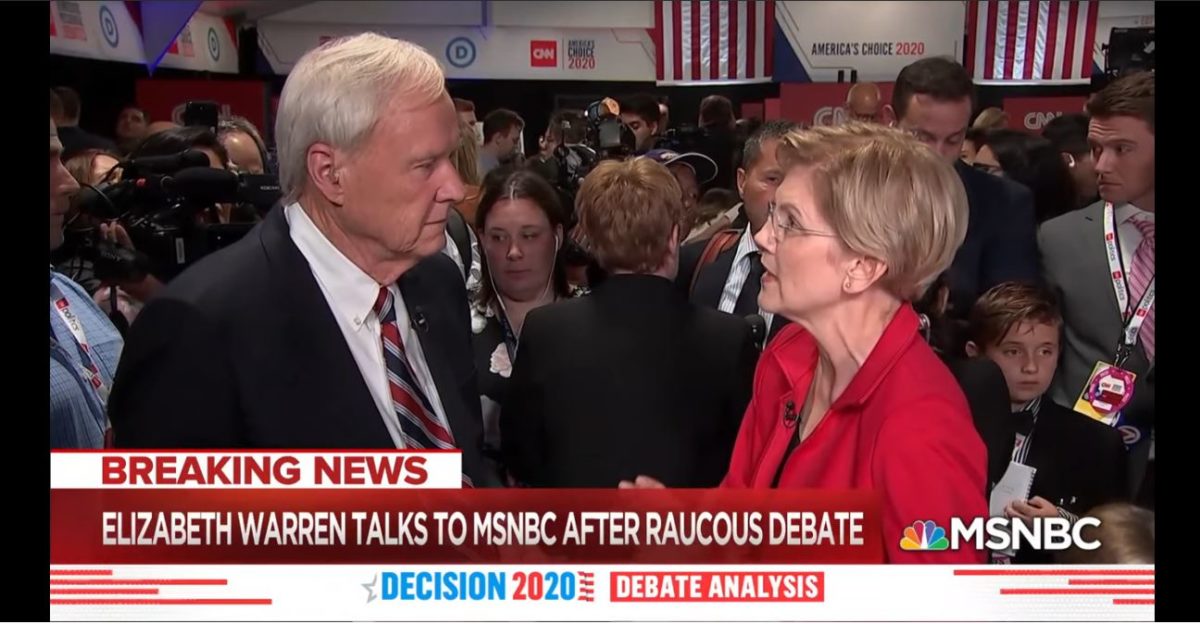 Chris Matthews is gross. Let’s just get that clear right from the start. Matthews made himself look pretty horrible in interaction with Elizabeth Warren after the most recent Democratic debate, and on the heels of that, a new piece by Laura Bassett in GQ outlines how Matthews has always been gross and sexist with women he interviews, even when ostensibly supporting feminist issues.

I believe the women—and I want to hear their stories. pic.twitter.com/PjDUlXXHWi

As outlined on Bassett’s piece, Matthews has a long and storied history of saying gross, objectifying things on-air about women and their appearances. Enjoy just one tweet of a forty-tweet thread from 2018 about Matthew’s gross behavior on screen alone:

MSNBC’s Chris Matthews On Sally Yates: She Was “Attractive, Obviously,” In Her Testimony To Congress https://t.co/KQNz9XABuo 39/

But in light of the new Warren clip, Bassett has decided to come forward with her own personal, off-screen experience with Matthews, when he sexualized and flirted with her before she went on camera to talk about sexual assault allegations about Donald Trump.

Matthews looked over at me in the makeup chair next to him and said, “Why haven’t I fallen in love with you yet?”

When I laughed nervously and said nothing, he followed up to the makeup artist. “Keep putting makeup on her, I’ll fall in love with her.”

Bassett notes that this is part of a long-running and well-known pattern from Matthews that comes right to the line of overt sexual harassment but doesn’t cross it. The idea that it’s just sort of … normal for a powerful man on national TV to flirt with, objectify and ogle women, even when they’re there to talk about important feminist issues is insidious, however.

And it is harassment because it creates what lawyers call a hostile work environment; where every woman that comes on that show steps into a climate where getting lecherous comments from the host is normal. It’s also something that pretty much every woman on earth who has worked with older men has experienced.

Men sometimes think they’re being nice when they flirt with us. If they think they’re making us feel pretty or desirable, all they are really doing is making us feel small and powerless, reduced to nothing but a thing for them to ogle and claim. It’s the way women have been treated for centuries and it’s dehumanizing and awful.

Chris Matthews isn’t just a gross old guy; he’s an entire, outdated culture. He’s every guy that’s made our skin crawl in an interview, or when we had to share an elevator. He’s someone that uses their power, perhaps even unconsciously, to make women feel small and sexualized so he can feel big and powerful.

I don’t think this, or comparing Bernie Sanders to the Nazis, will get Matthews fired, but I wish he could be gently eased into retirement along with everything he represents.