Chris Hemsworth Wants 'Asgardians of the Galaxy' Too | The Mary Sue 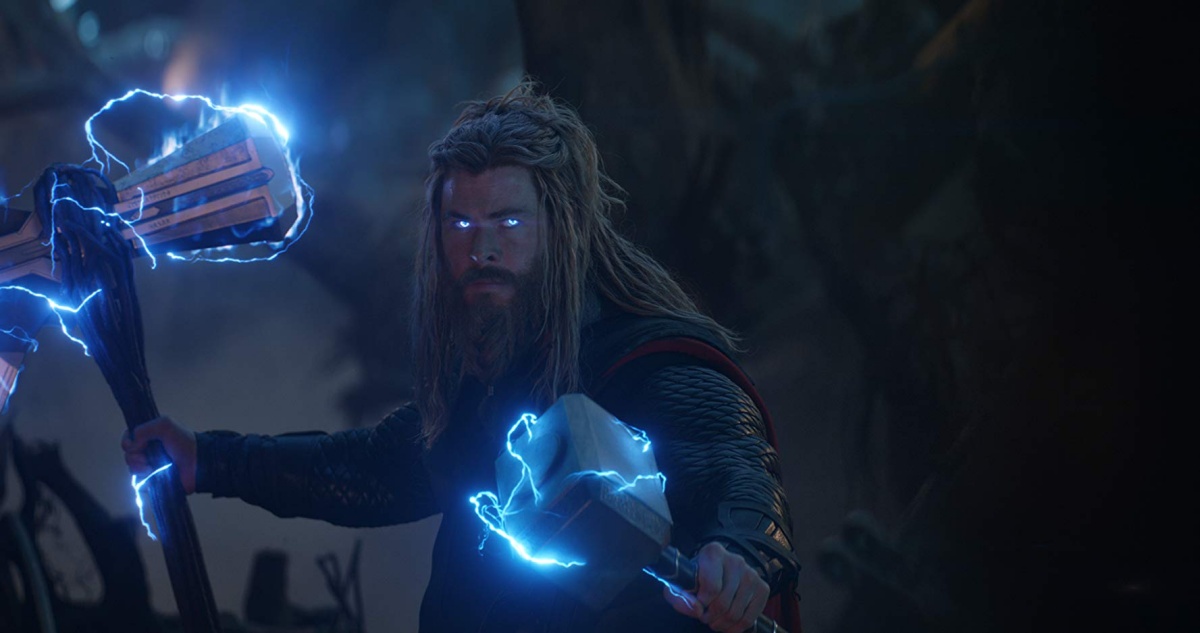 At the end of Avengers: Endgame, Thor gives his throne away to Valkyrie as she becomes the new Ruler of New Asgard. Honestly, the more you think about it, the more it seems like a choice more for theatrics than logistics. Still, we are excited to see how it turns out for her on Midgard. Meanwhile, Thor appears to have joined the now Gamora-less Guardians of the Galaxy. Reports speculated that Hemsworth has signed on to do more movies in the Marvel Universe; therefore we could be seeing a cosmic-based Thor when Guardians 3 rolls around.

Currently, we have no confirmation of what Chris Hemsworth’s fate will be. The possibilities are endless if he is indeed returning: James Gunn could find a way to write Thor in, but let’s not forget that Taika Waititi is potentially on board for a fourth Thor film. I’d much rather see Thor go on his new hero’s journey in his own standalone film, than be sidelined in Vol. 3. Let’s face it, Thor doesn’t really do well in group movies. His character tends to be put on the side the most (other than Natasha) so I don’t want Guardians to do the same.

That being said, it seems like Hemsworth is about the possibility of a proper “Asgardians of the Galaxy” in the MCU. As Comicbookmovie.com reports, “I’ll work with any of those guys,” Hemsworth said. “Asgardian Of The Galaxy. That’s actually great. You might’ve just got me my next job.” When it comes to reprising Thor, it is clear that Hemsworth is looking forward to seeing what is next for the former King. “I love it so much – especially if there’s something unique to do again with it. I felt like the last three films were very, very different each time.”

Some have said that adding Thor to the Guardians of the Galaxy might make the most sense for a Phase 4, but that his inclusion could make the team “too powerful.” But considering they have never had a problem depowering, side-lining, and being straight-up inconsistent about Thor’s power, I think it’ll be fine. Plus if Adam Warlock is coming (as hinted at the end of Vol 2.) they will need the manpower for dealing with any Enterals or Celestials.

Not to sounds too much like our Kaila Hale-Stern, but most of all I just want Thor’s family to be returned to him in some way. We have seen Thor be so isolated and broken down, considering the massive trauma he has experienced, I’d really want whatever stand alone he gets to really tap into that idea of loss. Yes, Hemsworth nails the humor, but he proved in Endgame that he can make us cry, so just reunite the brothers Odinson, and let Thor has his big Logan movie where he comes to terms with his new place in the galaxy.

The sads of the world demand it.