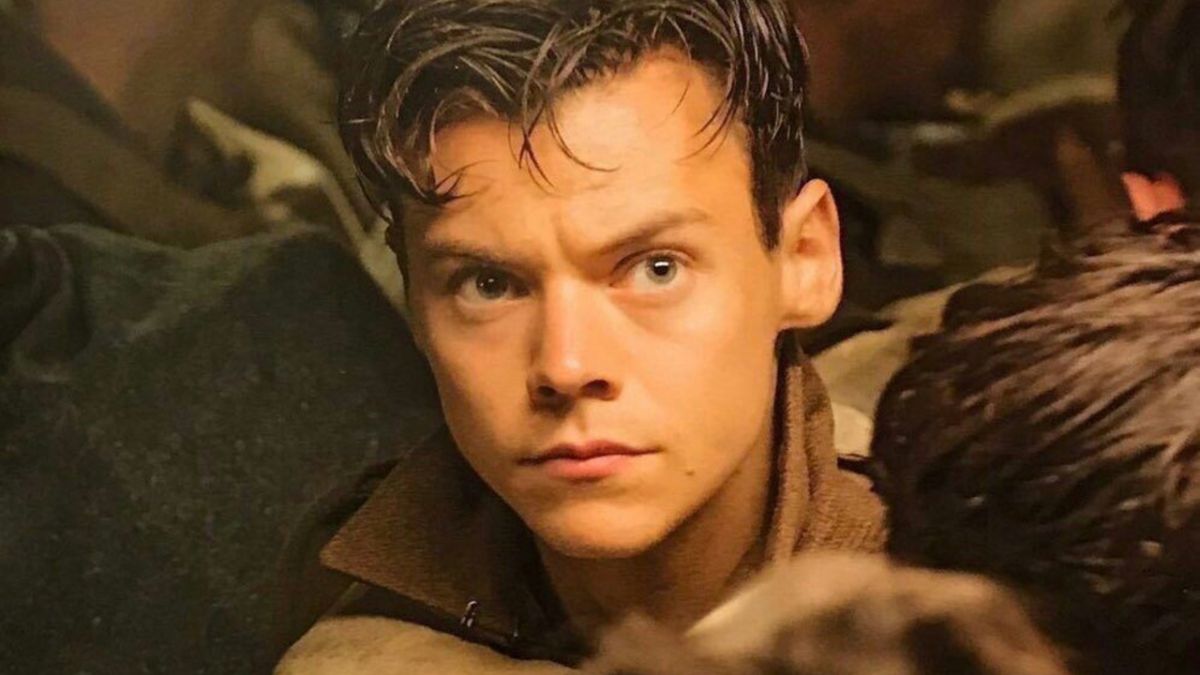 While the reveal of Harry Styles in the Marvel Cinematic Universe was ruined for me along with the rest of the internet after the premiere of Eternals in Los Angeles, I still found myself almost giddy as I watched him walk into the Marvel Cinematic Universe. Maybe it is because I am a huge fan of Harry Styles or maybe it is just the excitement of seeing Thanos’ brother appear in the flesh but still, it was wonderful.

Now, talking with Empire Online, director and writer Chloé Zhao got to enthuse about including the character Eros in the mythos of the Eternals while also bringing Styles into the conversation. And for that, we give Zhao our, well, eternal gratitude and thanks (and also Eternals is an incredible movie and addition to the MCU).

“I can tell you why! Long story short, with that depressing ending, at some point he was going to be one of the Eternals on that ship. And that didn’t quite work out. But I had been wanting to bring Eros into the MCU,” Zhao said when asked what brought her to cast Harry Styles and work in his character. “So I kept mentioning it to Kevin [Feige] at every chance I had in the hallway, because I love the idea of Eros being another Eternal, another Ajak. He’s an Eternal, and he was stationed on Titan – 10 of them were, just like the 10 Eternals on Earth, assuming Titan is also a host planet at some point. Now, if you think about that, what influence could Eros have had on the inhabitants of Titan, the way Ajak has influenced people on Earth? And how that has affected Thanos?”

And in true Chloé Zhao fashion, she continued to geek out about the idea of bringing Eros into the MCU herself. She also makes a fabulous point about Eros and Pip the troll having some serious Han Solo and Chewie vibes.

Zhao went on: “If you go to the comics, there’s some quite beautiful, heartbreaking influence Eros has had on Thanos. And how much does Thanos know? I love him as a character. It makes my imagination go crazy thinking, ‘Why does Thanos think this way? Why is he worried about overpopulation and destroying his planet?’ Think about the emergence – does Eros know about it? Maybe if he’s an advisor, the way Ajak advised kings and queens on Earth? It gets my imagination going. For me, the backstory of Eros is that he deserted, he said, “I’m not doing this anymore.” So he somehow got that sphere, which you saw in his hand, and he ran off and made Pip the troll. They’re like Han Solo and Chewie. Arishem’s been looking for him, and he’s just been a space outlaw. That’s the character I had in my mind. But I never said once to Kevin, “Here’s the character. Let’s find an actor.” For me, it was a package deal. It’s got to be Harry. That’s how I pitched it to Kevin.”

The charisma of Harry Styles

I am something of a Harry Styles stan (I say “something” as if I did not just see him twice in concert in one month but I’m trying to remain cool) and his ability to charm an audience is clear. So watching him swagger into a scene while eating and smirking? That’s one hell of a character introduction and it makes me actually excited to see where the MCU goes with Starfox/Eros.

There are so many heroes that we’ve yet to meet but Eros coming into the fold brings a new story from the comics with him, along with a galaxy of possibilities. I can’t wait to see what the future holds for Eros, the Eternals, and the rest of the Marvel Cinematic Universe.