Guys, I sincerely do not think we can fit all of China in Brooklyn. 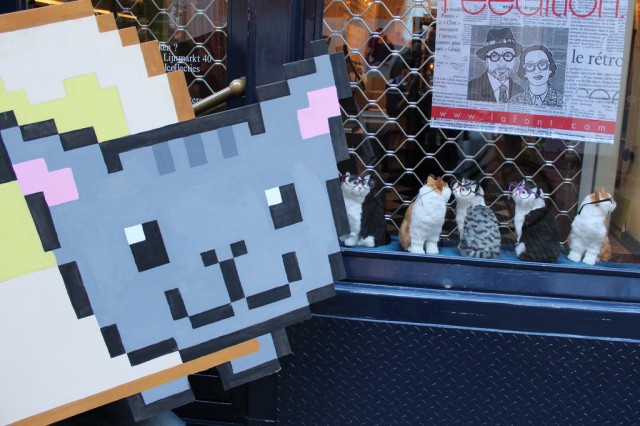 If you’ve used the Internet to engage with other human beings in any way, you may have noticed that it’s pretty much developed its own language, because reasons. Well, in the grand tradition of older generations telling younger ones they’re ruining everything, the vice president of China’s Guangzhou Chinese Academy of Social Science says one Internet term will unbalance their society.

According to Cai Guoxuan of the Chinese Academy of Social Science, the term that is going to bring about the societal end-times is Diao Si, which was originally a term for someone who didn’t get out much, maybe played a lot of video games, and maybe didn’t have great prospects for the future. Basically, it was the same as our word “loser” or “geek.”

Of course, we all know what we’ve done with the word geek in this country, and a similar social revolution seems to be happening in China. On the Internet, Diao Si has slowly become a word that people applied to themselves in a self-deprecating manner.

Now, instead of being thrown around as an insult, it’s a slang term that bright, tech-savvy young people who don’t buy into their society’s traditional values are using to describe themselves. They’re pretty much becoming “hipsters,” and Gouxan doesn’t like it at all.

Sorry about that, China.

Why is Gouxan so afraid of hipster-geeks, though? Well, she says, “Ultimately [the term] will affect the way we reason and think.” I mean, she’s not exactly wrong; it is a difficult experience to think, “Ugh. Hipsters. I do not like their hipster things, because they won’t shut up about them, and that’s annoying. Wait, does not liking those things just because people like them make me a hipster, which means the things I like are hipster things? AHHHH! Hipster-paradox!”

Gouxan is facing her own hipster-paradox, though, because her reasoning for the term Diao Si ruining society boils down to the fact that she doesn’t like it. According to Kotaku, or if you can read Chinese, she told People’s Daily that the term is harmful on the basis that it’s defined differently by everyone. She seems to just have a problem with people taking control of a word used against them and turning it into a positive. I don’t read Chinese, but I’m pretty sure she also added, “And they just play their music so darned loud!”

She’s probably going to have to get over it, though, because China’s economy is already reflecting the social shift, as The Atlantic has explained. The Diao Si market is quickly becoming a more important part of the economy than the market for the high-end, status symbol-conscious consumer.

Will Chinese society collapse because of the Diao Si? Well, Gouxan’s idea of what Chinese society should be probably will, but that’s not so much a collapse as a natural change. Maybe keep an eye open for investment opportunities in Chinese bow tie shops, though.

(via Kotaku, image via SETUP Utrecht)