Pollution Is So Bad, One Chinese Entrepreneur Is Selling Canned Air. Yes, Like In Spaceballs. 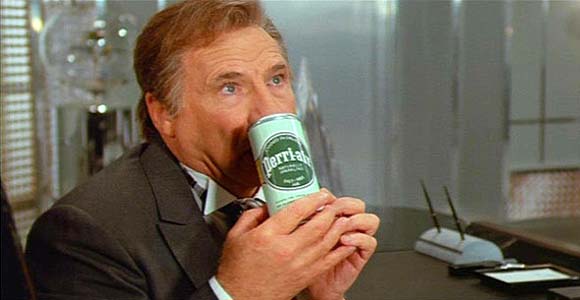 Chen Guangbiao’s wealth is valued at upwards of $700 million dollars. I can think of a lot of things I could do with that money but Guangbiao decided to use it to make a point. One that Mel Brooks kinda made in 1987’s Spaceballs.

When President Skroob pops open a can of Perri-air, it’s because he’s wasted most of the air on Planet Spaceball. It’s hard not to see the parallels with today’s pollution issues and will be even harder from now on thanks to Guangiao.

Guangiao made a public display of himself in Beijing recently to sell canned air with his face on it. The millionaire is known for a wacky personality but his intentions were to raise awareness will the silly act. According to the Brisbane Times, “The Air Quality Index, designed by the US Environmental Protection Agency, cannot cope with levels beyond 500, which is 20 times the World Health Organisation air quality standard. The [American] embassy gauge had been hovering in the merely ‘hazardous’ 300-500 range since [January 25].” 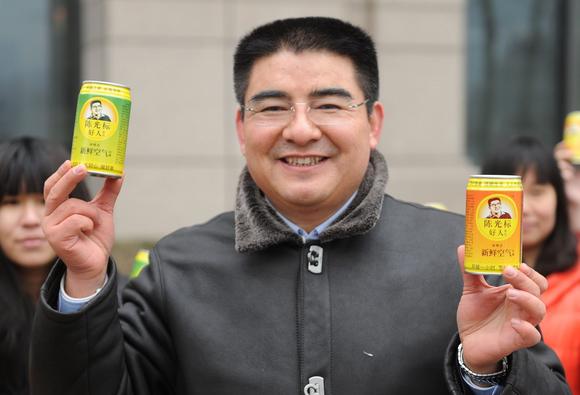 In the past fortnight he has videoed a car driving over him; demolished a Mercedes Benz and given away 5000 bicycles to push the message that people should ride their bikes not drive.

Mr Chen told Fairfax Media he wasn’t fazed by the often-cynical reactions of China’s netizens, who accuse him of using charity stunts to raise the profile of his business.

“People say I am high profile or love to stage a show, but I don’t think those who seek ‘stability’ and a low profile can do much for social progress,” said Mr Chen.

“I am confident about what I do and I dare to put it under sunlight,” he said.

Each can costs about 80 cents and comes in three “flavors” – pristine Tibet, post-industrial Taiwan, and revolutionary Yan’an. And don’t worry, the money goes to charity. Guangiao hopes his stunt will get not just citizens, but the government, to start taking efforts to improve China’s air quality.

“More disasters are taking place every year,” he said. “2012 did not bring the end of the world but if human beings keep consuming resources, keep polluting the environment, I think Doomsday will arrive.”