It's Sabrina vs. the Ancient Demonic Patriarchy. 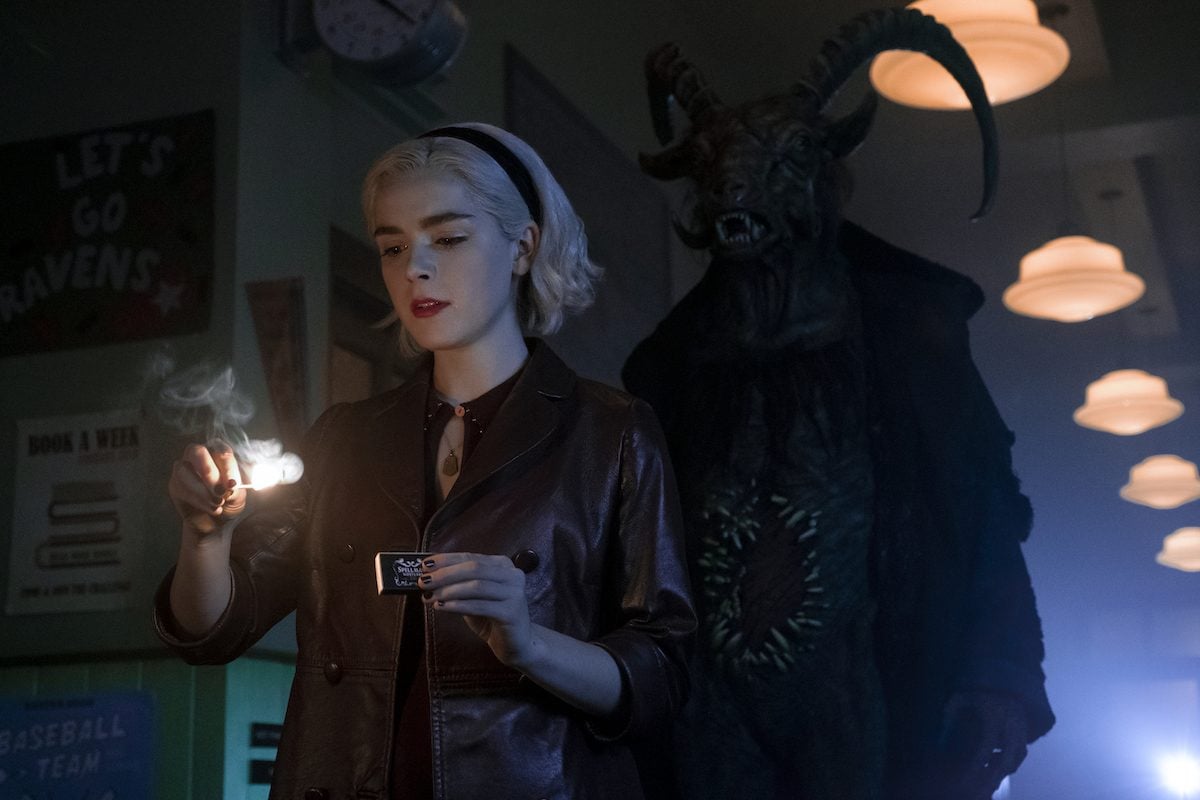 At the end of the first season of Chilling Adventures of Sabrina, the teenage witch was staring down a dark path. Having split her life until this point between the mortal world and that of magic, she had now signed her name to the Book of the Beast and was ready to (or forced to, really) dedicate herself to the dark arts full-time.

The question, then, was what would season two look like? Would Sabrina really go full dark witch? And what would happen to the mortals of the show–would the Baxter High students still be worth watching? Could the show hold up to its fantastical and fun first season while changing course so drastically? As it turns out, that’s a yes all around.

In season one (or Part One, as the installments are officially stylized), Sabrina (Kiernan Shipka) is constantly butting up against the prejudice she faces as a half-witch. Sexism also plays a role in her life and the lives of her friends, especially over at Baxter High. Both of those issues come up in season two, although I would say their levels of importance to Sabrina has been switched. While she’s gone far to prove to her peers that she’s more powerful than anyone expected a half-mortal to be, she’s still constantly underestimated on the basis of her gender.

This season gives us a clear and infuriating picture of how women are viewed in the Church of Night and it’s extremely not great. Sabrina’s got plenty of smaller and more personal battles to fight, but when she is told in no uncertain terms that a female witch has never and will never rise to the rank of High Priest(ess), it seems to awaken a deep feminist fire that fuels the entire season. (Or at least the first five episodes available for review.) She’s not just taking on individual sexists like in season one; she’s taking on the whole damn system. Sabrina vs. the Ancient Demonic Patriarchy is, by far, the most interesting storyline of season two.

Gender comes into play in other ways this season, too. (Spoiler for episode one ahead.) In the first episode, the character we knew as Susie announces to his friends that he would like to go by Theo, and that he is a boy. (We actually already knew this would be a plotline this season, and there’s a sweet and satisfying feeling of coming full circle with the knowledge that when 17-year-old actor Lachlan Watson–who identifies as nonbinary but from ages 3 to 15 identified as trans male–auditioned for their role, the character they read for was written in the audition sides as a trans male teen. It’s nice to see this character get the deeper development we wanted to see in season one.)

Theo’s transition is a driving force in season two, and Roz’s experiences with sight and second sight are back as well. At times, it feels like the show struggles to keep the world of Baxter High relevant now that Sabrina has nearly entirely left it. (Ms. Wardwell, in particular, feels shoehorned into some romantic near-hijinks that I’m hoping will have a worthwhile payoff by the end of the season.) But for the most part, the trio of mortal friends remains a strong complement to the dark, sexy exploits of the Academy.

And those exploits are dark. Season one Sabrina was extremely concerned with morality, with whether a powerful witch could be a good person. Season two Sabrina rarely seems to ask herself that question. She does worry about spreading her darkness to those around her and corrupting her friends, but she seems comfortable in the gray areas she now finds herself existing in. She’s probably still not down to eat a fellow witch as we saw in season one, but she has embraced or at least accepted without judgment some of the magic world’s darkness that she previously would have fought back against. She is concerned with injustice and making the right decisions for herself personally, but the worlds of good and evil aren’t as black and white as season one, making for a more complex heroine.

Season two definitely retreads some of the same ground covered in the first. (A vignette episode involving dark fantasies brought out be a tarot card reader especially drags.) But for the most part, this season propels Sabrina’s arc and those of her friends forward in a darkly enjoyable way.