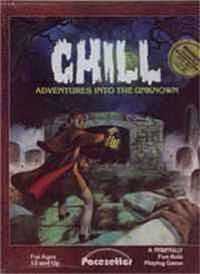 CHILL is a classic tabletop role-playing game (TRPG) about horrific happenings, meddling with monsters, and a secret organization on the brink of collapse.  Originally published in 1984 by Pacesetter Ltd, the game was fun, but some critics were unimpressed given they thought the game didn’t really push the envelope of the genre. However, some players strongly prefer this version of the game; it is out of print, but you can purchase it here. 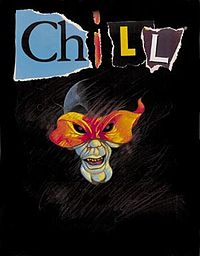 The second edition produced by Mayfair Games in 1991 really upped the ante, and the game emerged as a critical success as well as an enjoyable kick-butt adventure. (You can purchase CHILL 2nd edition here.)  Mayfair stopped producing TRPGs, and sold the license for CHILL to its current owner, Martin Caron, who owns a lot of classic TRPGs. One of the great things about this game edition is the introductory insert (downloadable for free!), which is very accessible to people who have never played a TRPG before. 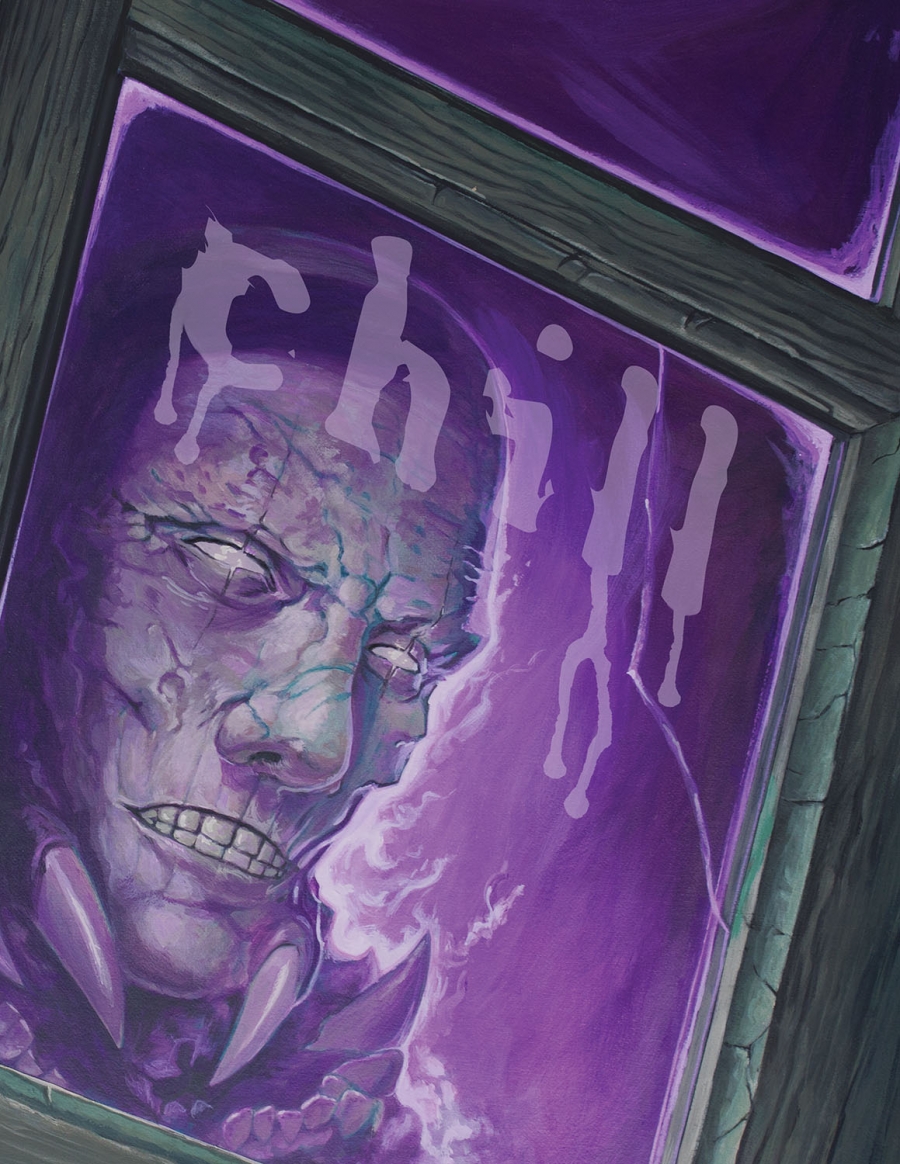 The horror TRPG market tends to be dominated by the various iterations of the Cthulhu mythos, particularly Call of Cthulhu. CHILL and Call of Cthulhu (CoC) have many distinct differences – differences that have remained constant through the evolution of both games. One of the ways that CHILL is unique is the setting – CHILL is set in modern times, while CoC is set in the early 1900s. This doesn’t seem like a big deal for some players, but others find it frustrating to try and adhere to the historical accuracy necessary for CoC. Another way that CHILL feels different from Call of Cthulhu is its straightforwardness. As blogger James Maliszewski notes, “CHILL was unapologetically — even gleefully — a game about kicking monster butt in the name of goodness, just like Peter Cushing did back in the day.” In other words, this is a better game than CoC for achieving a Buffy the Vampire Slayer feel.

Now CHILL has been revived for a third edition by Growling Door Games, which set up a Kickstarter for the new edition in 2014.  They completed the Kickstarter with $40,375 of their $25,000 goal, and over seven hundred backers.

Some of the critical differences between 2nd edition and 3rd edition are focused around accessibility, streamlining the system, and making it more fun. As designer Matthew McFarland notes, “The base system is pretty similar to 2nd edition, just with less math. That’s pretty much true across the board, actually; creatures don’t track Willpower expenditure, and for the most part you don’t roll dice for NPCs (creatures tend to be an exception).”

The 3rd edition of the game has kept to the spirit of the previous editions, while improving the game’s accessibility and flexibility. The game’s introduction gives a history of the game written by Ray Winninger, who wrote the CHILL Companion for Mayfair Games. This helps orient new players while also giving a sense of continuity to the game.

CHILL 3rd edition also runs well. As one reviewer noted on DriveThruRPG, “I’ve run it for some friends for several sessions and we’ve all enjoyed it thoroughly, running different kinds of horror stories and finding that the core mechanic works well in a variety of situations and contexts. I just ran two games for mostly strangers at a local game convention and got rave reviews – so much so that some of the players from the first day bought the book that night and came back to play in my other session the next day. I’m a decent GM, but the system made it easy to get new players up to speed, contributing creatively, and with very little introduction from me.”

One of the exciting things about CHILL’s 3rd edition is that the creators are active and creating new materials to supplement the base text. Starting October 13th, the creators are Kickstarting for a supplement, entitled “SAVE: The Eternal Society.”

Another feature of CHILL’s 3rd edition is the emphasis that the creators have put on diversity. “We’ve tried to go out of our way to include diverse backgrounds, gender, orientation, and abilities in our characters and setting,” says Michelle Lyons, co-owner of Growling Door Games and the developer of the upcoming supplement. This comes through in the game’s modern art, story, and setting – the first character introduced in the book is a trans man named Rory with unusual powers. You can play Rory, who is included in the pregenerated player characters – or one of 19 other characters who are diverse in gender, ethnicity, nationality, race, sexual orientation, and ability. Or you can create your own character!

The team at Growling Games has a great track record for completing their projects, providing excellent customer service, and ensuring that their backers are satisfied. Like the main text, artist Alessandro Alaia is doing art for the supplement, and the cover artist, Jacob Walker, is also doing the cover for it.

You can purchase CHILL 3rd edition here, direct from the creators, via DriveThruRPG. It’s available in print on demand as well as PDF forms. Don’t forget to check out the supplement’s Kickstarter, available here.

K.N. Granger is a queer white cis able-bodied person with a radical, social-justice perspective towards games. When not writing, organizing, or playing games, K.N. engages in fanfiction, social justice, playing viola and piano, and other activities in New York City.  Her games are available on DriveThruRPG and Amazon.com under the auspices of Goldfinch Games.

If you would like me to consider writing a review of your game, Kickstarter, or gaming event, please email [email protected]. Also, if you like this article, please support my game own design efforts on Patreon: https://www.patreon.com/kngranger  That would be cool of you.