Make me feel young again and bring back these TV shows I'm still obsessing over. 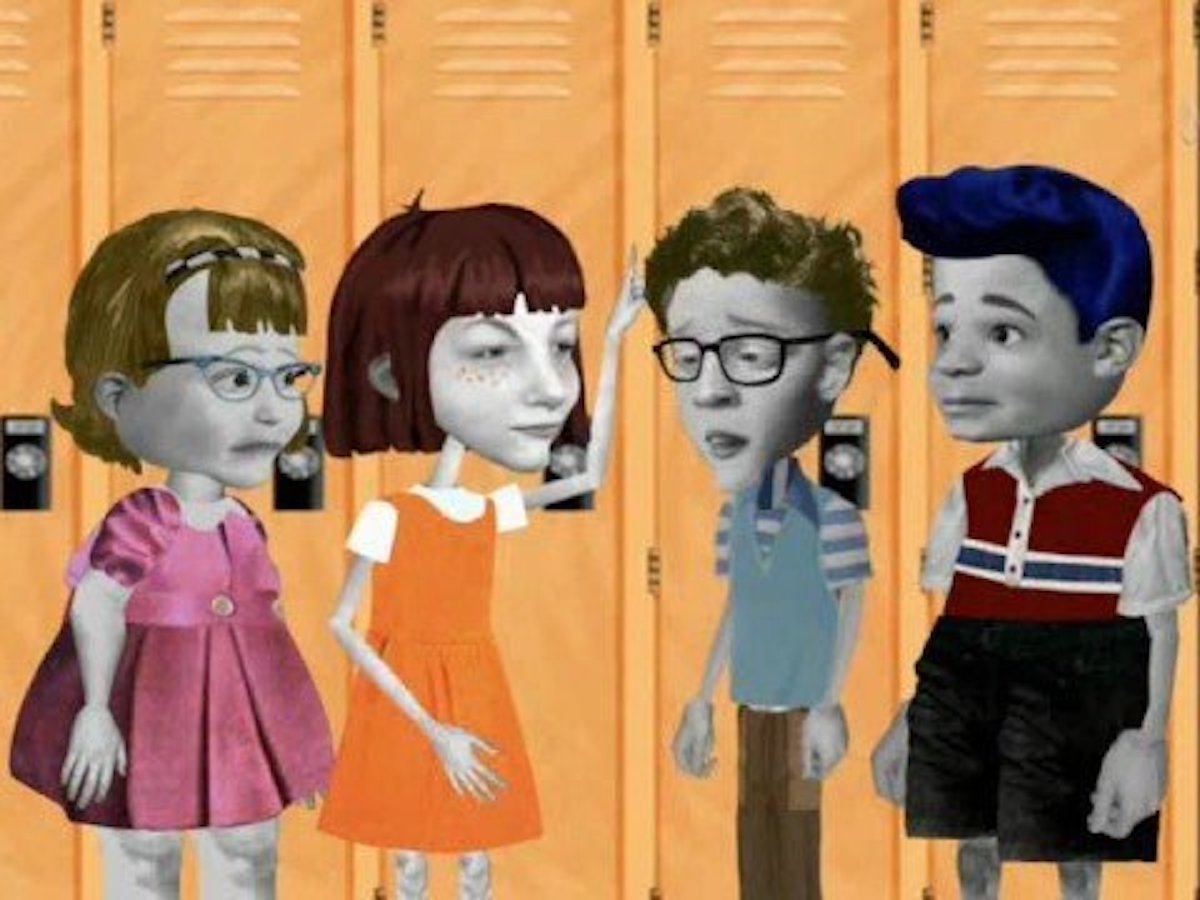 I’m getting older, and with that comes relentless nostalgia for the things I loved in my youth—back when times were simpler and my only concern was collecting every Lip Smackers. Thankfully, the reboot-trend is still kicking and bringing back everything we once loved so we can all escape into the before times. But while some of our favorites came back on screen, there are a few shows from my childhood that, I feel, were absolutely brilliant but underrated and deserve to be revived.

Angela Anaconda has to be my favorite show of all the shows. It’s a Canadian show that originally premiered in1999 and was broadcast on Fox Kids and ABC Family (now Freeform). It’s so quirky and odd, and there really hasn’t been anything like it on TV since. It’s almost like a kid-ified version of a Wes Anderson joint. My favorite part of the whole thing was the way Angela spoke; the way she always said everyone’s full names, and always used “on account of” instead of because, or made up her own words. Her style was probably one of my first style inspirations for my own writing. I can watch it over and over (and over).

Is the above GIF not enough of a reason Pepper Ann should come back? This ’90s series was really one of the best portrayals of adolescence I’ve ever had the pleasure of obsessing over. It first premiered in 1997, with Sue Rose and a staff of nearly all women at the helm. Pepper Ann was on a quest to be cool but never fell prey to the “let’s take on feminine traits to be popular” trope. She and the rest of the gang—Nikki, Milo, and her sister, Moose—didn’t conform to gender norms, which was not at all common in the ’90s. Pepper Ann is like one in a million, and still very much needed on television, so make it happen.

3. As Told by Ginger

As Told By Ginger did something that most cartoons fail to do: It had its characters grow as its viewers did. At its core, the series was about growing up, and I remember growing with it. I was ten when As Told by Ginger premiered in 2000, and by the time it ended, I was 16. That’s a huge time to travel at that age, and a lot of who you’re going to be is decided in those formative years. It’s something I didn’t really think about then, but I look back on it now and really appreciate that Ginger grew up with me. It was like having a best friend from childhood you shared so much with, and though you both changed, you shared the bond of maturing together. 10-year-old girls need that now, too.

Why is it that half the people I speak to have never heard of this show? It premiered when I was still a little too young to watch, but PBS still aired the episodes when I was a little older. I think I was five or six when I saw the first episode, and all I wanted was to create my own THABTO, but no one bit. The show was aimed at teaching reading and writing to kids, but it did so much more. Ghostwriter had everything that’s great about television: mystery and intrigue. There’s no show for kids like this out there right now, and I think the youths would dig it.

Wishbone was my first foray into escapism, and it will forever hold a special place in my heart. I always had a tough time staying still when I was a kid, which my teachers weren’t always a fan of. But I was really great at daydreaming, and Wishbone was my daydream adventure companion. Sure, the show taught me a lot about literature and history, but I also felt like I had a travel buddy and couldn’t wait to get lost in his narratives. PBS’s Wishbone was fun, adorable, and educational … what more could you ask for? And imagine what they could do with it in 2018!

These are the shows I miss that I think are not only important, but just selfishly want to see on the screen again. I am sure every person reading this has a list of their own, so let us know what you’d add!