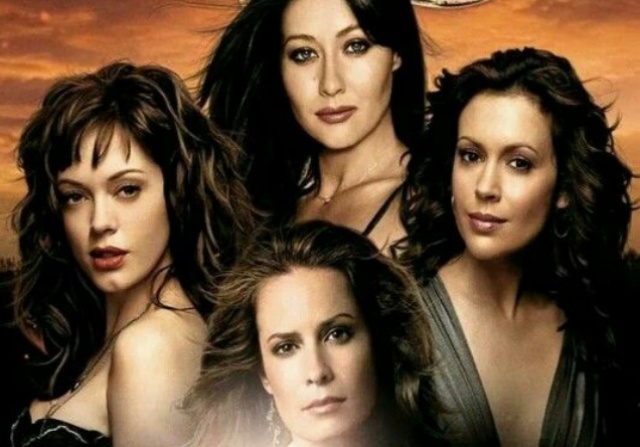 After much speculation about whether the 90s WB sensation Charmed would be getting a reboot, it seems as if The CW is ready to bring back one of its classic shows.

Charmed ran on The WB (now The CW) from October 7, 1998  until May 21, 2006, for eight seasons. It originally starred Shannen Doherty, Holly Marie Combs, and Alyssa Milano as three sisters: Prue, Piper, and Phoebe, who after the death of their grandmother discover that they come from a long line of witches. They are the Charmed ones who possess the “Power of Three” which they use to fight the ultimate evils of the world. After the third season, due to conflicts between Doherty and Milano, Prue was killed off and was replaced by Paige played by Rose McGowan. The series, like its spiritual sister, Buffy The Vampire Slayer has existed in comics continuing the series.

Whenever I heard about a potential Charmed reboot it would seem so premature. As someone who grew up watching the series in my youth, for me, it seemed like the show just ended. But considering that everything, even WB’s Gilmore Girls got rebooted by Netflix it makes sense that The CW wants to give their old show a fresh start.

Entertainment Weekly reported this as the network’s official new description for the new incarnation of Charmed: “This fierce, funny, feminist reboot of the original series centers on three sisters in a college town who discover they are witches. Between vanquishing supernatural demons, tearing down the patriarchy, and maintaining familial bonds, a witch’s work is never done.”

This sounds super millennial and I’m here for it, especially since two writers for Jane the Virgin (aka best show on The CW) are going to be behind the series. Plus, this modern reimagining is better than the prequel series they were originally planning to do because continuity…not one of the show’s strongest suits.

As someone who grew up watching the show and owns the giant box set that is designed to look like the Book of Shadows, I can say that while I loved Charmed it does not age well as a series. The first four seasons are pretty good fun with some good storylines in Seasons Three and Four, but after the fourth season, everything just starts to fall apart.

In addition to Shannen Doherty leaving in Season Three, creator of the show Constance M. Burge left the show after the fourth season, and Brad Kern took over as showrunner for the rest of the series. It took a very campy turn, putting the women in whatever funny outfits they could fit in at one time or another. The more serial structure of the show was abandoned in Season Five with it returning slightly in Season Six, but the show would just introduce one generic villain after another. They introduced a magic school in its sixth season and the more you watch the show the more you realize…they don’t know much about magic or Wiccan mythology. Which, is fine, except when the show would have them do things like fight Hecate, the goddess of magic in Greek mythology and turn her into a Lilith-style demon…what?

However, most egregiously of all, the women just stopped being heroes after a while. The storylines would focus on their romantic lives with Phoebe often lamenting about how protecting “innocents” was a hindrance to her dating life/search for true love. Some of this made sense after the death of Prue, but it got to the point where you could kind of tell that they didn’t want to save people. That was probably the hardest part about re-watching Charmed as an adult. Campiness and poor plotting I can deal with, but the fact that this show about three powerful heroines had them constantly complaining or trying to get around helping people just made it hard to watch. Especially because no one called them out on it.

Despite all of that, Charmed was still a really important series within pop culture. It is the second longest-running hour-long series in American television history featuring all female lead after Desperate Housewives. There is academia, novels, and entire community created by Charmed of which I am proud to be a part. I just like to be critical of things I love.

So I’m looking forward to this new Charmed witch series. I love witches, still missing Switch, Witches of East End, and I sat through American Horror Story: Coven even when it got weird, so I will be checking out this new series for sure. And I’m not gonna lie I would love to get all four of the Charmed ones on screen together for the first time. Maybe as mentors for these new young witches.

What do you think? Are you excited for a Charmed reboot or just relieved it’s not Buffy or Xena?