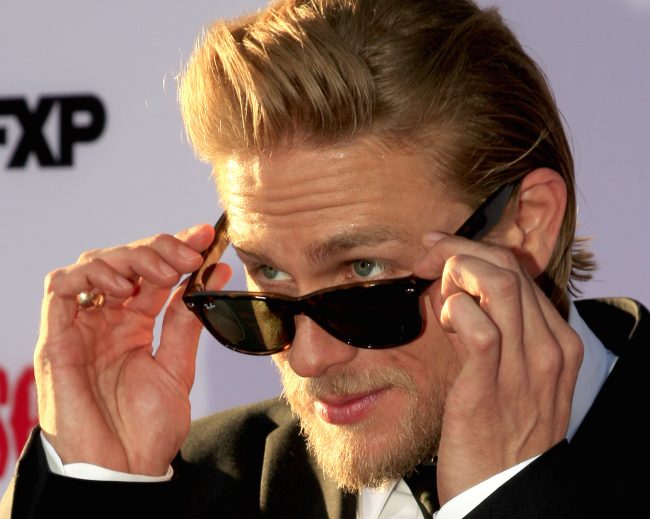 Once upon a time, “Method Acting” was a technique by which actors tapped into their actual life experiences and used their well-developed imaginations to recreate genuine emotions onstage. Now, it’s pretty much only applied to actors who don’t know how to do their jobs without ostentatious suffering or making others suffer.

The latest addition to the list of people being awful in the name of Acting is Charlie Hunnam, who ghosted on his girlfriend for five months while filming a movie in Colombia. From the sound of it, he knew he wouldn’t have cell phone or internet access, so he planned to write letters to his girlfriend—a letter a day, like an old-timey romantic. How sweet, right? But there were some hiccups, according to Entertainment Weekly,

“We went to Colombia, and the mail system doesn’t really work very well. It’s completely unreliable. I received a letter from her, and I realized that from the tone of it and things she was saying that she hadn’t received the two letters that I sent before.”

So what would be the appropriate, caring response here? Maybe address the issue and retool your letter-a-day plans, making sure both parties in the relationship know what’s going on and both feel cared for? Something along those lines? Yeah, that’s not what Hunnam went with.

See, the movie he was shooting was The Lost City of Z, based on the book based on the true story of Percy Fawcett, an explorer who, in 1925, went missing along with his son, looking for an ancient lost city in the Amazon. So, Hunnam decided to lean into the lack of communication and stop writing altogether. You know, so he could really understand the isolation and the conflict between personal and social demands and our “internal drive” and blah blah other justifications for being a terrible partner blah.

Can we all please agree that this is not acting? I refuse to believe that ignoring his girlfriend helped his performance in any way. Other instances of thoughtless, sometimes dangerous, things (almost always white and male) actors have done (very often to women) that for sure did not help them give better performances:

—There was that time Jamie Dornan followed a woman to see what stalking felt like before shooting The Fall.

—When Shia LaBeouf … oh wow, which to choose from? Let’s go with that time he repeatedly cut his face open after makeup artists on Fury put on prosthetic cuts that he didn’t think looked good enough.

—When Dustin Hoffman slapped Meryl Streep just before cameras started rolling on a Kramer vs. Kramer scene. He also would whisper the name of her recently-deceased boyfriend before scenes. So in this case, Hoffman was actually attempting to force Streep into method acting. Something tells me should would have won that Oscar anyway.

—And of course most recently we have the due attention finally being paid to that horrific Last Tango in Paris rape scene.

Oh, and as for Hunnam, he knows this story makes him “sound like a total bastard, appropriately so … But I was very apologetic.”

Meaning he brought her back jewelry. Seriously.

“I had the benefit of shooting in Colombia, where they have rather lovely and somewhat cheap emeralds. My girlfriend is a jewelry designer, so I was able to come back with an appropriately sized gift. It didn’t remedy all of the trouble I was in, but it got me halfway there.”

To Hunnam and all of these actors, in the famed words of Laurence Olivier, when destructive (self or otherwise) actions like these seem like the only way to tap into your role, “My dear boy, why don’t you try acting?”

(via EW, image via Shutterstock)