As part of their Movie HQ page for Black Panther, Toys R Us has posted a bunch of character bios, including those for three of the wonderful women of Wakanda. (And some bios for the dudes, too, I guess.) While some of this information could have been intuited from knowledge of the comics, we can never really be sure which storylines and origins the MCU will pluck from comics continuity, so I was still happy to check these out.

The bios for Nakia, Okoye, and Shuri give each woman a full, realized character with motivations of her own, outside of T’Challa. In advance of the final trailer drop on January 8, that alone has got me more than hyped. Can it be February 16 already? 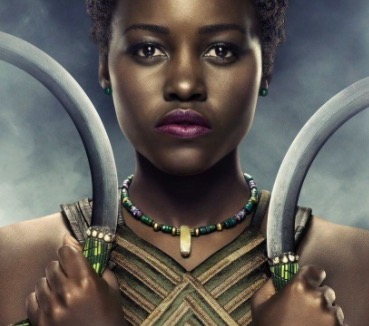 “A Wakandan spy pulled from her mission abroad by her former flame T’Challa, Nakia consistently gets involved in conflict for the good of others, adamant to use her abilities to help those in need. In the wake of King T’Chaka’s death and the rise of Wakanda’s new enemies, Nakia puts her skills of subterfuge and hand-to-hand combat to use in order to fight alongside Black Panther.” 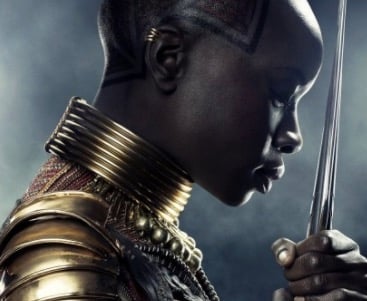 “The head of the Dora Milaje, an all-female special forces group, Okoye is a fiercely loyal protector of Wakanda who isn’t afraid to question her king, but would defend him with her life. A staunch traditionalist who is as formidable with her spear as she is with her tongue, Okoye finds herself torn between her allegiance to her country and her king when T’Challa begins to challenge ancient Wakandan rules.” 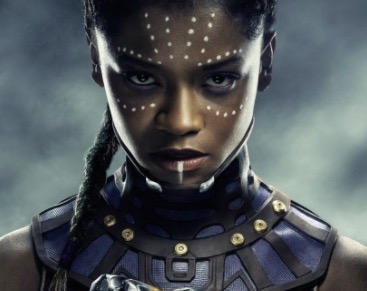 “Shuri is T’Challa’s younger sister and head of the Wakandan Design Group, where she designs and builds futuristic tech such as the Black Panther suit with Vibranium mined from the Great Mound. She is an innovator, intelligent beyond her years, and always ready to give her big brother a hard time.”

The site also gives us more information about the movie’s villain, Erik Stevens, a.k.a Killmonger (Michael B. Jordan). Stevens “was an American black-ops soldier” who disappeared off the grid and now has “a plan that threatens to put Black Panther and all of Wakanda at risk.”

We also find out more about M’Baku (Winston Duke), who is the “the formidable leader of the Jabari tribe, a group of Wakandans who have shunned the use of vibranium and removed themselves from the mainstream Wakandan life.” He has to decide whether to join T’Challa, “his would-be adversary” to defend Wakanda, or challenge him for the throne.

And finally, we discover that Martin Freeman’s character, CIA agent Everett Ross, “becomes an invaluable ally to the Black Panther” when the two “find themselves after the same adversary: Ulysses Klaue.”

It’s no great secret that the Marvel Cinematic Universe doesn’t have a stellar track record when it comes to the inclusion of women of color, so I’m delighted that Black Panther will introduce so many powerful black female characters. However, if Marvel’s previous treatment of women is any indicator, they’ll likely still be confined to supporting roles. (We got an Ant-Man movie before we got a Black Widow movie, folks.)