Truly this is an Easter gift. 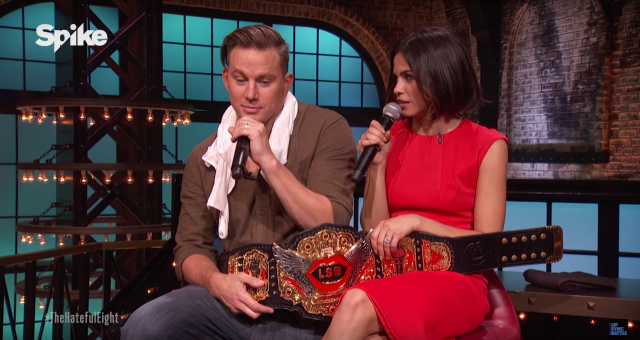 If, like me, you watched a particular episode of Lip Sync Battle with a particular… fixation when real-life couple Channing Tatum and Jenna Dewan Tatum hosted, then you’re in luck. (And really, didn’t we all come away winners after that episode?)

The pair, who met on the set of the dance movie Step Up all those years ago, are taking it back to what brought them together and will be hosting a dance competition show for NBC! Most of you are probably familiar with Channing’s recent turn in Magic Mike XXL, while Jenna has been stepping into the shoes (and uniform) of Lucy Lane on CBS’s Supergirl.

According to Entertainment Weekly, Jenna will act as judge and mentor on the dance competition show, which so far has been given a total of six episodes. Right now, Channing is only slated to produce–so the word is out on whether or not he’ll actually appear, but come on. This is human Golden Retriever Channing Tatum we’re talking about here. He’ll probably pop in at least once or twice, just to see how things are going on.

Anything that gives me more of these two dancing (and dancing with each other) is a good decision in my book, but a show that will allow Dewan Tatum to show off her killer moves is one I’ll be tuning in to.