25 Years After the Challenger Disaster 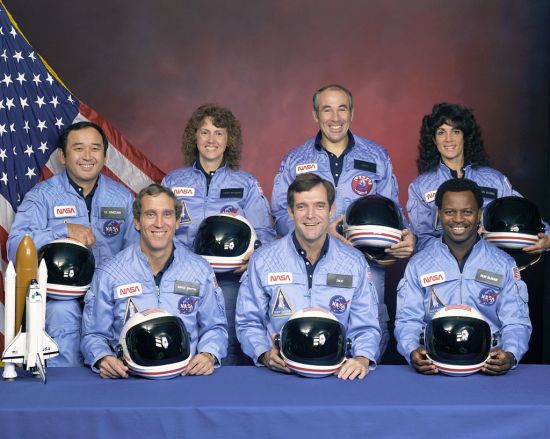 Space flight, if you think about it, is really terrifying. Ambitious, absolutely. Also dangerous and risky, and every astronaut knows this. Most of us will be Earth-bound the entire time we exist and never even fathom ourselves leaving our home planet’s atmosphere. But a small amount of people do — literally — go above and beyond places we will never go, and that should be celebrated. And when we lose some of those people in their question to discover, it’s best to mourn what could have been and honor what they had strived to achieve.

Today marks 25 years since the Challenger disintegrated 73 seconds after it launched, on an uncharacteristically cold day in Florida, and at the insistence of people who flew, figuratively, a little too close to the sun.

In 1986, NASA had seen only one fatal disaster, on January 27, 1967, when a fire on the launch pad during a test run killed Apollo 1 astronauts Gus Grissom, Roger Chafee, and America’s first spacewalker, Ed White. Major design and engineering flaws were reported, but the space program would continue, and we would walk on the moon in just two and a half years.

But what had set the Challenger mission apart this time was the first civilian in space, Christa McAuliffe. Among the most diverse crew NASA had assembled to date, McAuliffe was not a scientist — she was a teacher, the chosen participant from 11,000 applicants into President Ronald Reagan‘s Teacher in Space Project. When chosen, she said:

I cannot join the space program and restart my life as an astronaut, but this opportunity to connect my abilities as an educator with my interests in history and space is a unique opportunity to fulfill my early fantasies.

She’d planned to conduct two 15-minute classes while in flight, considering it a high-tech field trip and the teaching experience of a lifetime. It was because of her that so many people watched the launch on TV that day, including in schools.

McAuliffe was only one member of the crew, which included Michael Smith, Ronald McNair, Ellison Onizuka, Gregory Jarvis, Judith Resnick, and Commander Dick Scobee, the last one of them heard before the disaster saying, “Roger, go at throttle up.”

Contrary to what it looked like, the Challenger did not explode. The effect of the freezing temperatures on the rubber O-rings in the rocket booster joints didn’t allow a proper seal of the hot gases, which eventually caused fatal contact with the external tank. There was a lot of talk about how NASA’s safety “culture” has become a bit complacent, and that delays in the launch were becoming tiresome and they wanted to reach their goal of 15 launches that year. Clearly, safety was approached differently after that.

There’s a lot to be said about the current state of the space program, but today is a good day to consider how ambitious these people were and what we learned from them. It’s their day. 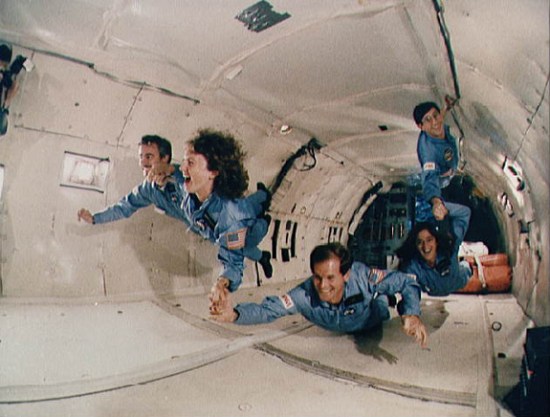