Research Suggests No Link Between Cell Phone Use and Car Crashes

Still though, please don't read this article while driving. 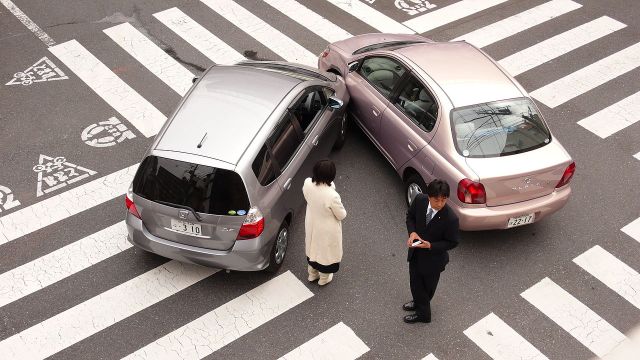 A new statistical study of cell phone use has come up with results that surprised the researchers: they found no correlation between a documented rise in cell phone usage and the number of car crashes. While their research might not tell the whole story, it could call into question some assumptions about the dangers of driving while on the phone.

The researchers at Carnegie Mellon University and the London School of Economics, led by Professor Saurabh Bhargava and Dr. Vikram Pathania, published their findings in the American Economic Journal, in an article called “Driving under the (Cellular) Influence.” They focused on data from the United States between 2001 and 2005, a time when the number of cellular phones was rapidly rising. In addition, phone companies often offered free calls at night after 9:00PM in this time period, meaning that the researchers could identify a time when people were more likely to be using cell phones. This would have also been before handheld phone use was banned by laws and hands-free was more common.

The study found that the rise in cell phone use was not followed by a rise in car accidents, even in the 9:00PM span where more calls occurred. Dr. Pathania and his colleagues were surprised by these results, but confirmed that they were correct.

This doesn’t automatically prove that cell phones don’t cause accidents. Aside from the fact that they didn’t look at texting or internet use, which are more attention-intensive than holding a phone to your ear, other factors may have led to this result. Driving on the road after 9 might not be the most risky time to use a phone. In the time period the data came from, cell phones weren’t as ubiquitous, so it may have been that the earlier adopters were more responsible and safer drivers on average. Dr. Panathia told the BBC, “It may look different if you focus on young males or new drivers,” and that “Rash drivers will always find a way to distract themselves.”

More current and comprehensive research would paint a clearer picture of what meaning this analysis is really telling us. While either handheld or hand-free calling might not be as distracting as previously thought, it doesn’t discredit the facts of any individual situations, just the overall trend. We wouldn’t recommend whipping out these statistics if you get pulled over for distracted driving.

(via BBC News, image by Shuets Udono via Wikimedia Commons)