Catwoman and Batman Are Having a Baby! Will Helena Wayne Be Making a Return?

Who doesn't have a pregnancy catsuit on hand? 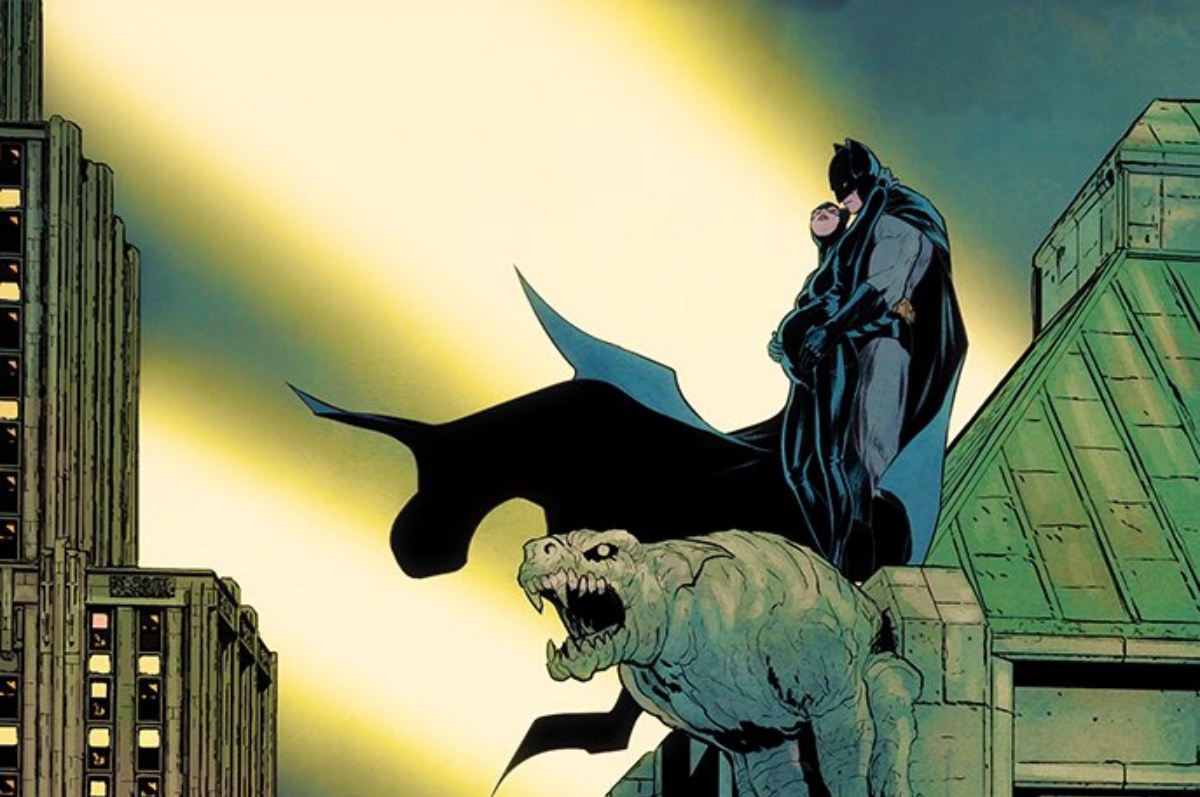 Despite their wedding fumble and a lot of issues between them, Batman and Catwoman have come together during Tom King’s run of Batman that is full of commitment without actually putting a ring on it. Well, it seems that they have possibly added another layer to that commitment with a baby. Because that’s always a good idea.

Tom King posted a picture on his Twitter of Selena Kyle and Bruce Wayne, clad in their best everyday wear atop a building. If you zoom in, you can see that Selena Kyle is sporting a very late-stage baby bump. First of all, the spandex that she uses for that costume is incredible, and I respect her desire to have catsuit maternity wear. However … what?

People are guessing that this will be part of King’s upcoming series Batman/Catwoman, or from King’s story in the upcoming Catwoman 80th anniversary special. Polygon comics editor (and Mary Sue founder) Susana Polo brought up that before their wedding got called off, Selena had expressed to Damian Wayne that she didn’t think she could “raise someone to be better” than herself. Still, a lady has the right to change her mind, and at least this is a baby that Bruce consented to have.

Now, this could always be a fake-out or a sweeps week-style baby, but if Selena is really pregnant, I’m hoping that this will mean the return of one Helena Wayne, the alternate universe Huntress.

Back in 1977, after the suggestion that Earth-2 should have its own revamped Batgirl, the team of Paul Levitz, Joe Staton, Joe Orlando, and Bob Layton created Huntress. Her backstory in the comics was that she grew up as the wealthy Wayne heir, with her parents, her older brother Dick Grayson, and second father, Alfred, but then … sigh … Selena Kyle was fridged.

Helena, much like her father, created the alter-ego of Huntress in order to get revenge on the person responsible for killing her mother. Helena got eighty-sixed during Crisis (just like her live-action counterpart during the Arrowverse crossover), and the new incarnation of Huntress is one Helena Bertinelli.

So hopefully, we can get Helena Wayne, but without having to kill off or otherwise harm Selena Kyle.

I have seen the child pic.twitter.com/1orxKA7Vyp

Wonder what Talia is going to think of this pregnancy? Is Damian really ready to be an older brother and not a huge pain in the butt? These questions and more, we will just have to find out when the actually story comes out.

… I hope Clark is the godfather. Or, there is a battle royale between Clark and the former Robins to see who will be the godfather. Yes. That’s good.