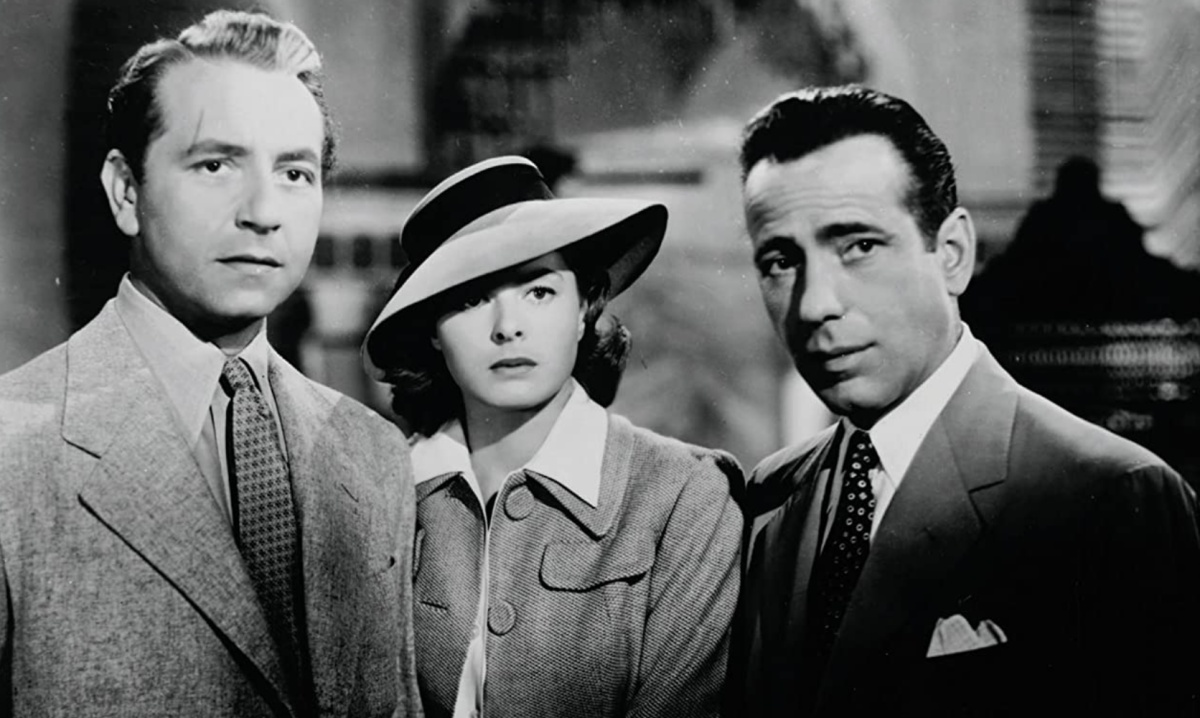 Michael Curtiz’s 1942 film Casablanca is considered one of the greatest romance films of the classic Hollywood era. But as I rewatched it last night, I connected with its themes of resistance and hard anti-fascist take.

Filmed and set during World War II, Casablanca focuses on a sad and cynical New Yorker with brown eyes, Rick Blaine (Humphrey Bogart) who must choose between escaping with his former lover, Ilsa Lund (Ingrid Bergman), or helping her and her husband Victor Laszlo (Paul Henreid) escape from the Nazi-controlled city of Casablanca.

Now for those who don’t usually love black and white films, not only is Curtiz’s direction impeccable but the screenplay (written by Jewish writers Julius J. Epstein, Philip G. Epstein, and Howard Koch) is sharp, witty, and still makes me laugh out loud, especially the lines delivered by Captain Louis Renault (Claude Rains).

Politically, the film is quite extraordinary in who worked on it and how quickly it was made during World War II.

Casablanca is a city of refugees, and many of the people in the film were anti-Nazi and were still (because it was 1942) fighting against the Reich. Paul Henreid, who plays the Czech resistance leader Victor Laszlo, was strongly anti-Nazi. So much so that he was designated an “official enemy of the Third Reich.” S. Z. Sakall, who plays head waiter Carl, was a Jewish Hungarian man who lost many family members in Concentration Camps, including all three of his sisters. Conrad Veidt, who plays Nazi officer Major Strasser, was a German man with a Jewish wife who fled Germany. He actively worked to make films that would help bring the American war effort into WWII. Madeleine Lebeau, a French actress, cries genuine tears during one of the best scenes in the movie, the singing of La Marseillaise.

The Nazi soldiers in the film take over the piano and begin playing Die Wacht am Rhein. Laszlo, with Rick’s approval, gets the band to play La Marseillaise, the national anthem of France. All the customers get up and belt out the song, drowning out the Nazis, and you see Lebeau’s genuine tears of pride in the film. Watching the scene last night, I won’t lie, I got chills.

It gives me chills not just because it is this powerful resistance moment, but that it gives us that moment during the War. Refugees belting out a song to say “fuck you Nazis” in 1942 is just a great feeling and it alone sums up why this movie ended up walking away with Best Picture.

I was impressed especially with how the script managed to do so much. It provides a moving love story—and one of the best love triangles—and yet also stands strong as a film that is about pushing back against fascism. Casablanca is about being moved past cynicism, about standing for something and doing the right thing even when it’s hard. You cannot be neutral against evil.

Casablanca is currently streaming on HBO Max and if you have the service, I’d recommend giving it a rewatch. In this post-election stew, it served to me as a reminder that the work of resistance isn’t done. Not yet.