After a Winning Streak, Pixar Gets Its First “Rotten” Movie: Cars 2 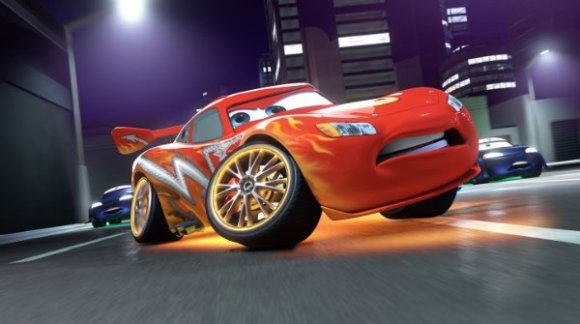 It had to happen at some point, right? After a string of strong critical successes, Pixar appears to have its first failure, at least according to review aggregator Rotten Tomatoes. Cars 2, which opened today, is running a 36% positive rating (as of this writing), which means that only 36% of the reviews coming out are positive. (One of them is probably Armond White‘s. Although Peter Travers and Roger Ebert like it!) But will this have any effect whatsoever on its box office numbers? Probably not.

Generally, when one thinks of Disney/Pixar, the thing that comes to mind is “good storytelling,” or “good characters,” and then “really good animation.” But Cars 2, as enthused as director John Lasseter was about it, seems to have been derived almost completely from commercial success instead of a good story. And while this is far from schadenfreude, a critical failure was bound to happen. Judging from the reviews that are up on Rotten Tomatoes — from both critics and audience members — Cars 2 took the easy route in forming a new story to tell: exploiting the most well-received parts of the first one without realizing why they were so well-received. People liked Mater. But Mater wasn’t the main character. It was just enough Mater to be enjoyable, and then there was a whole other movie going on. In the sequel, Mater is the lead alongside Lightning McQueen. And that — for most people — is too much Mater.

As far as the story goes — in which Lightning and Mater go to Europe to find the world’s fastest car and then become entangled in a madcap international espionage scheme (and guess who is doing the latter while the other is in the actual car race? answer: MATER) — it almost looks like an easy excuse to put a popular secondary character (who already had a spinoff) in a silly situation. You can’t blame filmmakers for trying to make a financially and/or commercially successful film, but unlike Pixar’s Toy Story sequels, there seems to be an absence of something very important that also made the first Cars movie worth watching: heart. (And Paul Newman‘s gravitas. As an anthropomorphic car.) I’ll admit, this is only going by other people’s reviews and plot synopses, so I won’t claim to know how this all plays out. But not very many people like being pandered to, generally speaking. Will the real target audience — kids — mind? Probably not. And that’s what might keep this from being a box office disaster. And the merchandising opportunities (come on, toy cars! with faces!) were too good to pass up to send this thing straight to DVD.

tl;dr: Cars 2 was about money first, Pixar-worthy story second. Reviewers see through this, but kids will not care.

They can’t all be Toy Story, but what should we anticipate from Monsters University?