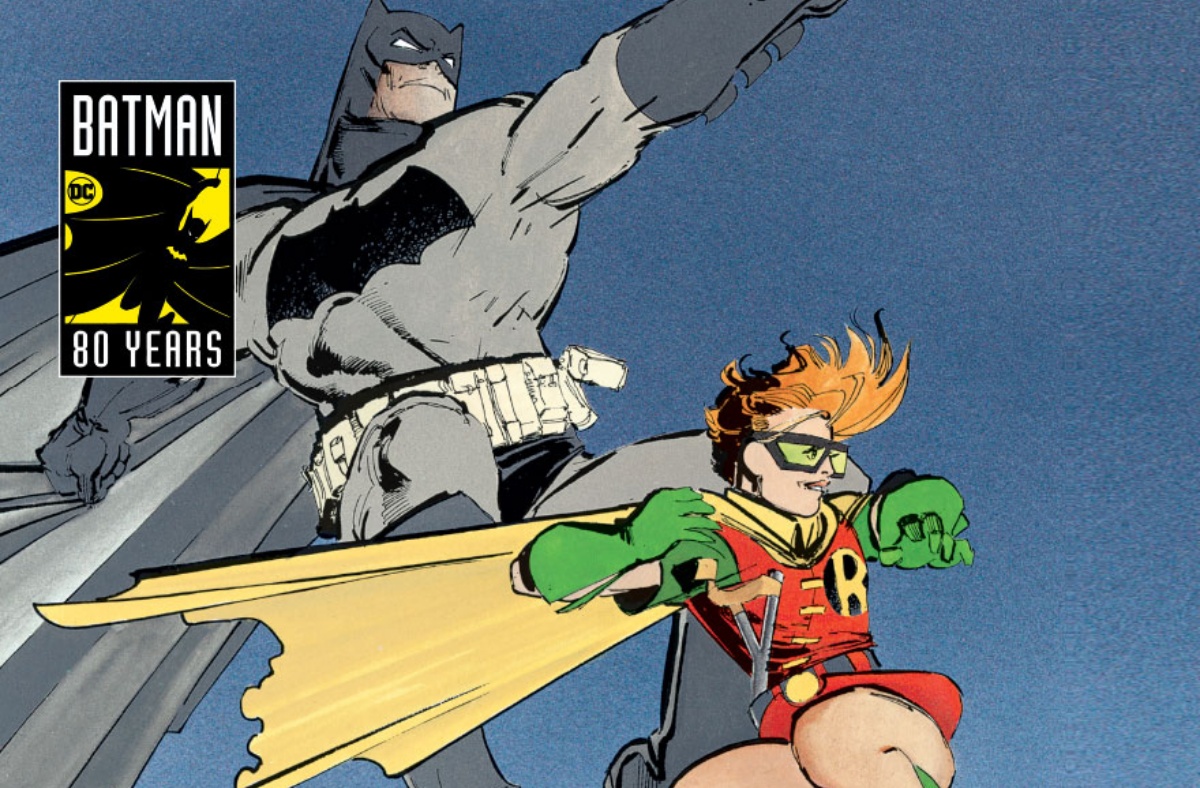 Zack Snyder revealed on Vero that Dick Grayson is dead in the current canon of the DCEU, and he was later asked if there were plans to bring Dick back after Flashpoint. In response to that, Snyder replied, “Stay dead … till Carrie.” And that can only mean Carrie Kelley.

Carrie Kelley debuted in Frank Miller’s The Dark Knight Returns and is a non-canon Robin in the DC Comics world (due to Miller’s graphic novel not taking place in the DC Comic Universe proper). In the comic, we have a 55-year-old Bruce Wayne, a.k.a. Old Man Bruce, who decided to fight crime in Gotham again after his retirement because … it’s Bruce.

He ends up meeting Carrie when she rescues him from a gang of Mutants during his first return to the Batsuit. She ends up buying a Robin costume with her own money and arms herself with a slingshot, firecrackers, and a dream, with the intent to meet Batman again and join him. Bruce eventually takes her under his wing officially.

Kelley, unlike Grayson or Jason Todd, is not an orphan but does have two very apathetic parents. She’s a girl scout, but very much believes in Batman and his cause, even playing a role in helping distract Superman before the final battle between the two comic book icons.

In the sequel comics (that we don’t speak of), Kelley ends up becoming Catgirl and then, later, a version of Batwoman in … The Dark Knight III: The Master Race, taking over the role of the Bat when Superman goes missing at the end of the comic.

I have always been a fan of Carrie Kelley in The Dark Knight Returns. She doesn’t feel like just a “girl Robin,” and I liked that she played a role in all the major conflicts in the book, rather than being sidelined. Seeing her in the live-action version of the DCEU would be very interesting … in theory.

While I think that Snyder’s depiction of women in the DCEU is overall fine (ideology aside), the issues I have with bringing Carrie or any elements from Miller’s Bat-world into the DCEU proper is that I don’t think the foundation is there to give that story justice. Love it or not, Miller’s The Dark Knight Returns was so powerful because it played with decades of DC Comics history.

The DCEU is just now finding its footing, and Batman is among one of its most underdeveloped characters in-universe. We know a Robin died, but they don’t even tell you which one in the movie. Bruce, as a character, changes dramatically from Batman v Superman to Suicide Squad to Justice League. If we’re going to get Carrie, it needs to be in a movie that is all about the psychological complexities of Batman—not just throwing her into the sea of an already underdeveloped universe.