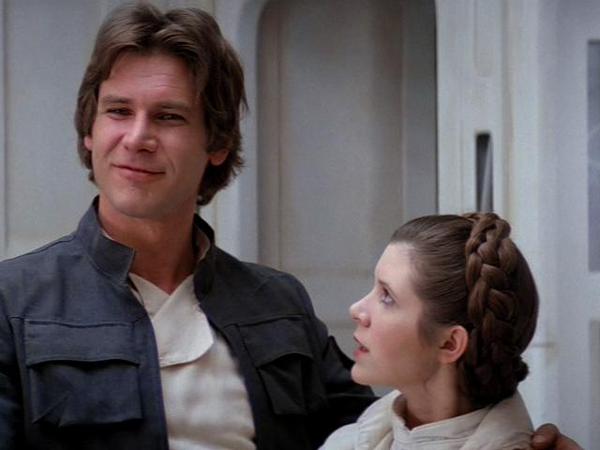 Carrie Fisher has never shied away from speaking her mind. While she recently returned to her most famous role as Leia in The Force Awakens and will be continuing on with the Star Wars franchise for the foreseeable future, Fisher isn’t taking much of a break. In addition to several works of fiction, she’s also written two memoirs and has just finished a third. Via an interview with The Guardian, she discusses why she waited so long to reveal the truth and the intense emotions that were resurrected when she chose to dive into her past.

The appropriately titled The Princess Diarist is based around journals Fisher kept while working on the set of the original Star Wars trilogy–and while there were often rumors that she and co-star Harrison Ford were closer than friends IRL, her upcoming memoir reveals the two had a brief, three-month affair while working on the first movie. (Fisher says she sent a copy of the manuscript to Ford as a heads-up, offering to remove anything he could object to, but received no word from him on the subject.)

According to Fisher, her brief fling with Ford only lasted as long as the first Star Wars movie–when the two reunited for Empire Strikes Back and Return of the Jedi, they didn’t pick up where they’d left off: “I think it was reabsorbed. You can see in our body language that we are comfortable with each other.”

While fans had their own theories about whether Fisher and Ford were romantically involved any any point, one person who was completely oblivious to the fact was the third part of their Star Wars trio, Mark Hamill. Fisher says she broke the news to Hamill recently, who she described as being “shocked” by the revelation. However, it sounds like more than a little bit of Leia’s relationships with Han and Luke bled over into reality for Fisher: “Yes, I love [Harrison]. I’ll always feel something for him. I love Mark, too, but I love Mark more like a sibling. You can’t pretend something for so long without some of it coming true.”

For the full interview with Fisher, as well as an excerpt from The Princess Diarist (which will be out on Tuesday, November 22nd), you can visit The Guardian.