At the D23 Expo, Disney shared footage from behind the scenes of The Last Jedi. The footage gives us some hints about the script, beautiful shots of the set, great glimpses of the puppeteering and creature work in the film – and some fuck-you-up footage of Carrie Fisher looking warm, smiley, and steely-eyed-General on the set.

Like…Disney, Lucasfilm – you gotta give a girl a warning before you drop this into your video. 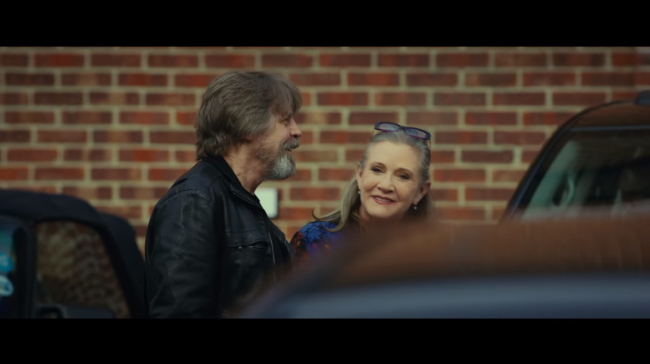 Or this. Look at that smile! 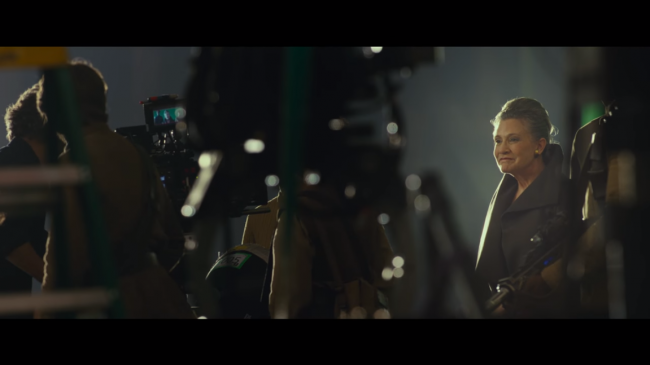 Apart from tearing my heart apart, the footage also gave us plenty of hints about The Last Jedi. Perhaps most intriguingly, the cast members repeatedly teased that this movie will be “unexpected.” This could be a great thing that helps the new trilogy feel fresh; after all, one of the chief criticisms of The Force Awakens was how similar it felt to A New Hope. It could also mean that director Rian Johnson is taking the franchise in a new and terrible direction. (Please, universe, let it be the former.)

“Rian has written a story that’s unexpected but right,” said Daisy Ridley. “Some of the stuff that happens…people are going to be like, ‘Oh my God.'”

“Even though I think I know it all,” said Mark Hamill, “they throw things at me, storywise, I never could have imagined.”

“Everything is being shifted in an opposite way to what the audience expected after VII,” said John Boyega. “Rian’s made Star Wars fresh and new.”

Either way, this footage definitely has me excited for the new film – and sad, yet again, that we lost Carrie Fisher so soon.

(Via Polygon; image via screengrab)