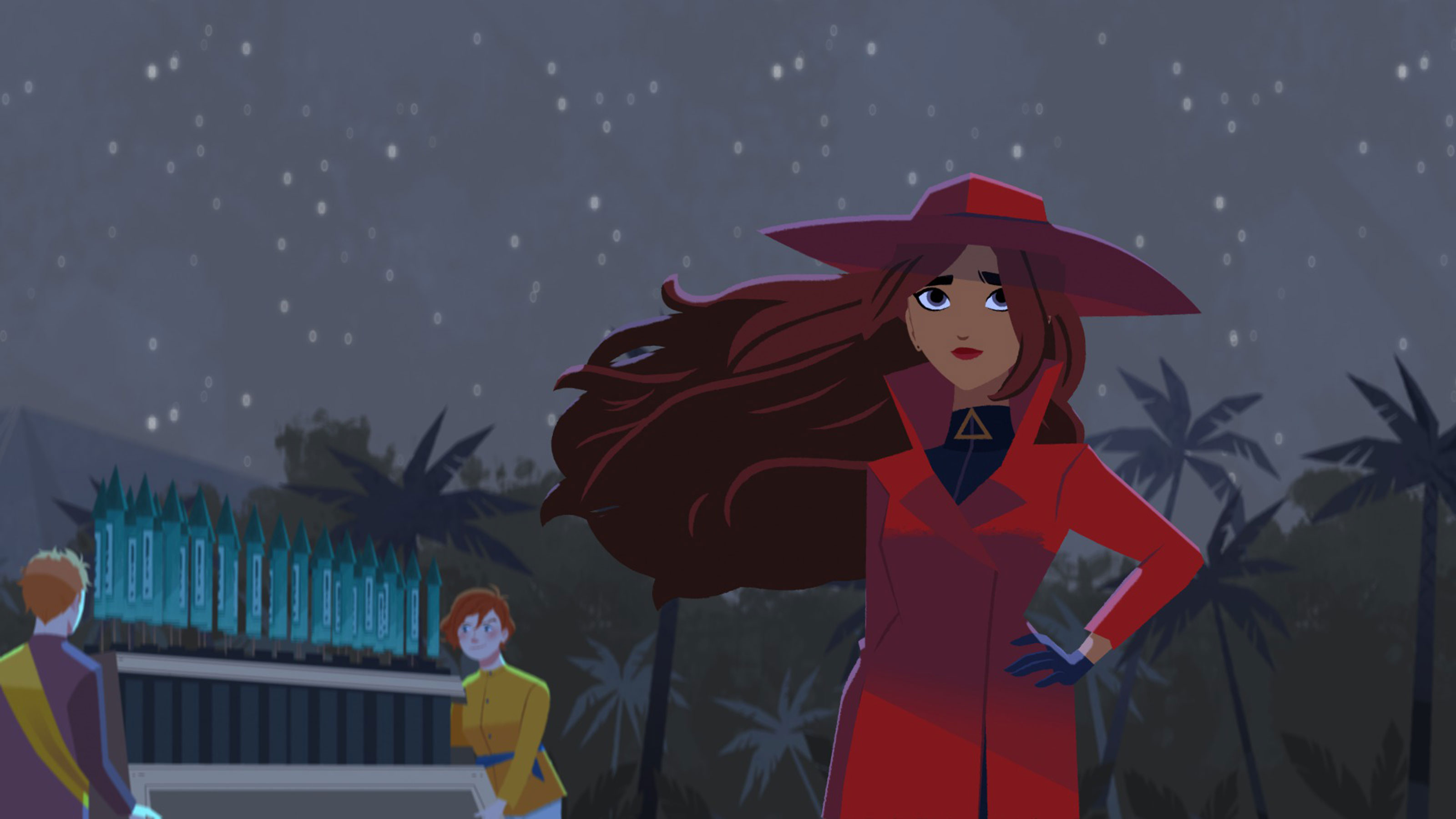 Grab your red hat and get ready to steal some artifacts, because Netflix just released the first trailer for Carmen Sandiego, an animated reboot of the TV show based on a game (confused yet?).

The show reimagines Carmen as more of an anti-heroine than antagonist, with her on a mission to steal valuables and historical artifacts from other thieves. The titular character is voiced by Gina Rodriguez, and she is joined by Stranger Things‘s Finn Wolfhard as Player, her chief accomplice.

Consider this her superhero origin story: she trains at V.I.L.E. in the ways of being a thief, before she realizes that she can’t commit heinous acts and decides to steal from the criminal underworld instead. The trailer promises a jazzy theme song, plenty of action, and, of course, someone yelling the famous phrase “where in the world is Carmen Sandiego?” Rodriguez will also don the coat and hat for a live-action Carmen Sandiego film later this year.

Check out the trailer below, and let us know if it is either ruining your childhood or climbing to the top of your Netflix queue!

Happy first Friday of 2019, Suevians! Have an excellent weekend!