LOL: Carly Fiorina Thinks Trump Should Be Impeached But Still Might Vote For Him

Because a literal criminal is still better than a Democrat 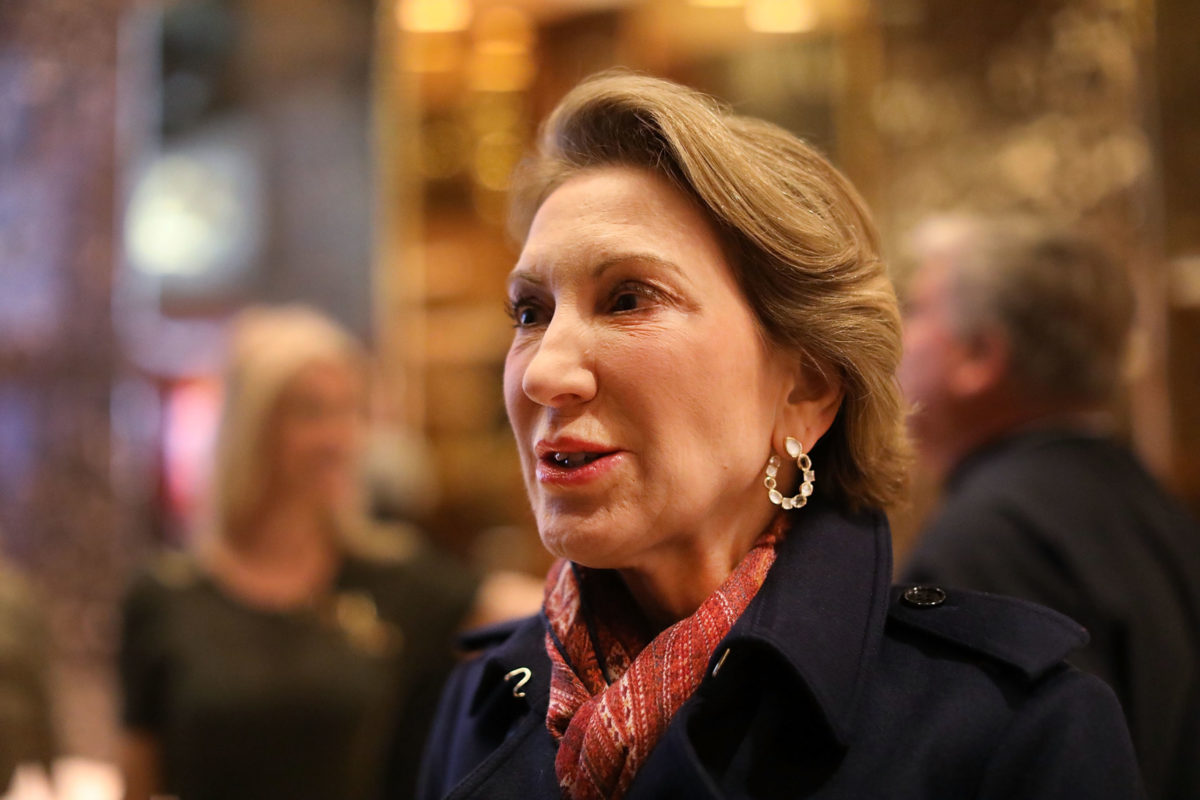 Carly Fiorina, former Republican presidential candidate and disgraced Hewlett-Packard CEO, said in an interview this morning that she thinks it is “vital” that Trump be impeached. And while this is a huge step away from the GOP party line of “witch hunt” she stopped short of actually calling for his removal from office.

Appearing on “Boss Files with Poppy Harlow,” Fiorina stated that Trump’s conduct was impeachable and “destructive to the republic.”

“I think it is vital that he be impeached. But whether Trump should be removed from office, Fiorina said, “this close to an election, I don’t know.”

After dropping out of the 2016 presidential primary race there was speculation that Fiorina was being considered for a cabinet position within the Trump administration. And while she met with Trump in Trump Tower after he was elected, she was never assigned a position. Fiorina has said that she voted for Trump in 2016 because of her hatred of Hillary Clinton (of course), but has since become “bitterly disappointed” with the Trump presidency.

However, in a truly Republican move, she claims that she still might vote for him in the 2020 election, saying “It depends on who the Democrats put up.”

So let’s get this straight. Reasons Trump is offensive and impeachable to Fiorina:

Reasons Fiorina might still vote for him in 2020 even if he is impeached by congress:

On the one hand, it is somewhat refreshing to see a republican show the barest hint of a spine by calling Trump out for his “systematic tearing down of people, institutions, political opponents” because his actions “will have long-lasting damage if it goes on for much longer.” And also for critiquing the republican party’s obsequious fealty to Trump, saying that they “seem to be all about pledging fealty to Donald Trump no matter what. And I’m just not in that place.” But on the other, can’t have a democrat in office! Especially a progressive one.

The hilarious capper to this “bold” stand against Trump – Fiorina showing support to Michael Bloomberg, the latest billionaire to throw his hat in the 2020 presidential race. Because he “actually knows something about running an organization… unlike Trump.” At least we know where her loyalties truly lie … with whoever has the most money.