Please Stop Pitting Captain Marvel and Wonder Woman Against Each Other

We can have both. 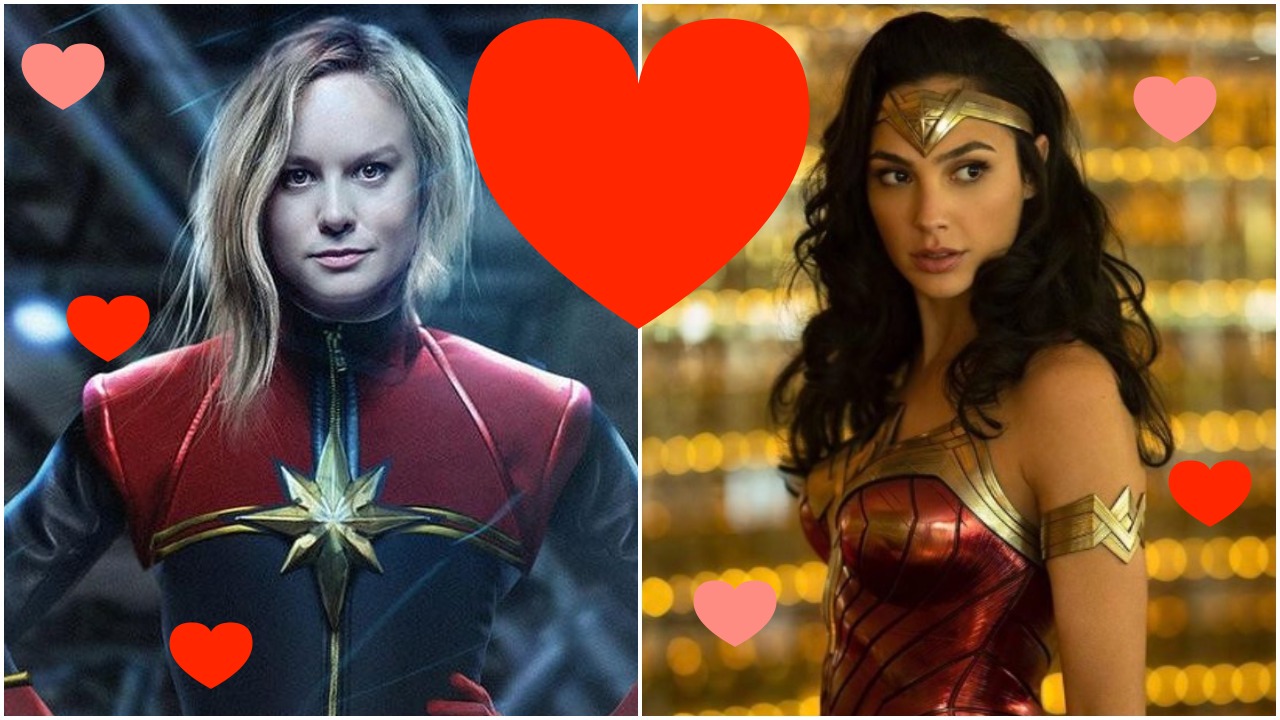 A new trailer for Captain Marvel dropped last night, and for some people, that means one thing: It’s time to compare her to Wonder Woman.

Why? It can’t be their plots, as these two characters’ stories could not be more different. The visual tones of this trailer and the Wonder Woman movie are also super distinct. Heck, they’re not even from the same comics giant.

Nope, the only thing these two superheroes have in common is that they’re—you guessed it—women. And apparently we can’t live in a world with two superhero movies led by women without people insisting on tearing at least one down.

Some of the conversations around the internet today are real debates over who would win in a fight, or which movie will be better. Some are seemingly innocuous comments like HuffPost’s “step aside,” which is currently, thankfully, being ratioed into an early death.

How about let’s not pit Captain Marvel against Wonder Woman like this is an old catty female stereotype and there’s only room for one woman. Do better. https://t.co/fGm69q6DCQ

It’s pretty heartening to see so many people chiming in to tell HuffPost and others that this need to create competition between two female characters is unnecessary. It’s baffling to see so many conversations happening elsewhere discussing not even which movie will be best, but which will be proven to be bad, as a lot of people seem to have it in their minds that there can only be one even decent female-led comic book movie. They’ve been conditioned to believe that there is only room for one.

Action movies aren’t the only place we see this sort of manufactured competition, of course. Pretty much any time two women exist in the same space, people feel compelled to compare them and declare one the winner. When Brie Larson won her Best Actress Oscar, she was declared the “new” Jennifer Lawrence. When Emma Stone won hers, she was the new Larson. (The fact that all three of those women are friends doesn’t seem to matter to those doing the ranking.)

We never do this with men in the same situation. There are nearly half a dozen guys named Chris currently playing major superheroes. There are two superheroes named Peter. Why don’t they get the same sort of scrutiny? (To be fair, there is a running internet joke of naming the “Best Chris,” but that is, at its heart, a joke born of love and amusement at the fact that there are, again, four currently active superhero Chrisses.)

Leading up to the release of Wonder Woman, there was such intense pressure for that movie to be perfect. That pressure was completely unfair, but it was real. We all knew that if it didn’t blow people away, it would be a long while before we got another female-led superhero blockbuster. Now that more of those movies are coming out, please, let’s quit it with this idea that there can only be one great one. Let’s just let them exist, let them be great, and let ourselves enjoy them all.

Let’s be real. If Carol Danvers and Diana ever met in real life, they’d be friends. And Brie Larson and Gal Gadot have been super supportive of one another in reality. This isn’t a competition. Both characters – and women – slay. pic.twitter.com/b2mUmIcHcM