Stop the Presses, Carol’s Great Love in Captain Marvel Is Her Friendship with Maria Rambeau 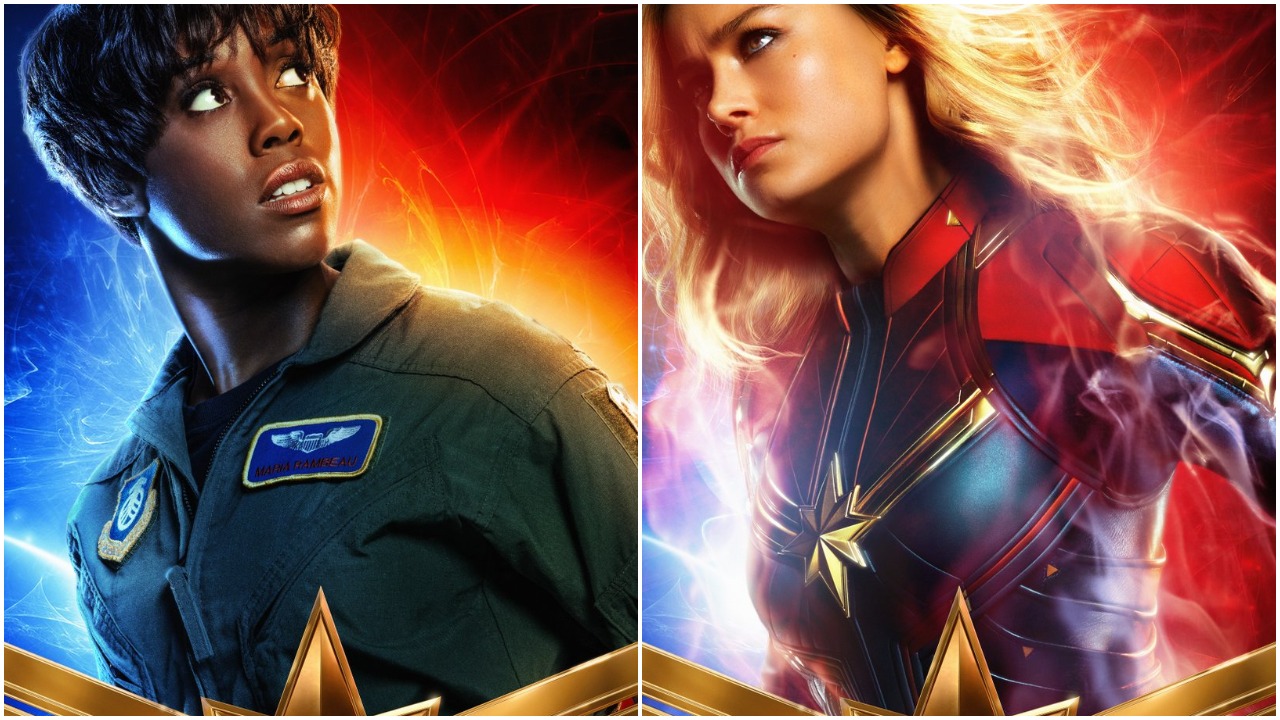 Superhero movies, more often than not, contain a love story. It can be romantic love, platonic love, or familial love, but love is the greatest motivator a superhero can have. It seems as though Carol Danvers (Brie Larson) is getting her great love, too, and it’s with Lashana Lynch’s Maria Rambeau.

At a recent press conference, Larson spoke about Maria and Carol’s connection, and how it strengthens the film. She said, according to io9:

“What they’ve gone through together—going through military training, being the only women there, and then using each other to lean on each other for that support and a recognition of their experience is really special. Of course, I think they would have been friends outside of that experience. But I think that’s a really tight-knit bond that they have, and they’re family.

Female friendships are incredibly powerful, and often unexplored in the superhero genre. Marvel has Jane Foster and Darcy in the Thor movies, the sisterhood between Gamora and Nebula, and a team-up with Wanda, Natasha, and Okoye in Avengers: Infinity War, and that’s about it when it comes to major female friendships. The television shows feature more women speaking to each other, but in terms of film? It’s all about the dudes when it comes to interpersonal relationships.

This is why you can clearly see a woman wrote Captain Marvel. Instead of getting some most likely weird romance between Carol and whoever Jude Law is playing, Carol’s main relationship will be with her friend and her friend’s daughter, Monica; it’s likely that once Carol catches up with the main timeline, Monica will have grown into the superhero Spectrum herself.

The closest thing we have had to a key female relationship is Gamora and Nebula, and they are still supporting roles to Peter Quill’s family issues. Captain Marvel will shake this up with a main love story between the two women, and hopefully, going forward, Carol will have a lot of female friendships. The whole “one woman per team” situation is not working any longer. Let the new, post-Endgame Avengers lineup feature plenty of women.

Also, in general, Larson’s comments thrill me. One of my biggest complaints about fellow female superhero film Wonder Woman is how, after Themiscyra, the film trends more towards Diana interacting with men. Given the number of women in Captain Marvel, from Carol to Maria to Minn-Erva to the Supreme Intelligence, I am excited that this film is making sure that Carol’s relationships with the women around her are just as important as her relationships with her male counterparts.

Honestly, I’m also already low-key shipping Maria and Carol. I hope fandom writes plenty of fanfiction for them, since the MCU is sorely lacking in femslash. I cannot wait to see this pairing on the big screen, and this makes me even more hyped for the film than I thought I could be.