Captain Peggy Carter Gets Her Own Comic Book Series in 2022

She can do this all day. 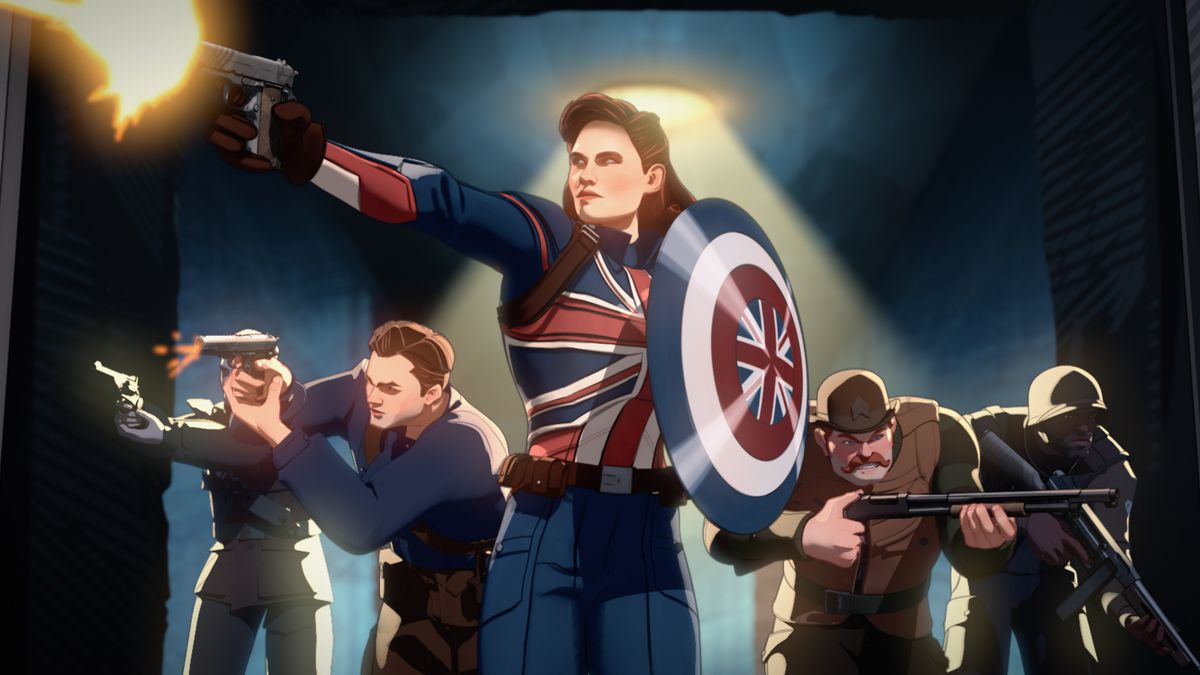 Peggy Carter has gone through many different titles during her tenure in the Marvel cinematic universe. From Strategic Scientific Reserve officer to undercover SHIELD agent to super serum-enhanced Captain, Carter keeps returning to the MCU in various forms. Now, thanks to the popularity of Captain Carter in Marvel’s What If…?, Peggy will now headline her own comic book miniseries.

Captain Carter is a five-issue series written by Jamie McKelvie (Young Avengers, Wicked and Divine) with art by Marika Cresta (Star Wars: Doctor Aphra, Fearless). Inspired by Marvel’s What If…, the series will follow the Peggy Carter who ends up taking the super soldier serum instead of Steve Rogers. She becomes Captain Carter, and soon leads the allies in their fight against Hydra. The comic will see Peggy fight an old enemy as she adjusts to her new life in the present. 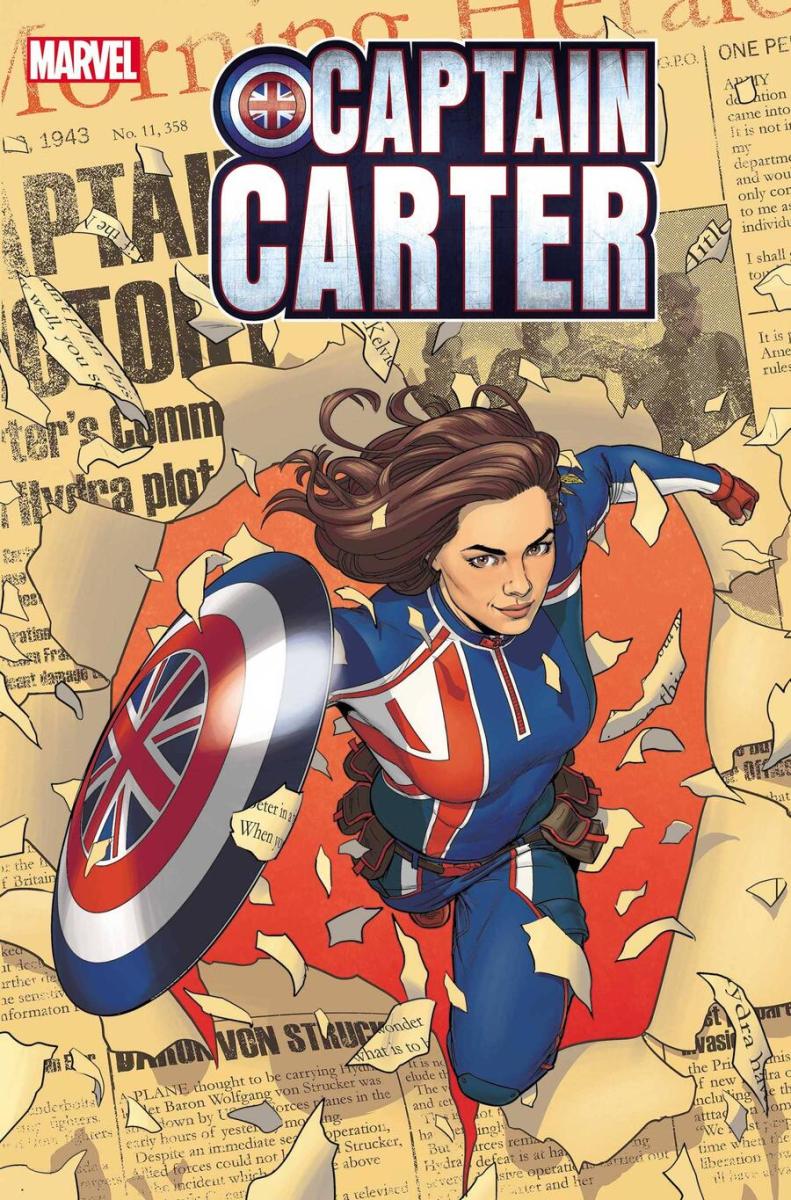 McKelvie said of the series, “The world remembers the myth of Captain Carter, but to Peggy the reality was just yesterday. Now she finds herself in a nearly unrecognizable new world, how does she fit in? Can she be the Super Hero people want her to be?”

Captain Carter made her debut in the mobile game Marvel Puzzle Quest, and subsequently appeared in Saladin Ahmed and Javier Rodriguez’s Exiles #3. In Marvel’s What If…?, Captain Carter leads the Guardians of the Multiverse against Ultron, and is expected to continue her role in the second season of the animated series.

What If’s executive producer Brad Winderbaum described Carter as the linchpin of the multiverse, “not more important than the rest, but [someone who] had a strong relationship with the Watcher—who was our driving force behind the series—and that’s Captain Carter.”

He continued, “We realized as we started developing the second season that Captain Carter was going to be the character we would revisit in every season, and continue that adventure … Obviously, we’re telling a story on a giant multiversal canvas. So you never really know who’s going to pop up where and when. It’s very much an anthology, but there’s always opportunity for fun connections to be made.” 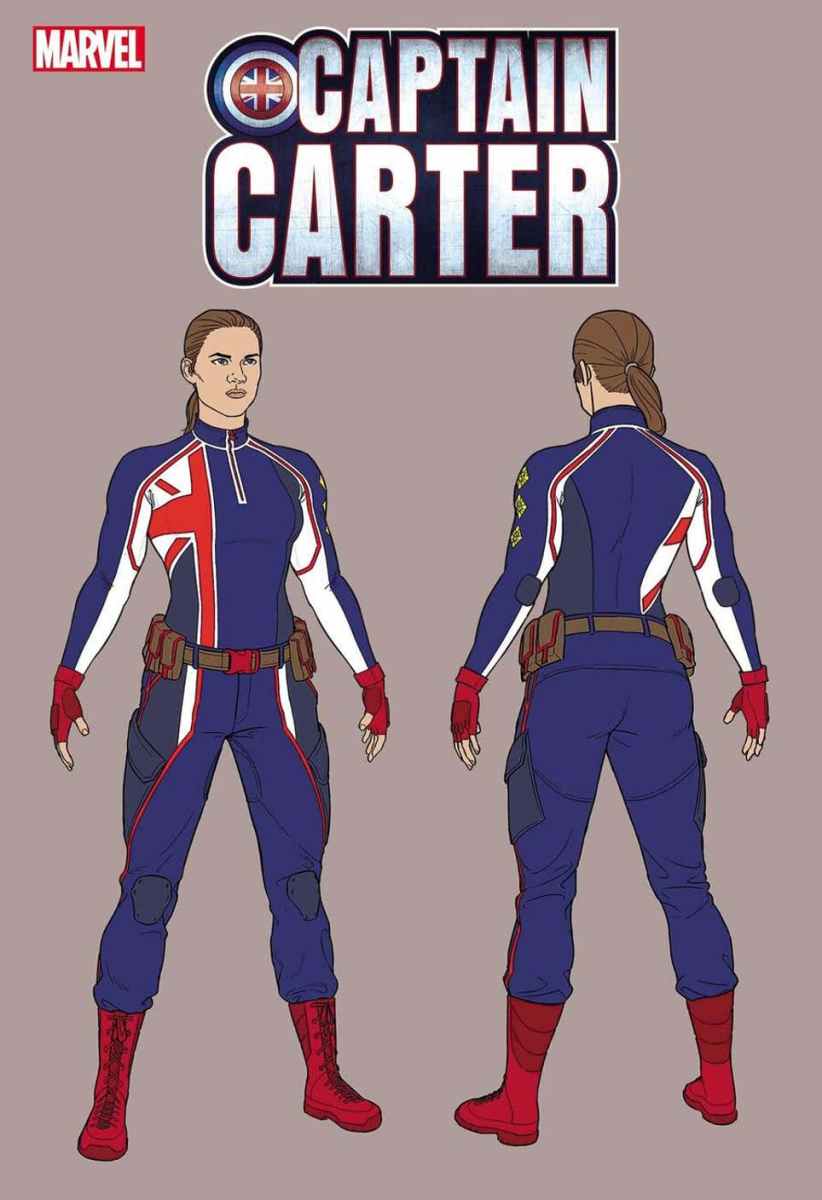 The Marvel cinematic universe has given us plenty of heroes over its 13 year run, but few have had the longevity of Peggy Carter. Peggy (portrayed by Hayley Atwell) first appeared in 2011’s Captain America: the First Avenger as a no-nonsense and highly capable officer with the Strategic Scientific Reserve. The film saw her fall in love with Steve Rogers/Captain America before he crash lands crash lands in the Arctic. Peggy was a fun, if underwritten, character (like most female loves interests in Marvel’s Phase One films) but she proved irresistible to a large swath of the fandom.

The ABC series Agent Carter followed, which ran for two seasons. And Carter returned in various MCU entries, most notably in the final scene of Avengers: Endgame where she finally gets to dance with Steve. Could a live-action Captain Carter be on the horizon? We’ll have to wait and see.