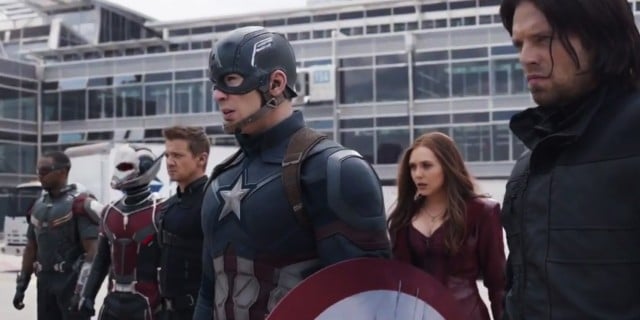 For all we’ve seen of Captain America: Civil War in the steadily increasing stream of trailers, clips, and promo shots like the ones we’re about to discuss, we really don’t know a lot about the movie’s villain. Yes, with the heroes fighting each other this time around, there is still a menacing force pulling some strings, and now we have some (some) info on just who that is and what they’re up to.

**Mild spoilers ahead, of course, so leave now if you’d rather not know.**

Though it’s tough to tell to what extent, and Entertainment Weekly, who brought us these new shots, is remaining tight-lipped, Helmut (Baron) Zemo is taking on our heroes this time around. However, far from the imposing purple dude in the comics, he looks—in this image, anyway—like a pretty normal guy. That’s all part of the plan, though, as EW comments, “As Helmut Zemo, Daniel Brühl is a mysterious, manipulative figure who is positioning the heroes against each other. Why? We know, but can’t say. It’s too much of a spoiler.”

In the comics, Zemo has had repeated run-ins with Captain America and reappearances to exact revenge, and co-director Joe Russo said that we can expect this Zemo, while different in appearance, to share that revenge motive. Here’s the first, unassuming look at Brühl in character: 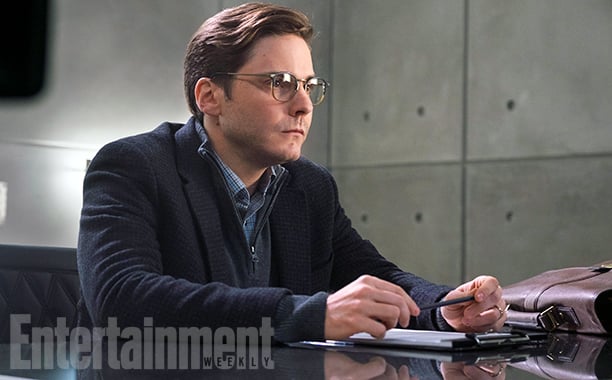 There’s a lot going on in Civil War and plenty of fighting to go around just between the good guys, so it’s tough to know whether Zemo will stay as incognito, unassuming, and manipulative from behind-the-scnes as he seems in this image or not. Luckily, we don’t have long to wait for the movie’s May 5 debut! If you haven’t been inundated with enough info and imagery as the final marketing push continues, head over to Entertainment Weekly for another shot of T’Challa/Black Panther and more new images an details.

(via Entertainment Weekly, images via Marvel)