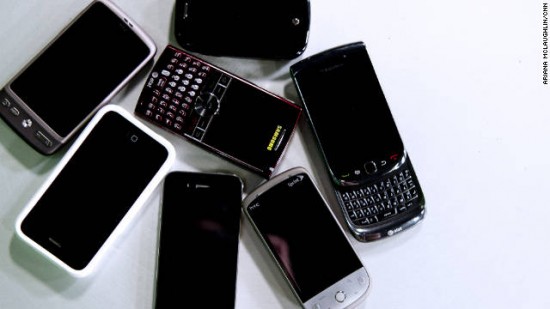 A recent California Supreme Court ruling has made it illegal for police officers to search the contents of a cellphone without first getting a search warrant. This overrules a decision last January which had, according to state Senator Mark Leno, “legalized the warrant-less search of cellphones during an arrest, regardless of whether the information on the phone is relevant to the arrest or if criminal charges are ever filed.”

The new law, which the California State Assembly passed unanimously, completely turns the table on police officers’ access to your digital data. While there are (rare) circumstances under which police can look around your house or your car on the spot, it seems that this new law means that if you want to look at the info on a cellphone at all, you need a warrant 100 percent of the time. To boot, it’s not just cellphones, the law extends to all “portable electronic devices…capable of creating, receiving, accessing, or storing electronic data or communications.”

Despite the fact that the California State Assembly seemed very keen on the law, there were, of course, dissenters. The Peace Officers Research Association of California argued that restricting cellphone searches hampers officers’ ability to adequately fight crime by restricting their access to potentially useful information. It’s a pretty strong argument in that it is completely true. This isn’t about whether or not the information obtained could help officers however, it’s about whether or not they should have it.

In the decision, the State Assembly backed up their argument by pointing out that once in police custody, cellphones don’t really pose any sort of danger to officers and that confiscating the phone without searching it is a good way to deal with concerns about destruction of evidence.

While the matter seems to be settled in California, the Oregon Supreme Court just passed up an opportunity to hear an analogous case of their own. With the increasing pervasiveness of “portable electronic devices” and the ongoing arguments about when and how one can film officers of the law, this matter is only going to become more important. Hanni Fakhoury, a staff attorney for the Electronic Frontier Foundation who deals with the issue frequently, thinks that it isn’t going to go away until it makes it all the way to the U.S. Supreme Court and said the following in an article by CNN:

I certainly see this issue ending up in the U.S. Supreme Court at some point. None of the cases involved relied solely on state law. They all raised constitutional issues. There would be no reason for the Supreme Court not to get involved.