Can’t Believe We Have to Say This, but Please Don’t Compare Donald Trump to Jesus

Or Impeachment to Pearl Harbor. 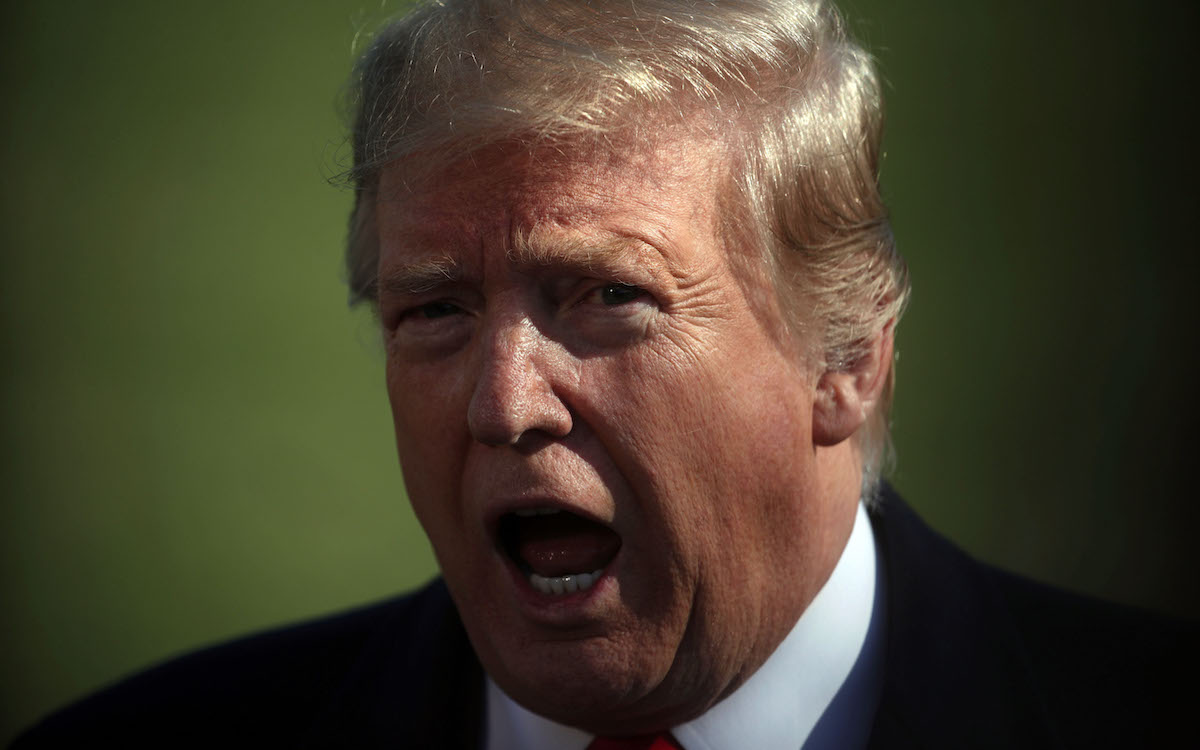 The greatest trick the devil ever pulled was probably the one that got a bunch of self-proclaimed Christians to defend and protect the most un-Christian president in history. Somehow, a man defined by the kind of greed, wrath, lust, envy, sloth, gluttony, and pride that would be at home alongside the worst villains of the old or new testament has yelled loud and long enough that members of Congress are comparing him … to Christ.

It all comes down to, I guess, this disingenuous line that Trump hasn’t had due process. That’s not true, and I guess we need to say this again: Despite the unified Republican narrative that the impeachment of Donald Trump is a sham meant to overturn the will of the people, what’s happening in Congress today is constitutional and in no way a violation of due process.

Let me explain, first, what due process is: It’s the constitutional guarantee that when your liberty or livelihood or life might be taken away, in some form, by the government, you get a hearing. That’s why we have trials and hearings for crimes, or if you’ve suspended from school, or all manner of things. Does this apply to removing a president? Maybe, but the thing is … the due process has happened and will happen because he’s going to get a trial!

But Congress and Trump either don’t get that, don’t care, or are ignoring it for their own ends—probably some combination of all of those. But the cries about how persecuted Trump is are getting absurd, which leads us to this Georgia rep comparing Trump … to Jesus.

“…When Jesus was falsely accused of Treason, Pontius Pilate gave Jesus the opportunity to face his accusers. During that sham trial, Pontius Pilate afforded more rights to Jesus, than Democrats have afforded this president in this process.” #ShamImpeachment pic.twitter.com/n8FZRe64eo

Just … what? For one, that’s not exactly how the whole “trial before pilate” happened. Pontius Pilate, according to John 18:28-40 and John 19:1 – 16, put Jesus before the Jews that wanted him crucified because he knew there was no crime. Jesus didn’t have “accusers” in the Bible; he had an angry mob, and … oh my god, why are we dignifying this argument?

That’s not what’s happening here! Trump’s accuser is Congress! He doesn’t need to face the whistleblower, because this is not a criminal trial! And Trump actually did the things he’s getting impeached for! One of which is obstruction of Congress!

These republicans are so out of touch with reality that they are comparing the lawful exercise of Congress’s power to impeach as an act tantamount to the bombing of Pearl Harbor. NO!

The GOP is now comparing Trump’s impeachment with the attack on Pearl Harbor.

Over 2,400 Americans died at Pearl Harbor. Trump is being impeached because he extorted a foreign country for dirt on his political opponent.

So yeah, totally the same thing.pic.twitter.com/cRWwfUwFos

Republicans continue to cry “Witch Hunt,” too, as if this is comparable to the baseless, misogynist campaigns against women of the past, when in reality, what’s happening here is based on fact—no mobs, no spectral evidence, no denial of due process. It’s just Congress doing its job while Republicans and the President yell and scream because they are being held accountable.

The callousness, vanity, and lies here are the sort of thing that the actual Jesus would, I’m pretty sure, be firmly against.

SUCH ATROCIOUS LIES BY THE RADICAL LEFT, DO NOTHING DEMOCRATS. THIS IS AN ASSAULT ON AMERICA, AND AN ASSAULT ON THE REPUBLICAN PARTY!!!!

It’s often the playbook of the guilty to fault the system, to call everything and everyone liars. Trump has convinced a wide swath of America to distrust their government, to misunderstand how our laws and Constitution work, and to ignore the truth when it’s right there. He’s painted himself a martyr to rival Christ himself, and instead of Republicans finding that wildly offensive, as they probably should, they’re hopping on the bandwagon because they want to keep this hateful man and his racist, greedy policies in power.

These people abandoning their principles to protect a cruel, racist, greedy liar? Jesus would weep.