Can Your Padlock Stand Up To A Bullet? [Video] 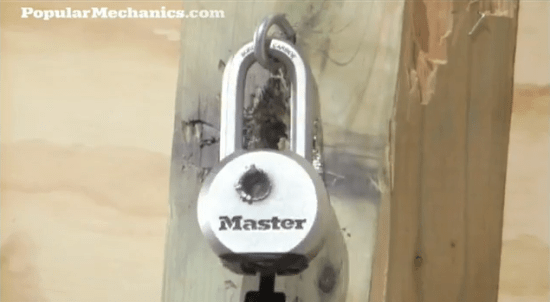 Popular Mechanics has the answer, from their Abusive Lab Tests.  If you’ve got a Master, don’t sweat it.  If not, well, see below.