Can Trump Pardon Anyone, Including Himself?

The answer is complex 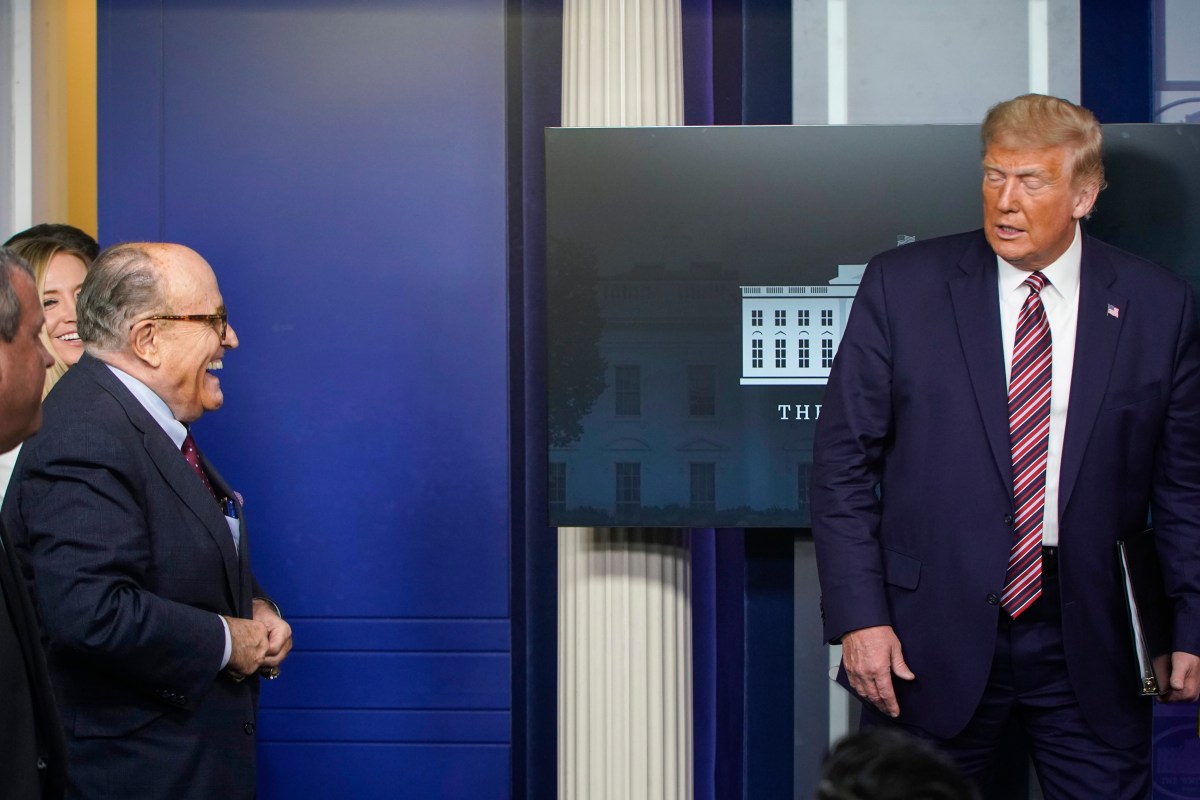 Yesterday, Sean Hannity said on his radio show that soon-to-be-ex-President Trump “needs to pardon his whole family and himself” as he walks “out the door” of the White House. Hannity said that this needs to happen as a protective measure to shield Trump and his dynasty from “Witch Hunts.” And that sounded bonkers and a bit illegal.

But then, also this week, The New York Times reports that Rudy Giuliani, Trump’s personal lawyer (who is under federal investigation) also discussed the possibility of a pre-emptive pardon from his boss. Both of these events raise the bigger question: Can Trump do that? Can he pardon people for crimes they have not been indicted for or convicted of yet? Can he pardon himself?

The Presidential pardon power arises from Article II, section 2 of the United States Constitution, which states that the President “shall have Power to Grant Reprieves and Pardons for Offences against the United States, except in Cases of Impeachment.” Like much of the Constitution, that small phrase has given rise to a large amount of case law and tradition over the years. One thing that’s clear from the text, however, is that it only applies to federal offenses.

But does there need to be a conviction? Traditionally, most pardons are granted after a conviction and a five-year waiting period before someone applies for one. But that’s not strictly the law as it’s been interpreted by the courts. And especially for pardons of their own cronies and friends, or for political purposes, Presidents don’t wait at all. Presidents indeed don’t need to wait for a conviction to issue a blanket pardon for someone, according to the 1866 case Ex Parte Garland, which was decided based on Andrew Johnson’s pardon of a former confederate soldier.

In other cases since, there have been presidential pardons that were granted before anyone was even arrested or indicted. Gerald Ford famously pardoned Richard Nixon after Nixon left office. Jimmy Carter pardoned thousands who illegally avoided the draft during the Vietnam war, and all the way back to the first presidential administration, George Washington pardoned leaders of the Whiskey Rebellion to prevent their prosecution.

So yes, Trump can pardon people before they are tried or convicted, but again, it only applies to federal crimes. And issuing a pardon for Giuliani or his kids has one drawback: it’s a clear admission they committed a crime. That’s not something I think Trump wants to do, but then again, he’s not a very smart man and he’s surrounded by other people who are not in touch with reality so … maybe he’ll do it anyway.

A case could be made, and some have already argued, that the impeachment clause of the pardoning power means a president can’t just not pardon from impeachment, but can’t pardon people whose crimes were committed in conjunction with an impeached or impeachable offense. That would mean Rudy Giuliani, who is under investigation for corruption tied to Russia and Ukraine that was directly linked to Trump’s impeachment. This might also apply to Trump’s own impeachment-adjacent crimes.

The biggest question is: can a president pardon himself? Well, no president has ever tried it so, we can’t know. In United States v. Klein, the Supreme Court held that the pardon power doesn’t have limits and that Congress can’t limit them or tell the court how to rule with regards to pardons. But … the impeachment clause of the pardoning power once again interferes here, because it implies that the power is not meant to get a president out of their own bad deeds. Also, The Washington Post argues, a pardon is a transaction between two parties, and thus Trump can no more pardon himself as he can buy a house from himself. It’s logically void.

But just because something has never been done, can’t be done, or shouldn’t be done doesn’t mean Donald Trump won’t try to do it. He doesn’t have any respect for law or norms, so he might try to pardon himself. He certainly thinks he can, but again, that would mean admitting he did something wrong and, as I said, that’s something he’s incapable of doing.

We only have fifty days left in this cursed presidency, and it’s infuriating to think that there’s a good chance of Trump abusing his powers on the way out in a way that will shield evil-doers from consequences. But I take hope in the fact that this is only about federal crimes and that the New York Attorney General and District Attorneys might have all sorts of surprises in store for the Trumps.