Photos: Airplane Factory Was Camouflaged As a Small Neighborhood to Protect from Bombing During WWII | The Mary Sue

Photos: Airplane Factory Was Camouflaged As a Small Neighborhood to Protect from Bombing During WWII 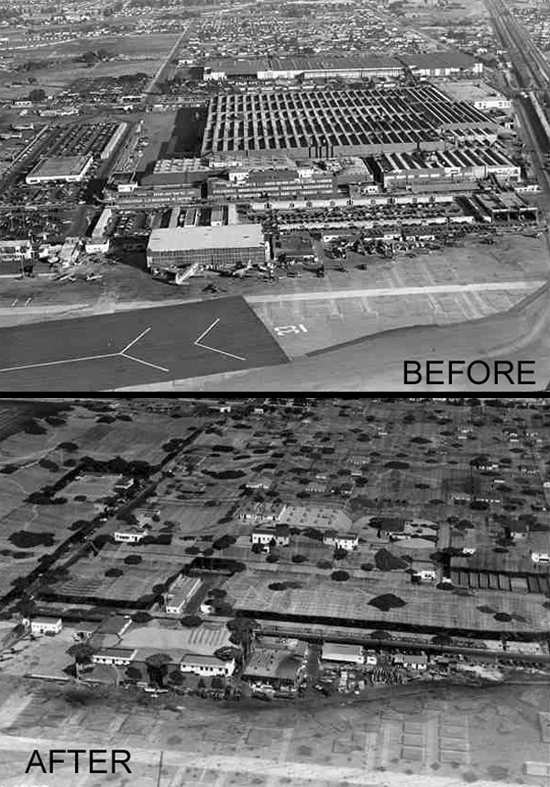 During World War II, U.S. officials were worried that the Japanese would bomb Lockheed’s aircraft factory in Burbank. Their solution was an amazing act of military deception: They got the Army Corps of Engineers to disguise the entire massive plant as a bucolic rural subdivision. “Another person who lived in the area talked about as being a boy, watching it all be set up like a movie studio production. They had fake houses, trees, etc. and moved parked cars around so it looked like a residential area from the skies overhead.”

It gets even better: According to accounts, Lockheed and the government got Hollywood’s help to further the ruse by making a fake Lockheed plant as a decoy. Warner Brothers disguised a nearby studio so that it looked like an aircraft plant from the air, in case the Japanese had intelligence that there was a military facility in the area. “For many years after one of the sound stages bore the leftover letters ‘HEED AIRCRAFT COMPANY,’ obviously the remanants of a fake Lockheed sign.”