The series creators discuss their pivot from a season to a series finale. 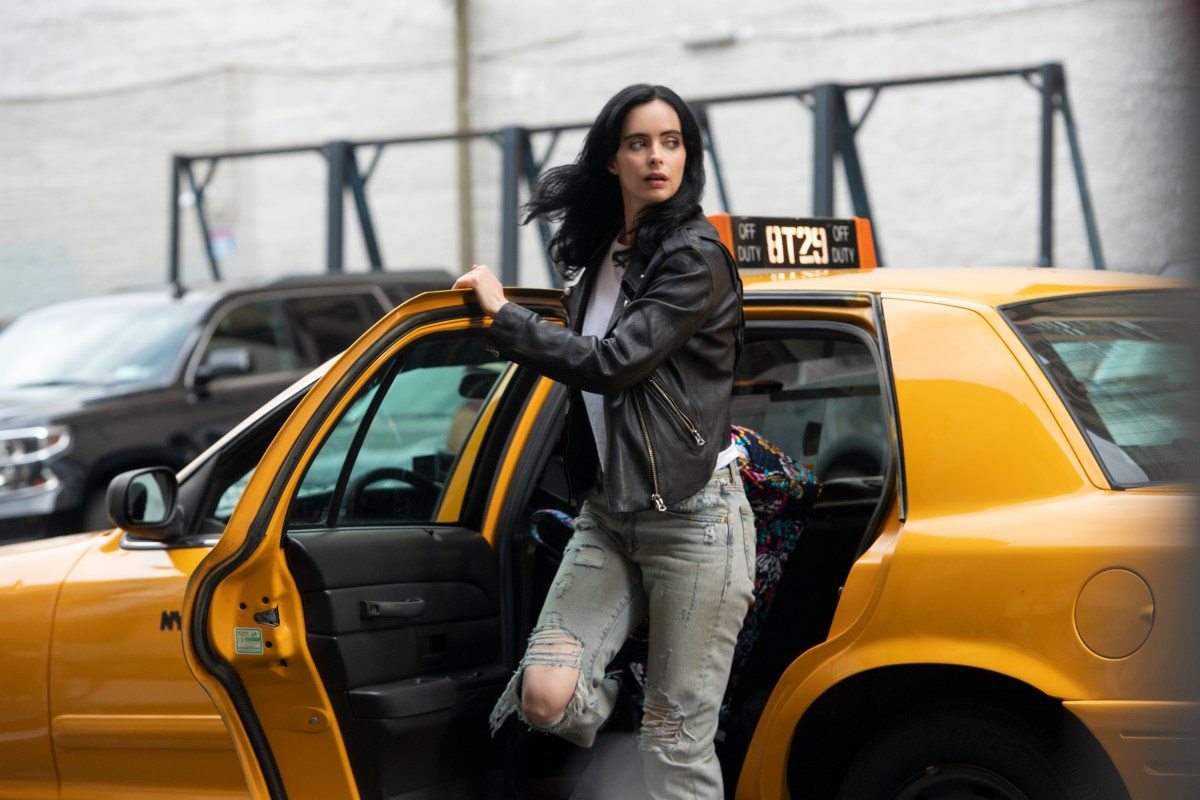 SPOILER ALERT: This post discusses the events of the series finale of Jessica Jones.

Unlike their fellow Netflix/Marvel series, the creators of Jessica Jones found out that the show was cancelled while the third season was still in production, allowing them to craft a satisfying ending for the acclaimed series. And as the last show standing, Jessica Jones finds itself in a unique position to say something about the Netflix/Marvel partnership as a whole.

The series finale “AKA: Everything” sees Jessica going head to head with her sister Trish, who has become the season’s unwitting Big Bad. It’s a devastating blow to Jessica, as she must stop the only family she has left. At the top of the episode, she is visited by former flame/Defender Luke Cage (Mike Colter). It’s a welcome return for the character, who we last saw taking over as the new owner of Harlem’s Paradise. And while we’ll never see that story continue, it was refreshing to see Luke back where he began, with Jessica.

Luke, who knows something about problematic family members, tells Jessica that she needs to come to terms with sending her sister to The Raft. He reminds her that her own internal moral compass is sound, hinting that he hopes someone loves him enough to keep him in check. It’s a heartfelt hero-to-hero moment that leans on the characters’ shared history together.

The series ends with a defeated Jessica packing her bags and giving Malcolm the keys to her apartment/office, telling him not to screw it up. She heads to the train station, where she books a ticket for El Paso, TX with plans to go onto Mexico. In the original planned ending of season three, Jessica would run away. But when she found out that it would be their last season, creator Melissa Rosenberg changed tactics, saying:

“Honestly, I’m having a hard time remembering, because we really embraced this [ending]. It may have been that Jessica actually just was going to leave. I think that was it when we first were breaking the story, before we even started cameras rolling. Then as we began to sense that this was going to be the end, we said, “Oh, my God, she can’t leave, because then our message to the world is, ‘When the going gets tough, a woman should just give up.’” So it’s like, “Okay, that is not the message we want out there.” If we knew there was a fourth season, then we could have brought her back. But just in case it was the end, we did not want to end on that note. It would be contrary to who she was.”

As the ticket seller slides the ticket across the counter, a purple light is cast over the scene. Jessica hears Kilgrave’s voice in her head, telling her “You’re right to give in. Give up. It’s someone else’s job now.” Fans have been waiting all season for the return of Kilgrave who, since his death, has come to voice all of Jessica’s self doubt. We saw Kilgrave manifested in Jessica’s mind last season after she accidentally kills her mother’s abusive prison guard.

While Kilgrave is dead, the lingering effects of his trauma will always haunt Jessica Jones. But she’s too strong to give into him and the negative voice he’s assumed in her head. Jessica turns away from the ticket booth and strides back into the city as Le Tigre’s “Keep on Livin” begins to play. It’s a triumphant moment to end on: since the premiere of the series, Jessica has shirked the mantle of hero. Now, she embraces it and returns to her home, ready to take on whatever is next.

“I think she might try something else out, because her worst nightmare is being something that Kilgrave would want her to be, and this is what he always wanted Jessie to be, walk away from the hero stuff. When she realizes that, the fighter in her kicks in, and she steps away. I think she has no idea what she’s going to do, but she’s going to fight. And whatever form that takes, she is going to fight. She is never going to become the person who Kilgrave wanted her to become.”

It’s a soulful, upbeat ending for cynical survivor Jessica Jones, that reminds us all to keep on living.