Caitlyn Jenner Takes the Stage at The 2016 MAKERS Conference, Is Adorably Giddy 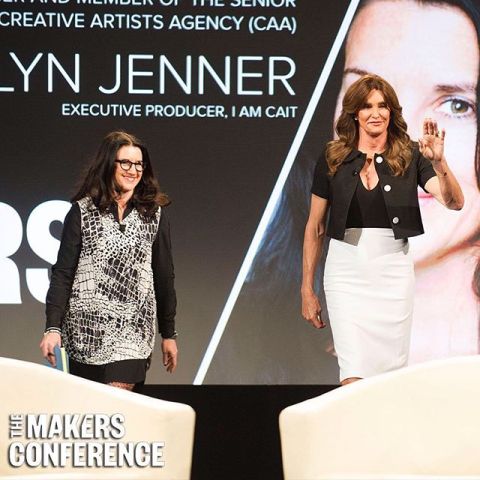 The 2016 MAKERS Conference, which ends today, is a place where influential women from all fields and walks of life can come together to create action items that they can take out into the world, making it better for women – in in doing so, for everyone. Former Olympian and current star and producer of I Am Cait, Caitlyn Jenner sort-of participated in a Q&A at the event moderated by Michelle Kydd Lee, Chief Innovation Officer at Creative Artists Agency. I say “sort-of,” because Jenner couldn’t help doing most of the talking, not out of rudeness, but out of excitement! It was in watching her there that I developed a new appreciation for her.

You can watch Jenner’s full Q&A here. Sitting in the room watching her, I realized that this was the first time that Jenner felt “real,” to me. Here’s this person I’ve only ever seen on reality shows and in tabloids being vulnerable in a room full of women, a group from which she had always felt excluded until now. Jenner was palpably moved, and seemed close to tears, when talking about having even been asked to be a part of The MAKERS Conference in the first place, citing it as one of the best moments of her life, because she was being accepted as “part of the club.”

Watching her also got me thinking about the pressure placed on her to use her platform to make positive change for the transgender community. Jenner seems genuine in her desire to do that, even as she’s learning about herself. In fact, when she starts talking about trans issues, she goes into “talking point” mode. It’s clear that she’s disseminating recently-learned information that she hasn’t fully digested. And yet, she’s trying. She’s wants to make the talking points. They’ve become important to her, because she’s come to realize they are a part of her now, no matter how privileged she’s been. 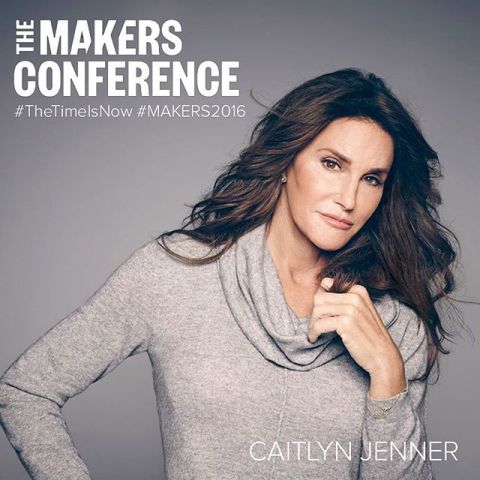 When Lee brought up the fact that it’s been only nine months since Jenner came out to the world, I was shocked. It feels like she’s been out forever, but the reality is, she’s only been living publicly as a woman for the length of a school year. Taking that into account, I realized that underlying her giddy chatter about Girls’ Nights and nail polish, and even her attempts to relate to womanhood by saying stuff about clothes and saying “Right, ladies?” as if all women were like the women in her family was this intense desire to belong, and a giddiness about finally, at long last, being able to be honest about that. Yes, she’s still figuring out the language. She’s still figuring out how best to use her platform. But it’s been less than a year. And she’s in her mid-sixties. There’s a lot of unlearning that needs to happen.

The difference now, of course, is that she now has a trans community, and she went out of her way to thank all the trans women associated with I Am Cait, acknowledging several times how much their help and support have meant to her.

Where I found a bit more fault was in the premiere of Jenner’s new MAKERS video, which opened the Q&A. It’s understandable for Jenner to still be wrestling with certain things publicly after sixty-five years of wrestling privately without a community’s support. It’s less OK that, throughout her MAKERS video, the producers chose to consistently use male pronouns on-screen when talking about her, perpetuating the notion that Jenner has “turned into” a woman, rather than acknowledging that she always was one, even when she was called Bruce.

This is the one misstep I could see in the entire day of The 2016 MAKERS Conference that I attended, and I tweeted about it to make my feelings known to them. They’d been liking my supportive tweets on Twitter all day, but I didn’t get a little red heart from them for this one. I hope they make the decision to change the video. It wouldn’t be a difficult thing to do. However, leaving it as-is subtly perpetuates stereotypes that we’d all be better off without.