California Republicans Have Been Setting Up Illegal, Unofficial Drop Boxes to Harvest Ballots

Oh look, it's that election fraud they keep saying will happen. 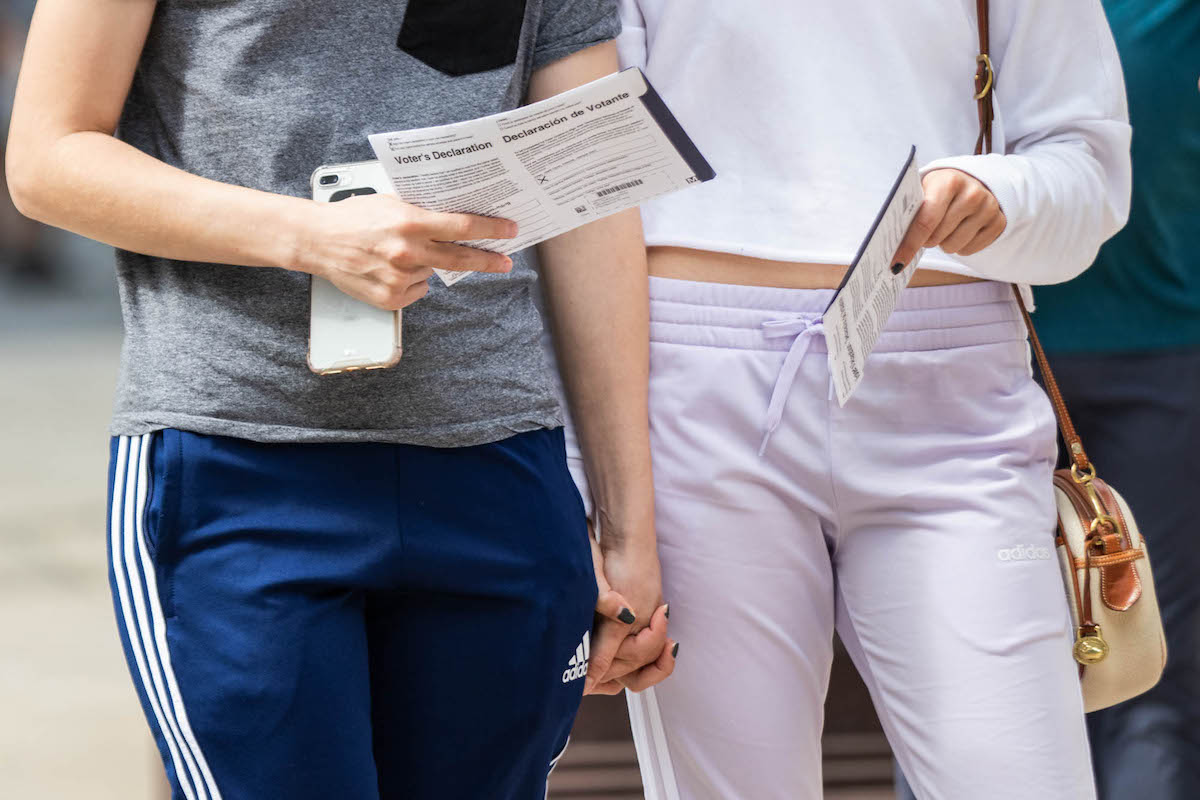 California’s Secretary of State and Attorney General have instructed the state’s Republican Party to remove a number of “official ballot drop boxes” that started popping up over the weekend. Why? Because as it turns out, you can’t just print out a sign that says “official ballot drop box,” slap it on a metal locker, and start harvesting votes. Which appears to be exactly what the GOP is doing.

Honestly, it doesn’t seem like they’re even trying to look legit. This is an actual official ballot drop box in California:

And this is the Republicans’ DIY craft project: 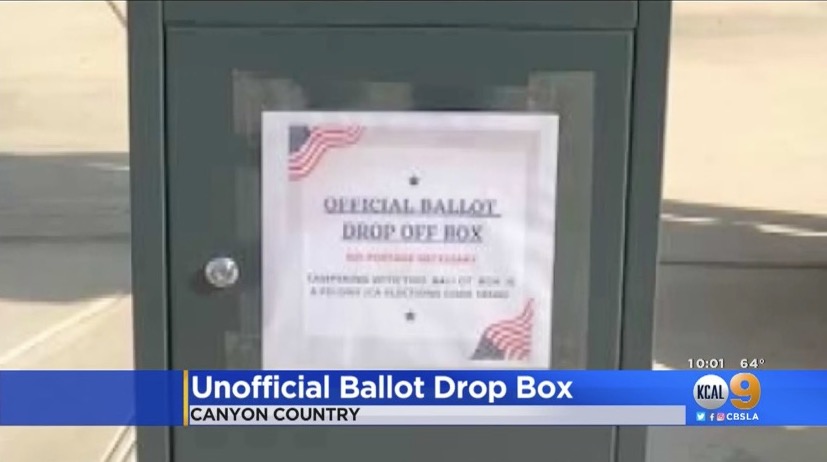 The California Republican Party has received a cease and desist letter with a Thursday deadline to provide the secretary of state’s office with all the names and information of everyone who has used the drop boxes so that they can verify their votes and make sure they’re counted and valid.

“Anyone who tampers with the vote is tampering with free and fair elections,” California Attorney General Xavier Becerra wrote on Twitter. “We will do all that’s necessary under law to protect Californians’ right to vote.”

The state’s GOP responded by pretending not to understand what the big deal is.

“In California, where you can have convicted felons and individuals with a criminal history go door to door and collect ballots from voters, Democrats are now upset because organizations, individuals and groups are offering an opportunity for their friends, family, and patrons… pic.twitter.com/Ljx3WOldmd

“In California, where you can have convicted felons and individuals with a criminal history go door to door and collect ballots from voters, Democrats are now upset because organizations, individuals and groups are offering an opportunity for their friends, family, and patrons to drop off their ballot with someone they know and trust,” they wrote in their statement. “The Democrat anger is overblown when state law allows organizations, volunteers or campaign workers to collect completed ballots and drop them off at polling places or election offices.”

There is so much wrong with this. There are strict guidelines set up by county elections officials to ensure that ballots are collected safely and securely. These random, unstaffed boxes absolutely do not comply with those guidelines.

Writer Dianna Anderson had a great thread this weekend about just how strict those guidelines can be, based on their time as an organizer in Iowa (where the rules would be different but likely similar). The big takeaway is that the chain of custody in handling a person’s ballot is incredibly meticulous and strictly enforced, including possible prosecution if a ballot is lost or mishandled.

These fake ballot drop off boxes do not meet any of those standards. When a canvasser picks up your ballot, there is a chain of custody that ensures that ballot makes it to its intended location. You know when you hand it off that the volunteer is acting on behalf of a party.

It’s the difference between handing someone your mail to drop it at the post office and someone setting up an unauthorized mailbox with a promise that they’ll collect and send the mail.

There’s no direct hand off from the voter, which is the mechanism by which “agent of delivery” in elections functions.

Chain of custody is a big deal and a fake ballot box that the GOP *says* they’re using to collect ballots to take in to the county breaks that.

Indeed, state officials have said that if the GOP refuses to remove the boxes, they are “prepared to take action to enforce state law, should it become necessary.” The Washington Post notes that “Erecting or advertising unofficial ballot boxes could be a felony that carries a two-to-four-year prison sentence, according to the secretary of state’s office.”

A number of GOP reps have been promoting these boxes on social media, like a now-deleted tweet from a GOP regional field director encouraging people to “DM [him] for convenient locations to drop your ballot off at.” Yup, that’s a felony right there.

OC voters — these are FAKE. Please only drop off your ballot in @OCRegistrar drop boxes. pic.twitter.com/kAoP1DwdKI

So many Republicans, led by Trump, have been railing against mail-in voting because they think it’s too susceptible to tampering. It’s becoming entirely clear that they only think that is because they have no idea (and no interest in looking into) just how detailed these processes are and how much work has been done to make sure they’re secure. They think it’s so easy to commit election crimes that they’re getting caught doing those crimes, thereby proving that it’s actually really hard to do election crimes without getting caught!

Republicans: THERE’S GONNA BE SO MUCH MAIL-IN VOTING FRAUD!

(via KCAL 9 CBS Los Angeles image: GABRIELLA AUDI/AFP via Getty Images)
Want more stories like this? Become a subscriber and support the site!